The first snapshot was taken at the bridge, where we ran into the young guy last night. 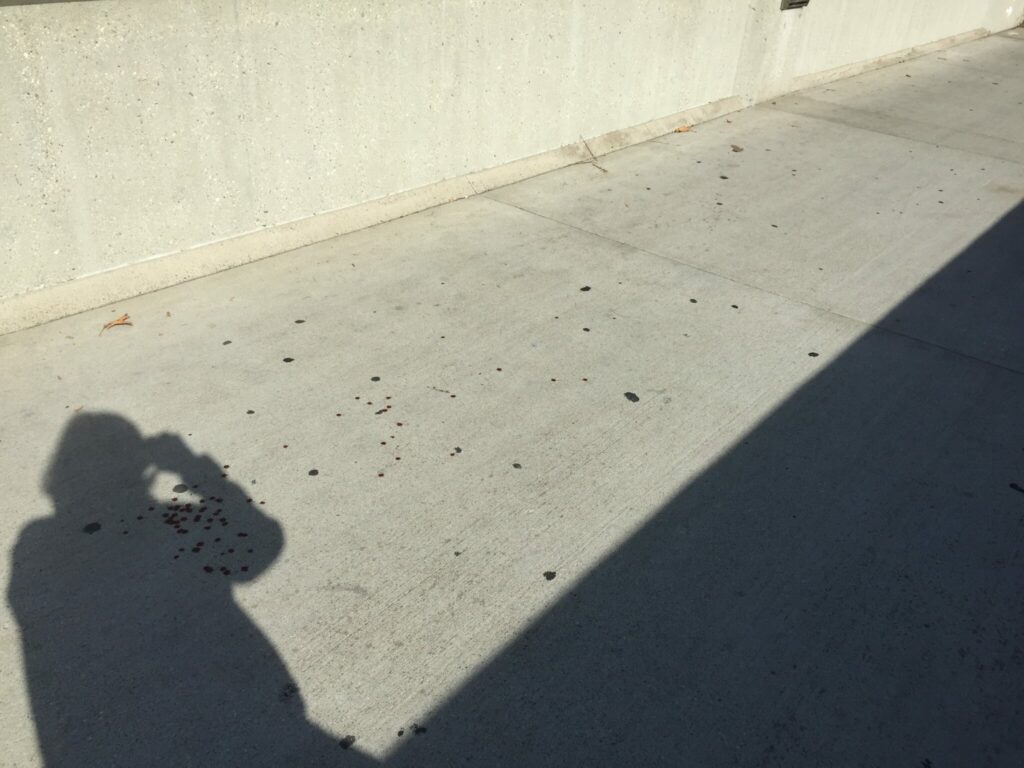 This morning, when I went to the usual area for the yoga meetup, I noticed there was blood everywhere. It was like there was some bloody fight last night. Drops of dark red blood formed a trail from the bridge to the bathroom area to the Senior Building’s outdoor patio, where we usually do the yoga meetup. But the patio area was like a slaughterhouse. There was a man cleaning the blood off the cemented ground. I asked him what happened, and he just said he was called to clean it up.

The next 6 snapshots was taken at the patio area. 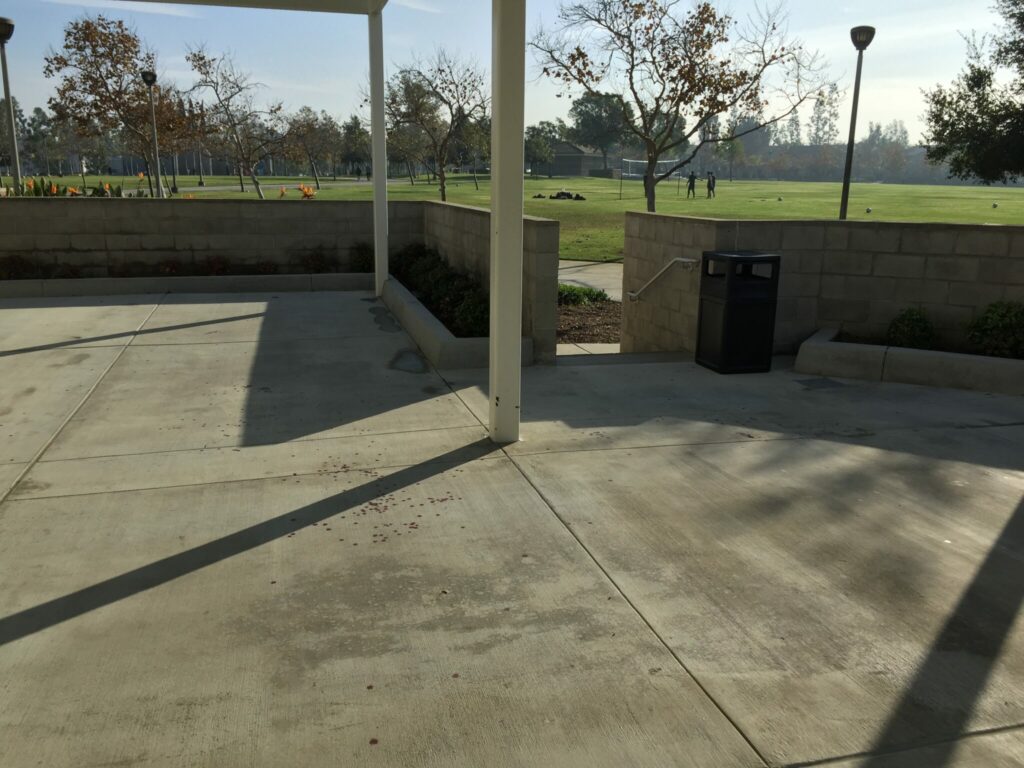 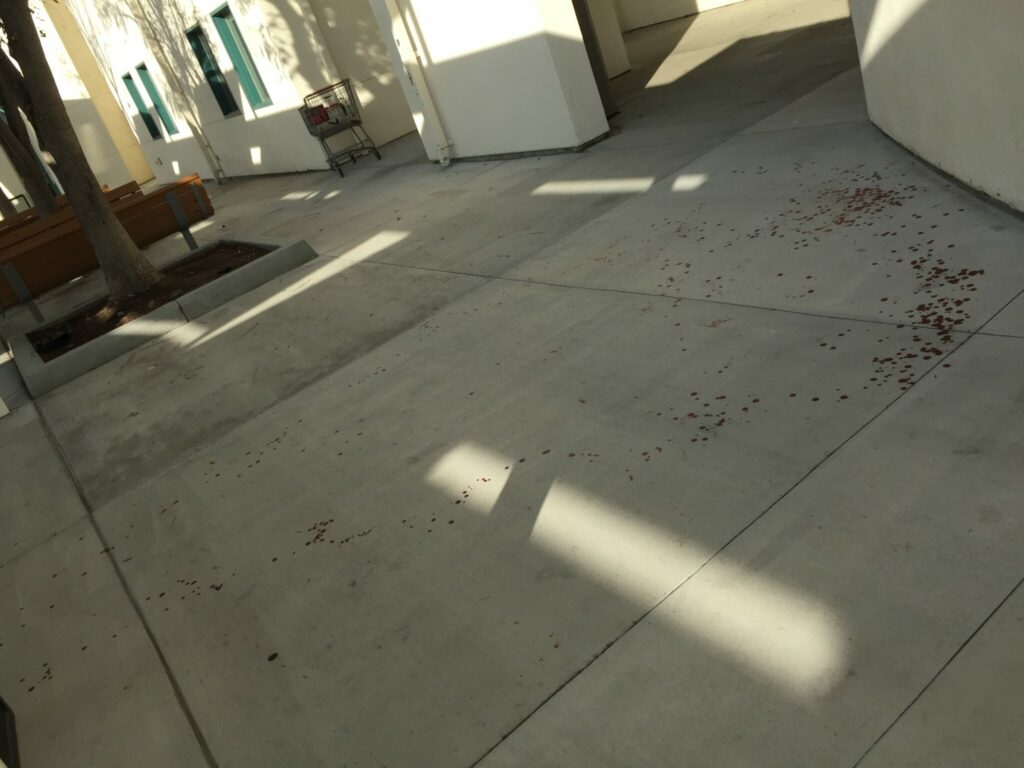 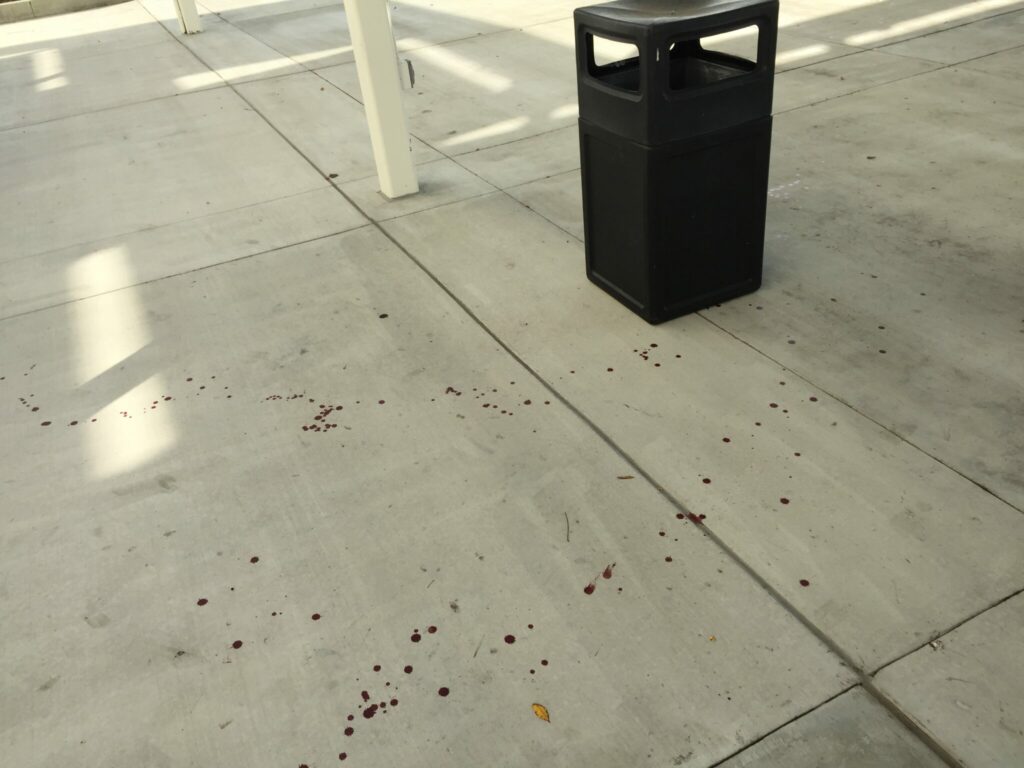 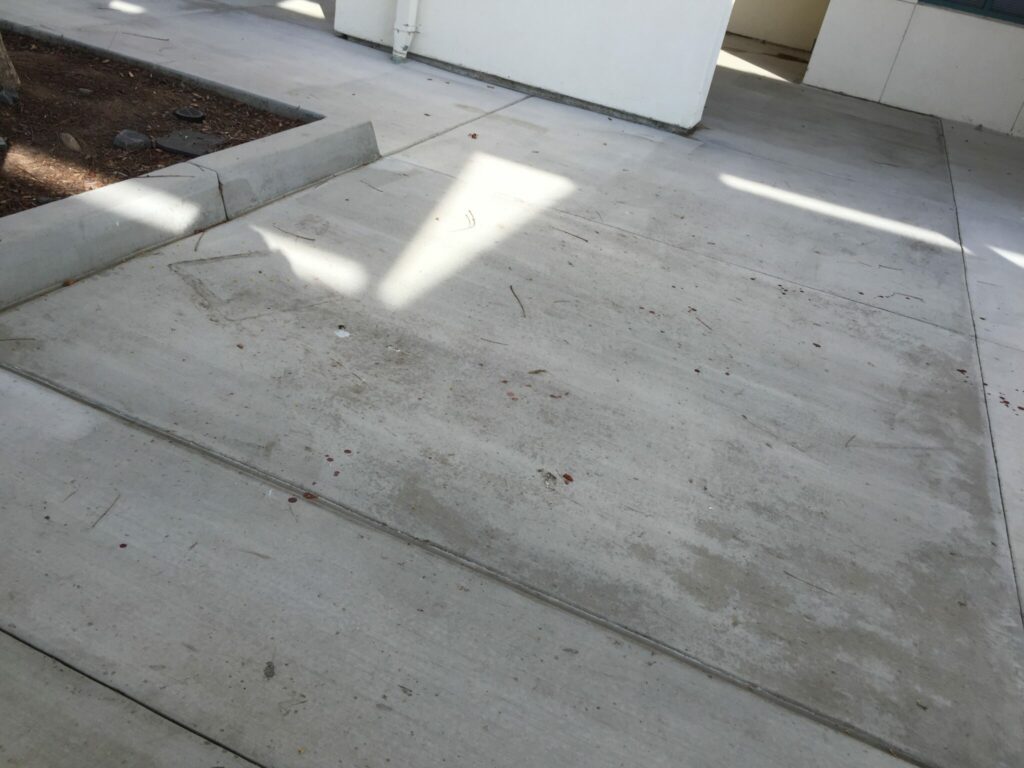 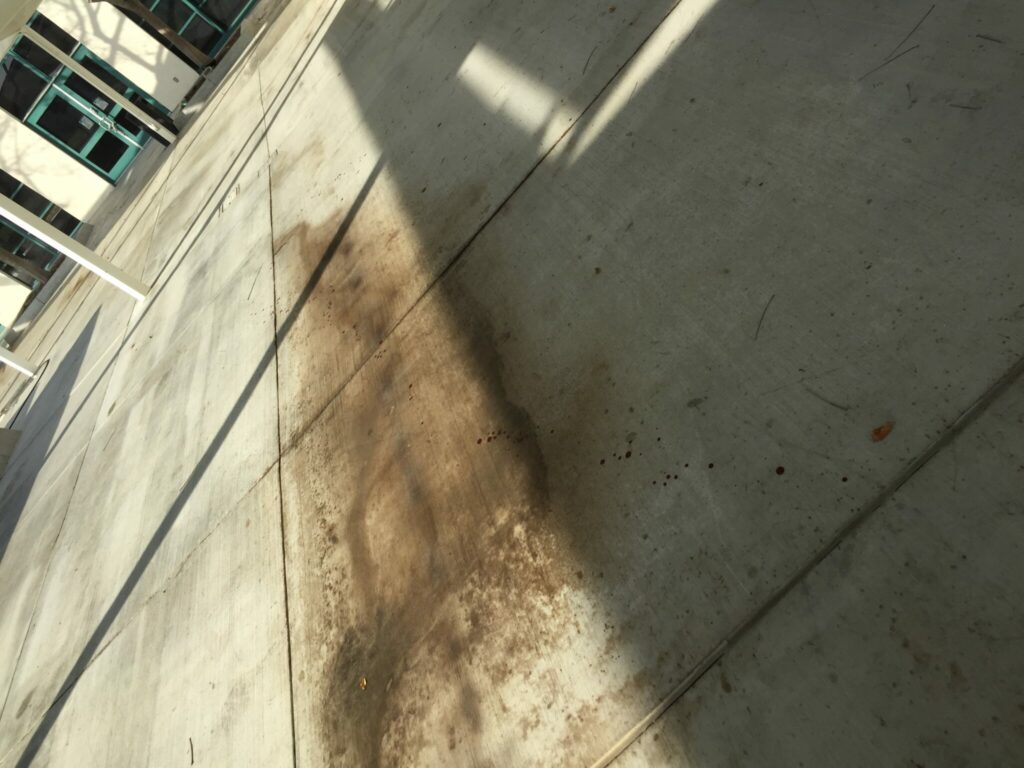 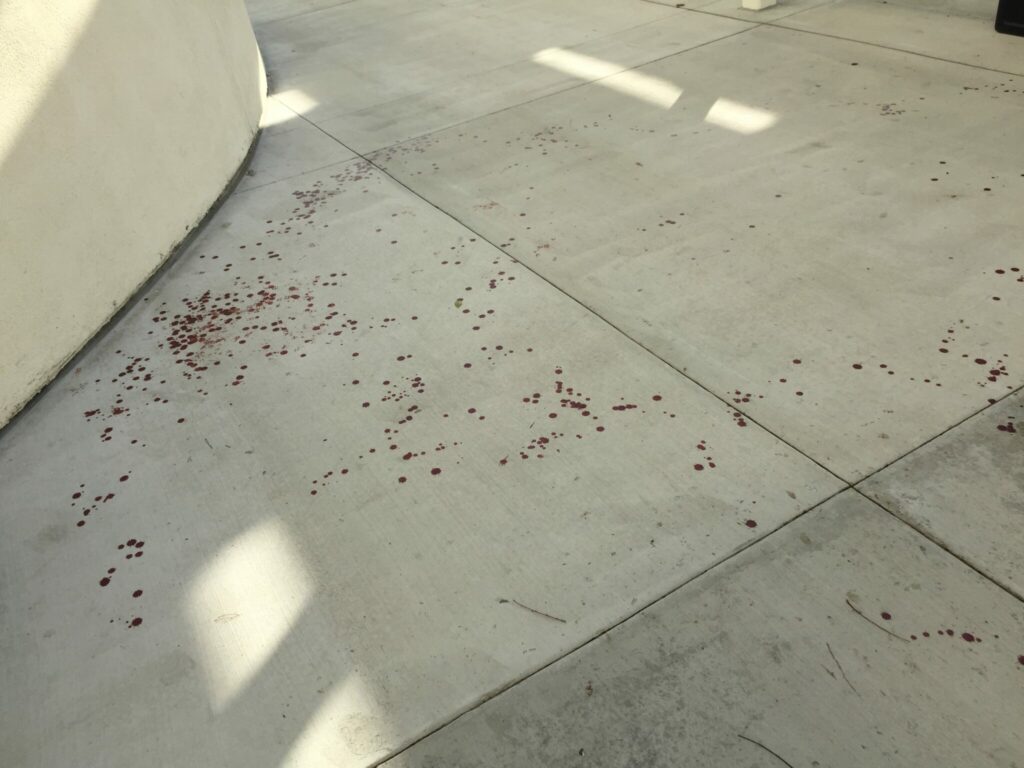 I think this happened last night while I was at the walking meetup in the same area. 7 people showed up for the walk, but only 5 people did both lakes. Toward the end of the walk, I was walking ahead of the group with two other women. He suddenly heard someone scream, I think, “Oh Fuck.” We looked back and saw a young guy on a bicycle, getting off his bicycle and struggling. One of the women had to go to the bathroom. So, we decided to walk back to the park restroom building. We stopped by the young black guy, and he looked shaken up, weak, and losing a lot of blood, dripping to the ground quickly. I hope he made it to Hoag. One of the women asked if we can call 911, but he said no, and he will go to Hoag. I think there is a Hoag Clinic in the Woodbridge Center, across the street from the grocery store.

By the restroom building, there was more blood on the ground, especially near the women’s bathroom. He must have went inside to clean up. The woman that went inside the bathroom said that the sink was filled with blood.(I went inside the bathroom this morning, and the sinks are now clean, but there is still blood outside by the restroom). Last night, while we were waiting for the woman to use the bathroom, we noticed a man standing inside the doorway of the men’s restroom, but his back was to us, and he looks like he was moving a little, maybe talking with someone inside. Maybe there were more people in the men’s bathroom cleaning up their bloodied body that the young guy had to go inside the woman’s bathroom to clean up.

These last four snapshots are by the restroom building. 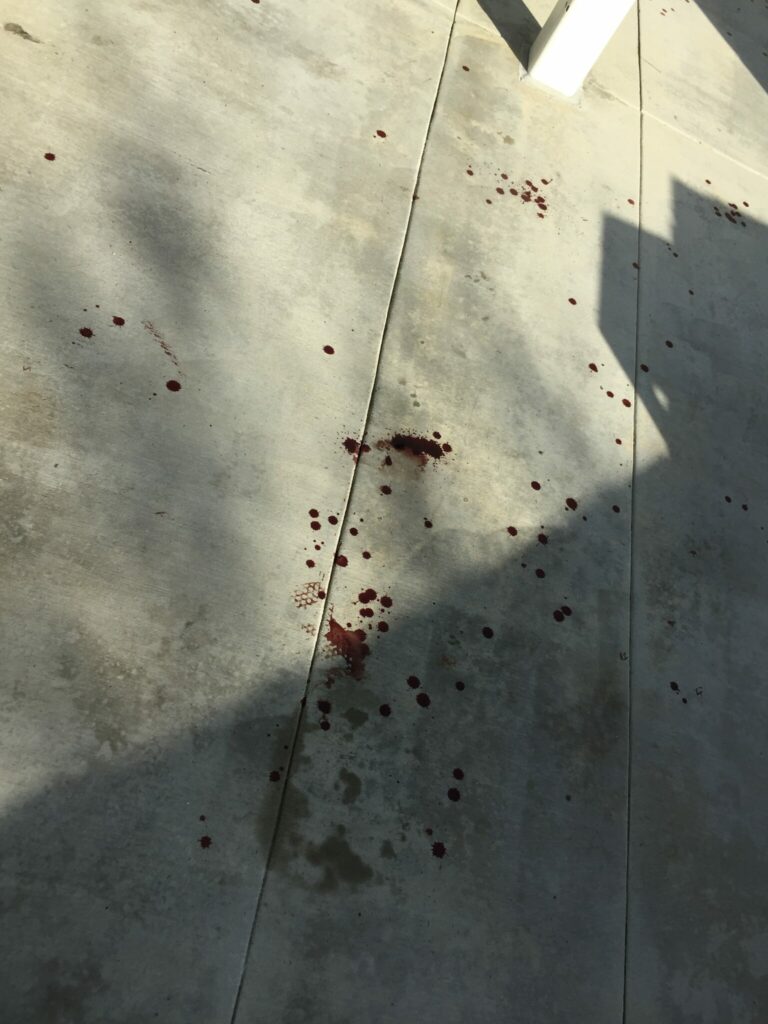 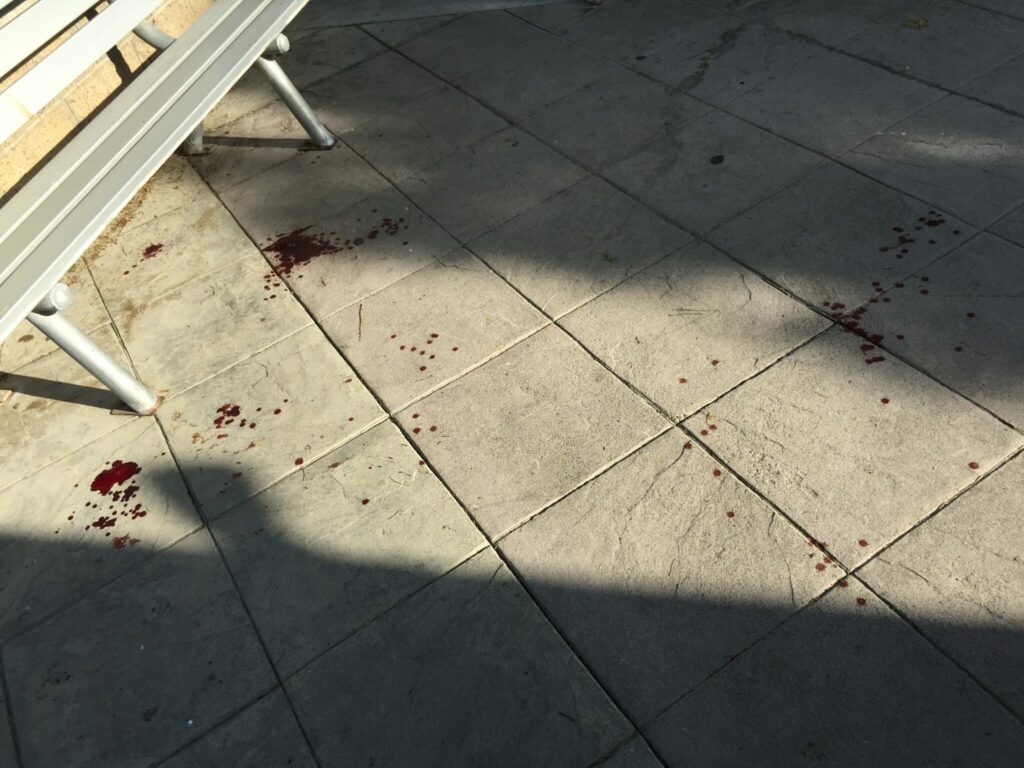 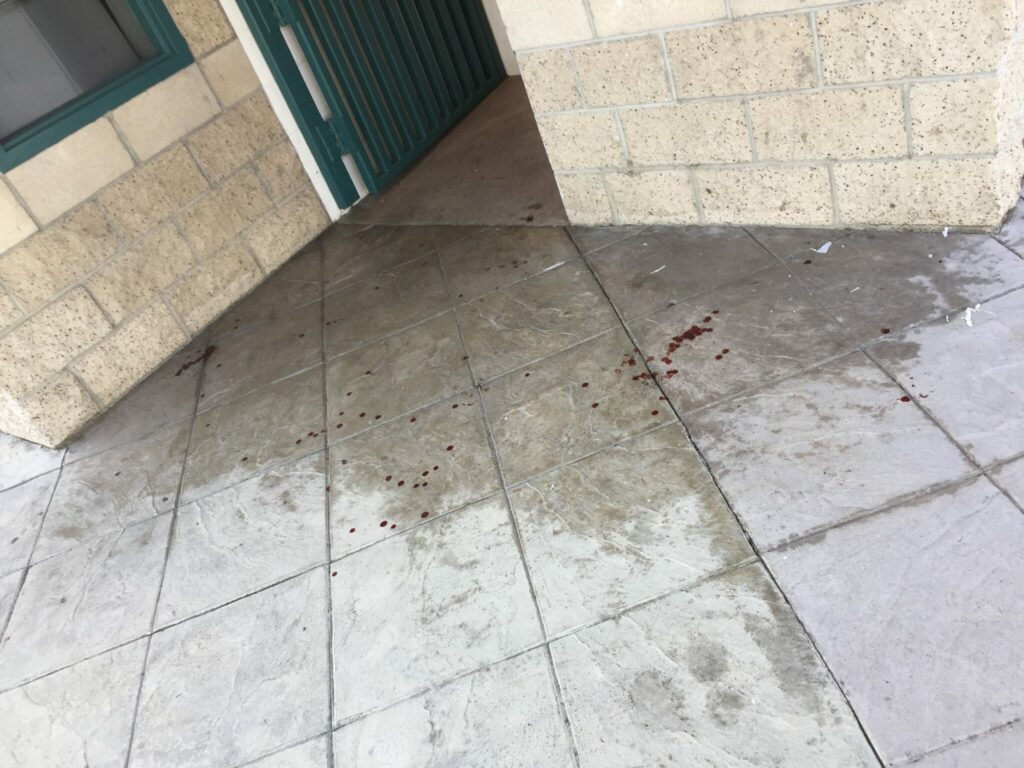 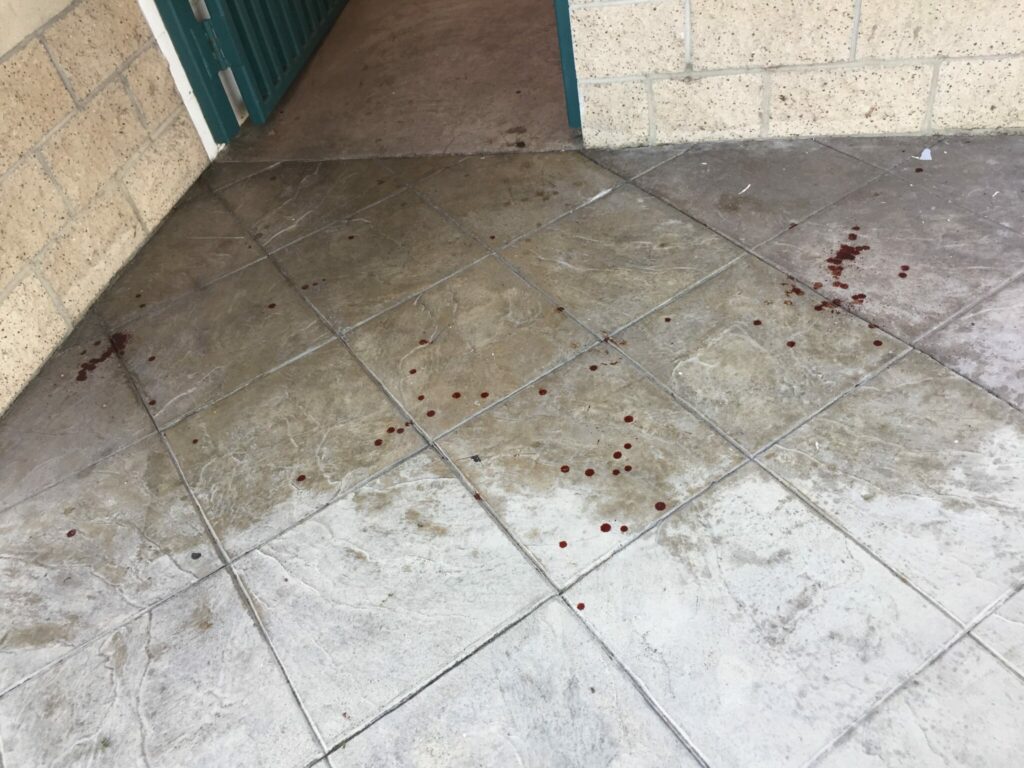 I wonder if there was a gang fight or some kind of fight. Irvine is a quiet and peaceful surburb, although I have noticed gang graffiti in some areas. So, I am aware there are gangs somewhere in Irvine).