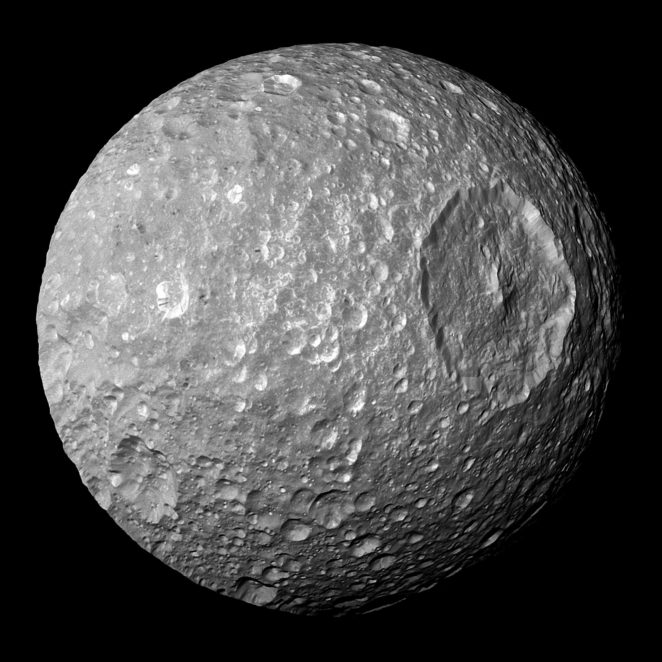 Mimas is the closest to the host planet of any of Saturn’s major moons, orbiting in the outer part of the ring system. Its mean distance from Saturn is 115,208 miles (185,520 km) and it completes an orbit every 0.94 Earth days. Like our own Moon, Mimas is in what is termed synchronous rotation, which means that it rotates once every orbit, so the same side is always facing the host planet.

Mimas is an icy, inactive world with a heavily cratered surface. Many of the larger bowl-shaped craters have central peaks.

One such crater stands out from the rest due to its enormous size. This is Herschel (named after William Herschel, who discovered Mimas in 1789). The crater is about 80 miles (130 km) wide and nearly six miles (10 km) deep. There is every chance that Mimas would have been smashed apart had the impacting object been any larger than it was.

Mimas was the sixth Saturnian moon to be discovered. William Herschel also discovered Enceladus soon after his discovery of Mimas.