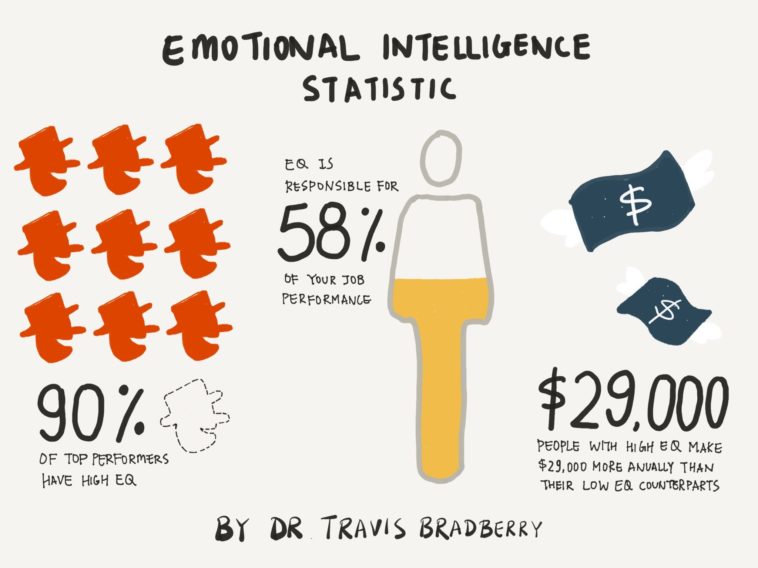 The emotional intelligence of a person is basically how one perceives his own emotions and that of the person he/she is interacting with. It affects how we manage our behaviour, navigates social complexities, and make personal decisions translating into either positive or negative result in life.

The concept of Emotional Intelligence came into existence only in 1995, thus, the IQ was considered the sole standard of excellence in life. And even after two decades of its emergence, EQ is shadowed by IQ. This is intolerable to see given how much emotional intelligence affects our life’s social, academic and of course, financial well-being. In fact, scholars of various religions such as Christianity, Judaism, Islam, Hinduism and Buddhism claim EQ resonates with their own religious teachings which is better because it is important that the knowledge of EI is widespread, thus, more the sources the better.

Emotional Intelligence also provided an answer to a rather peculiar finding – it is was found that people with average IQ’s were constantly outperforming the people with very high IQ’s almost 70% of the time. EQ was thus a missing link. EQ unlike IQ isn’t related to intelligence and therefore they aren’t related. Since intelligence is one’s ability to learn and that presumably remains same for a person regardless of his/her age (15 or 50). But emotional intelligence is a set of skills that can be learnt over time with practice and thus it does not necessarily require you to be born with it.

And if you believe you aren’t high on EQ, you should certainly begin improving on it because of its extraordinaire impact on your career. 90% of the top performers in various fields are high on EQ while only 20% of the poor performers have a good EQ.  Also, it is found people with high EQ earn a lot more money. So, it is about time you stop raving about your high IQ (if you have that is) and get your EI tested. For those who have a low IQ, well you may finally have something to rave about (wink wink).