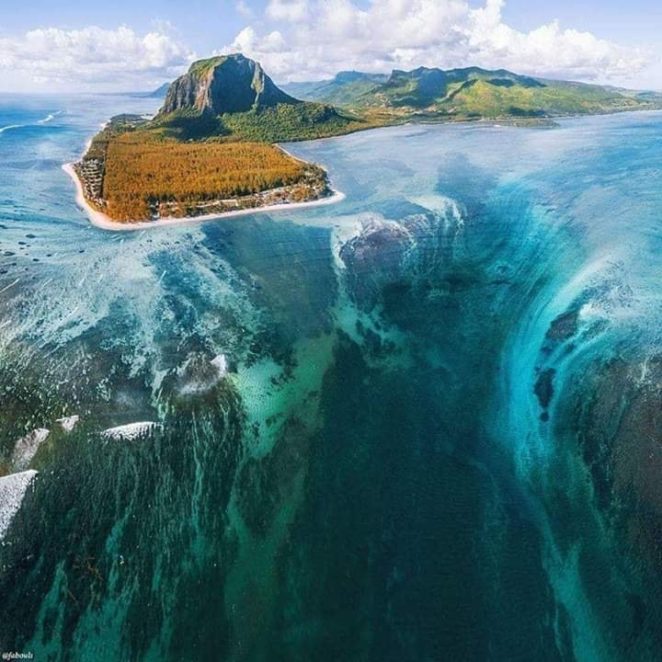 Underwater waterfall, Mauritius About 900 km east of Madagascar lies one of the most developed countries in Africa, the island state of Mauritius and Reunion with Rodrigues makes Mascarene islands caused by volcanic activity. Along the coast of the island lies the magic of nature: the illusion of an underwater waterfall. The illusion is due to the movement of ocean currents across the sand and mud at the bottom, a phenomenon can be seen even on Google Earth.