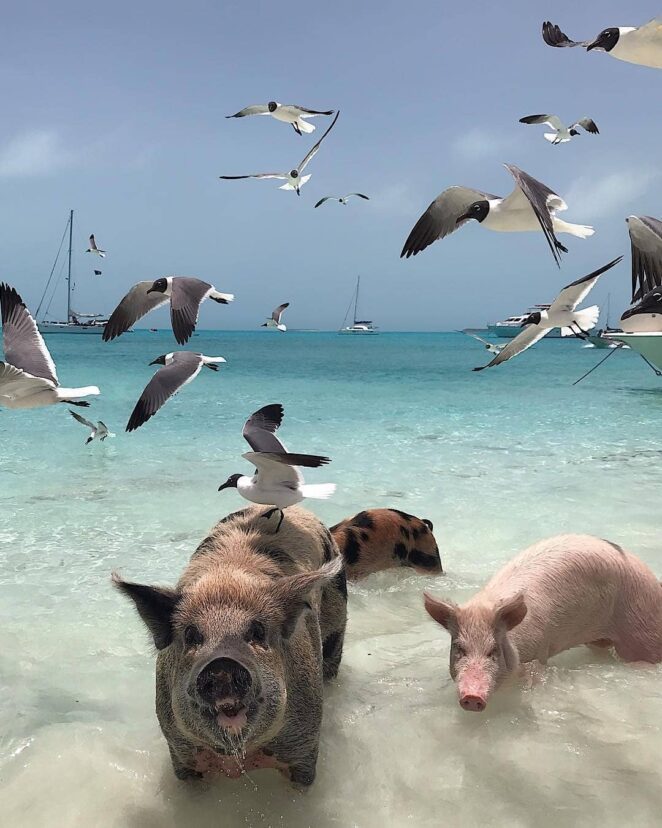 The popular Pig Beach is located in the Bahamas, on an island that is uninhabited by humans, but that is why about 20 pigs and piglets live on it! “Now you’re probably wondering where they came from on an exotic island? There are two legends: rvaThe first is that they were brought to the island by fishermen who wanted to return and make a feast in a few days, but never returned. RugaThe second is that they came from a ship that was sunk nearby, so the pigs swam to the island. Certainly, the pigs in the picture are not wild pigs, but ordinary, domestic pigs, which over time have become accustomed to the “wild” way of life and are now the main “caterers” of curious tourists who come en masse to the island to swim with piglets!