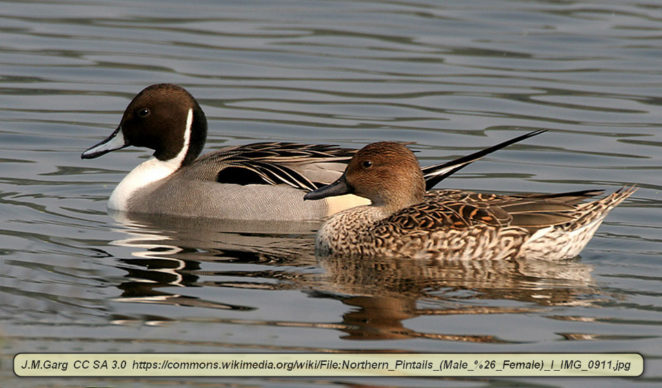 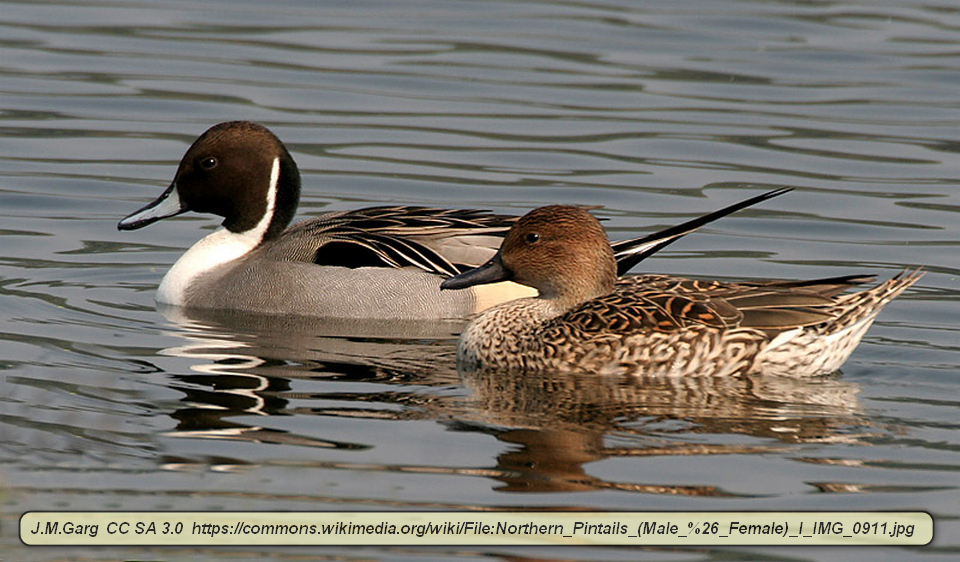 It is safe to say that most people have seen pintails (Anas acuta), even if they didn’t know what they were. The pintail duck (Anas acuta) is one of the most common of the wild ducks. Mallard ducks are possibly the only ducks that are more numerous and pintails are closely related to mallards.

These aren’t large ducks and tend to be somewhat streamlined, weighing around two pounds. The drakes are about 25 inches long, which is again similar to mallard drakes. The drakes are a little larger and heavier than the hens.

Pintail hens look very much like mallard hens. They are grayish brown with mottled light feathers. This allows them to blend into the background. The drakes have dark brown heads, light bellies, dark backs and a white strip on each side of the neck. During breeding season, the speculum, which is a patch on the wings, is dark iridescent green. The bill is blue to dark blue or nearly black.

Pintails get their name from two long feathers in the middle of the tail which give the tail a pointed appearance. These feathers can be four inches long. 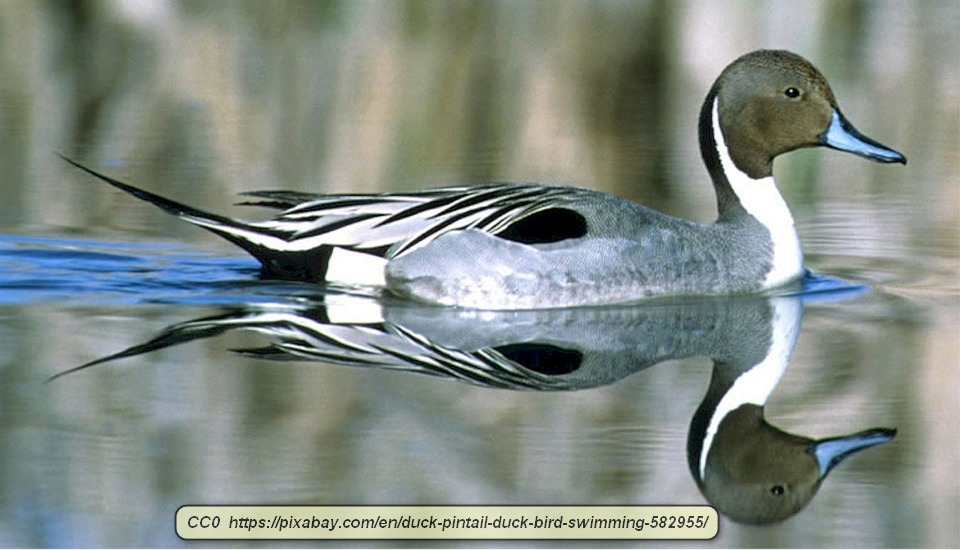 These ducks have a very large range. They breed in the tundra of the far north, nesting in mostly wetland. The nest is on the ground and it is usually a shallow depression with grass and feathers for the 6-10 eggs. The eggs hatch in a little more than three weeks.

Pintails are migratory ducks and are known for their habit of being the first ducks to migrate north in the spring and south in the fall. In the western hemisphere, the areas they migrate to for the winter include the southern US, Mexico, Central America, and the Caribbean. Species living in the south half of the globe migrate north to warmer climates. Large numbers of these ducks over-winter in California and Louisiana each year.

Like mallards, pintails are dabblers. That is, they commonly tip over in the water with the head underwater where they can get to plants on the bottom of lakes and ponds they are swimming on. They also nibble on plants and seeds in shallow water.

At one time, the breeding population of pintails easily eclipsed that of mallards. They aren’t as numerous as they once where, but it is estimated that in North America, there are still about three and a quarter million breeding pintails. Although these are very popular birds among duck hunters, most of the decline in population is probably due to loss of habitat, particularly of wintering sites.

These birds are not close to being threatened and efforts are underway to restore habitat that pintails can use for wintering, so it is possible that we may see an increase in the number of pintails in the future.

Even though this is a very common duck all the way around the world, it is safe to say that pintails aren’t as well known as mallards, which are similar in many ways. Still, if you see ducks in the wild, there is an excellent chance that you will see pintails.