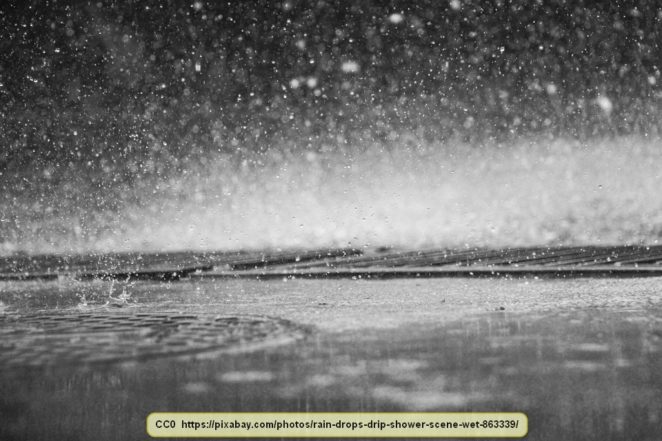 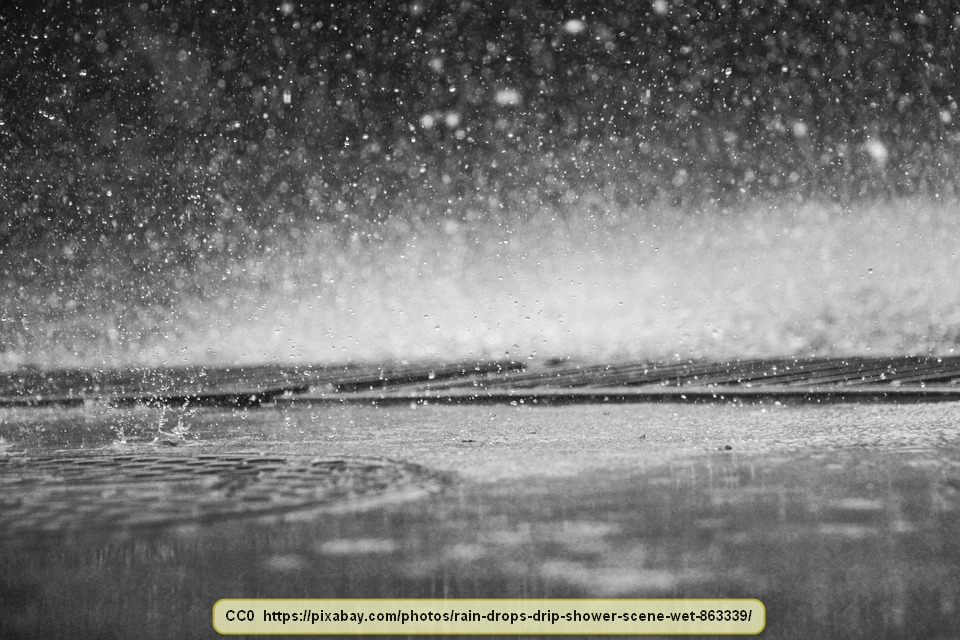 In a given situation, humans have an insane tendency of thinking as negatively as possible. So it is that this year, quite a few people are making a big deal out of the rainfall and snowfall amounts that the US has received since January 1, 2019. They forget that this is a very good thing.

If we wind back the clock just one year, people might remember that on June 11, 2019, 28% of the United States was suffering drought conditions.

Mind you, droughts in some locations in the US are common. That is particularly true of Southern California, the Denver area, and the area around Houston, Texas. More than anything, this is because of the large population of people who are drawing from the local aquifers. However, those aquifers are fed by rain and snow meltoff.

The winter of 2017-2018 was abnormally cold through most of the US, but there wasn’t a great deal of snow, primarily because of ocean currents along the Pacific coast. This was further aggravated by a slightly below normal spring rainfall in much of the US.

As a result, over a quarter of the US had drought conditions in 2018 and a huge number of people were complaining about it.

Especially hard hit were Southern California, most of Oregon, most of Colorado, Utah, Wyoming, Arizona, New Mexico, and a great deal of Texas. Several areas in other states were also in a drought.

This is what the drought map from The Weather Channel looked like on June 11, 2018: 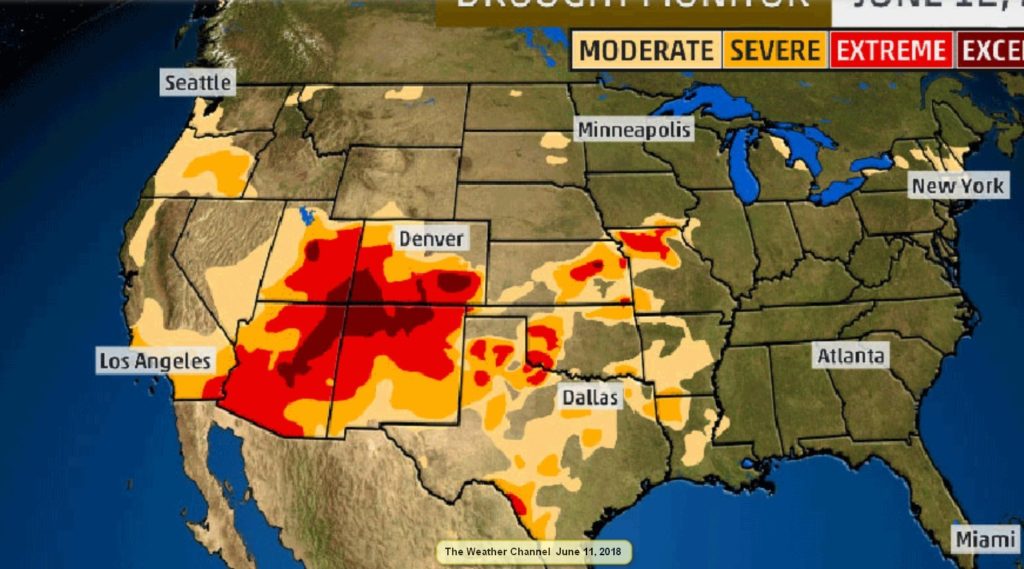 The ocean currents shifted in 2019 and this brought a great deal more snow to the US. The rains came with a lot of the ground that had been previously dry being saturated from a wet, cold, snowy winter.

This has led to flooding in a lot of the US. This is an unfortunate result in a good amount of snowpack and rain. Another result, though, is that a very large number of the same people who were complaining about the dry, drought conditions in 2018 are complaining now about the snow and rain we’ve had.

The snow and rain aren’t entirely bad. In fact, there is a very good side to the water-year to date. As of June 2019, only 4% of the US is having drought conditions.

There are still spots of drought in New Mexico, Washington state, and in the southeast. However, for the most part, all of the most heavily impacted areas of 2018 are no longer in drought in 2019. A case in point; neither Colorado or most of Texas, including Houston, are in a drought.

Here is the June drought map for 2019, also from The Weather Channel: 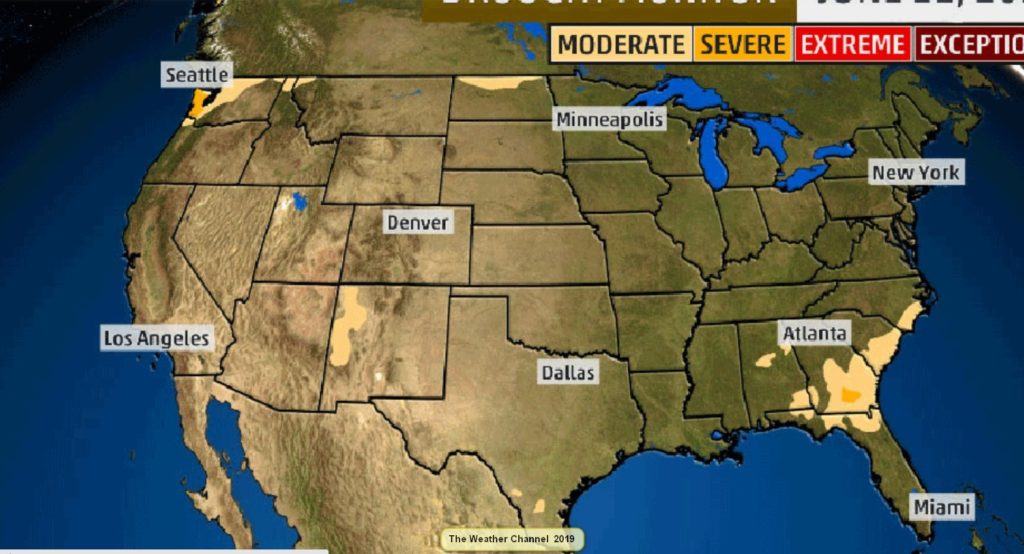 Moving ahead, some areas are still likely to experience drought, including Oregon, but much of the normal drought areas aren’t expected to suffer droughts.

The earth is a marvelously self-adjusting planet. This also goes a long way to explain why droughts rarely last longer than 3 years, not counting the drawing down of aquifers by people.

It is quite interesting that although 2018 and 2019 have been almost total opposites in terms of temperature and precipitation, there are still some people who are trying to blame both on global warming. This may be a big reason that a growing number of people are doubting the theory.