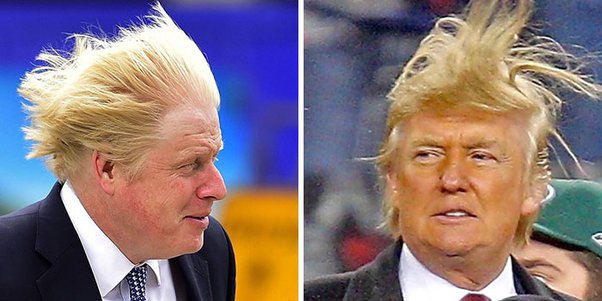 If you thought America was the only country who could push a repulsive clown into their highest office, look at the United Kingdom.

When Boris Johnson became Prime Minister I was struck by how much he resembled Trump. Not just the stupid hair but the superior attitude and belief in his own brilliance.

It is very funny to have watched the clown shows staring; Donald & Boris.  Two creatures with no dignity who cling to power.

In America, where people are less intelligent and civilised, they can run behind their Massa shouting ‘Stop the Steal”.  In the U.K.  people have self respect so  won’t be rolling in the street, demanding Johnson stay on.

The interesting thing with Johnson is that he doesn’t want to leave, like a baby clinging to the crib.   Guess Trump had a big effect on him.