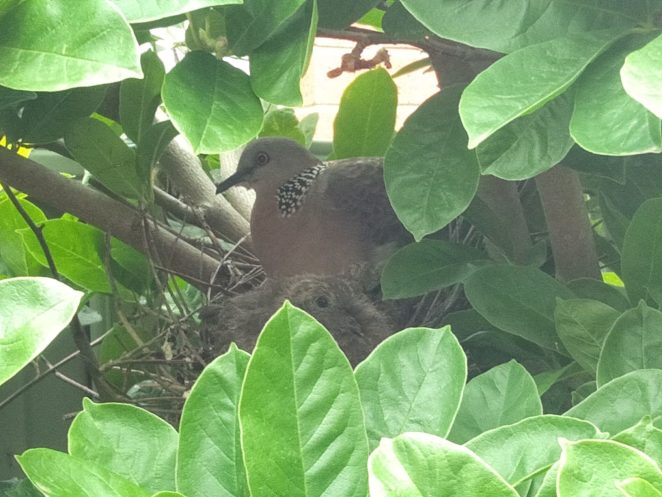 Jack Longing lived in a suburban household block, in a brick veneer house, with a small backyard,

with a magnificent magnolia tree in it.

One day, in early spring, he noticed that a pigeon was flying into that tree, for some reason, or another.

“Was it just tired, or was it just roosting, or perhaps it was nesting, some young ones, of its own?”,

was the question, uppermost, in Jack’s thoughts, as he carefully, quietly, walked over, slowly to have, a better look-see, for himself.

Sure enough, Jack saw the mother bird, with two young hatchlings there beside her.

Jack continued to watch the birds over the next few weeks.

He saw one get stronger, while the other seemed to be lagging behind. 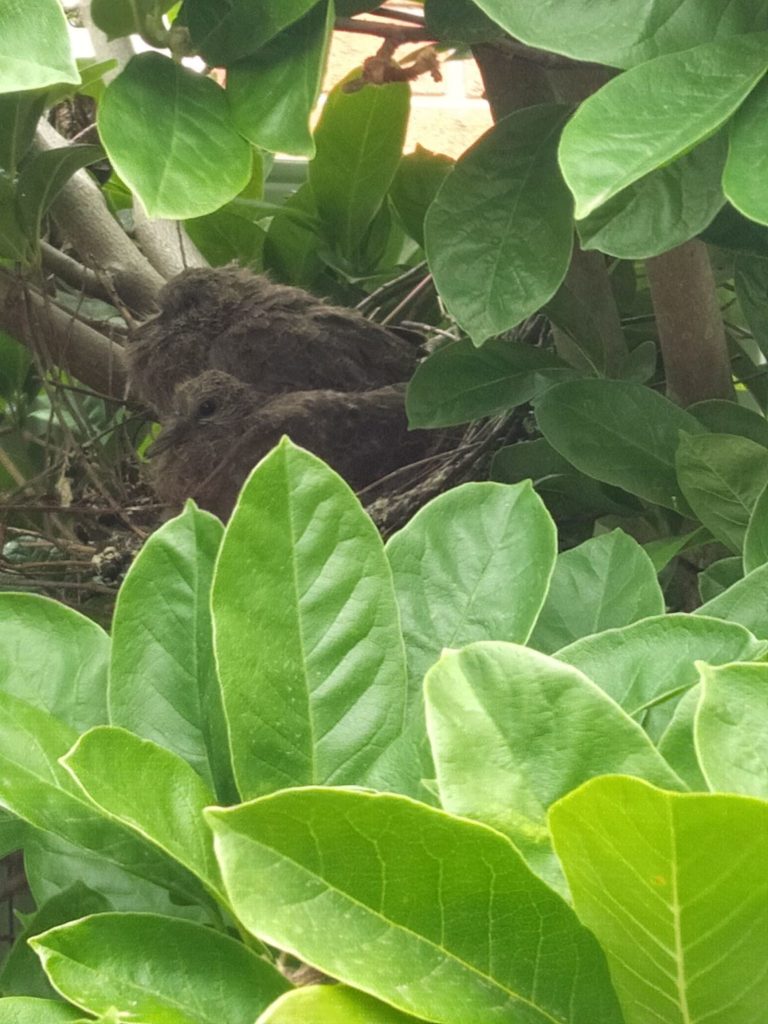 Eventually, the stronger one got brave enough to leave the nest and to fly off, and to never return.

The other one stayed there, despite, its mother encouraging it, by cooing to it, from the roof of Jack’s neighbour’s house, just behind his own house.

Another week went by.

“Would this young bird be ever brave enough to ever leave its nest?”,

Jack was thinking to himself.

Then another week went by, and Jack had to be away for a few days.

When he came back, he was pleased to see that the nest was now empty.

“All of the Mother pigeon’s coaching and coaxing must have worked,”

Jack thought to himself now.

Imagine then, when in another week’s time, Jack, walking past the tree, with the nest, still in it, was surprised to see this young bird was back in there again now. He had just glanced into there, without really thinking to do so. 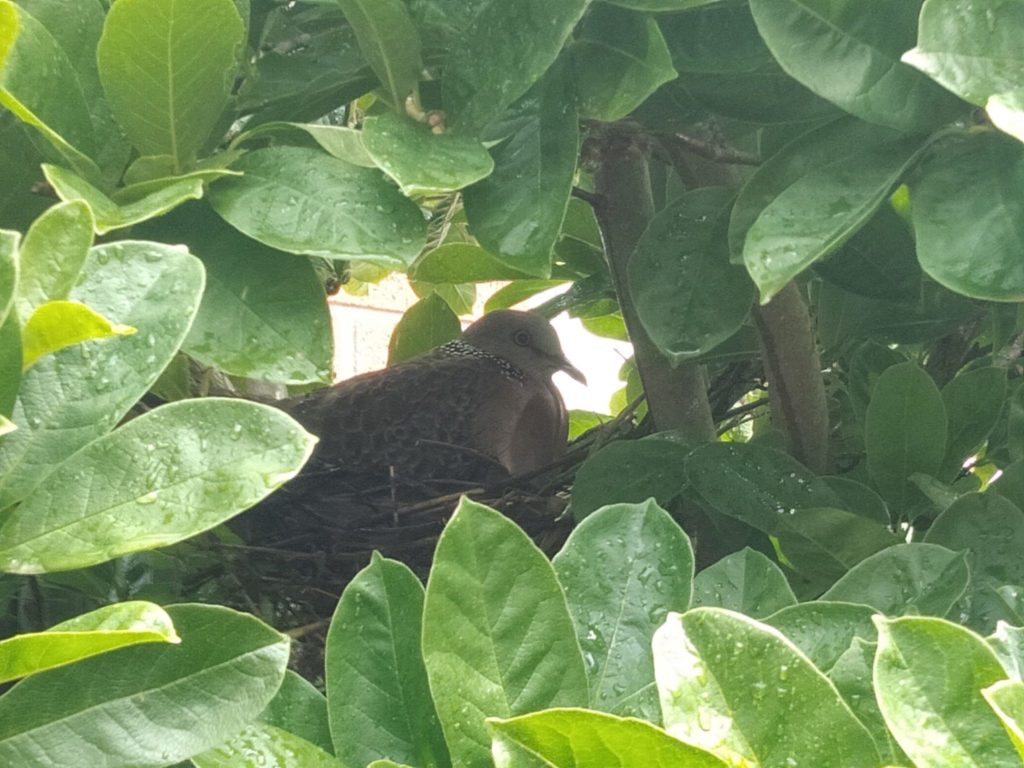 Jack questioned his own brain, as he teased it a bit more for some possible answers.

Unfortunately, it appeared, the next day, when the bird had not budged from the comfort of its nest, that the bird was not well.

Jack rang up his local vet, and he asked him for some advice.

The vet suggested that it might have been injured by the neighbour’s cat, as they were known to go after the weaker of the bird species, especially young ones like this one was.

The vet said to Jack,

“If that is the case, it’s probably better to just let nature take its course. Trying to interfere, will just cause more stress to that bird, but give it another day, or so, and then I might pop around, and check it out for myself.”

Jack wanted action, right away, but he was no expert, so he followed the vet’s advice. The bird stayed there without moving for another day, then one day more.

The vet did come around then, and he managed to pick the bird up gently, as, by this time, it was obvious that it could not fly. It was so far gone now though, that all he could do, he told Jack, was to put it down.

Jack knew that mother nature itself was a far harder mother than the bird’s own mother had ever been.

Photos Credit: All photos used here belong to the author of this article.