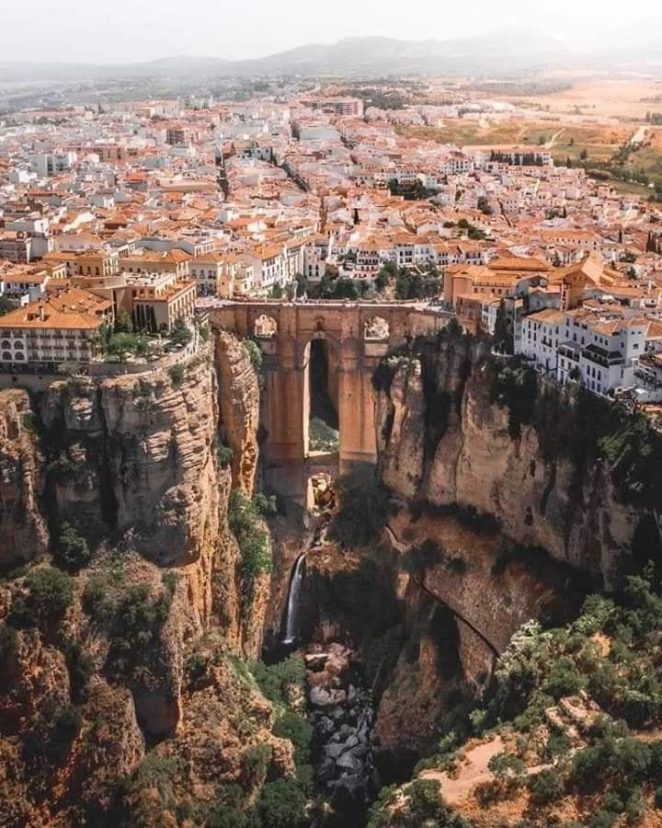 Ronda is a city located in the province of Malaga in Spain. Ronda is considered one of the most beautiful cities of Andalusia. This is by no means easy to achieve given the history and appearance of the other Andalusian cities. On the Costa del Sol in the background, the river, the bridge, the rock on which it is located, and the second largest arena for a bullfight is undoubtedly lure for tourists. It has 36,000 inhabitants.