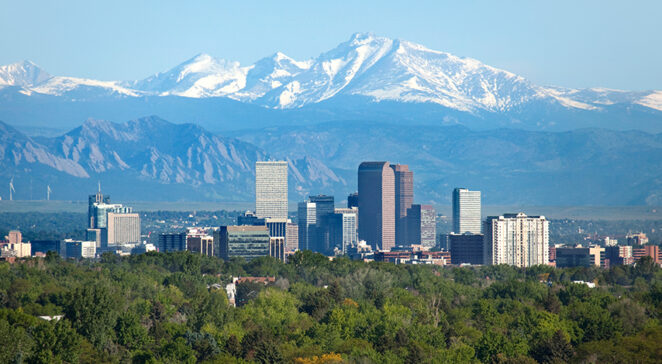 In November of 1858, Denver City was founded as a mining town during the Pikes Peak Gold Rush in western Kansas Territory. That same summer Montana City was established on the banks of the South Platte River. Later the Denver City site became what today is the city of Denver and the Montana City site is today Grant-Frontier Park.

In 1867 Denver City became the Territorial Capital and dropped the City from its name. The state of Colorado was admitted to the Union in 1876. Unfortunately between 1880 – 1895, the city had a huge rise in city corruptions as crime bosses worked along with elected officials and the police attempting to control the elections, gambling and bunko gangs. After the crash of silver prices there was a period of depression in 1893.

Denver hosted the Democratic National Convention in 1908 and in 2008. Early in the 20th century Denver became home to a pioneering brass age automobile company The Colburn Automobile Company and made cars copied from the contemporary Renault.

Denver has been known historically as the Queen City of the Plains due to its important role in the agricultural industry of the plains regions. To honor the city several U.S. Navy ships have been named USS Denver.