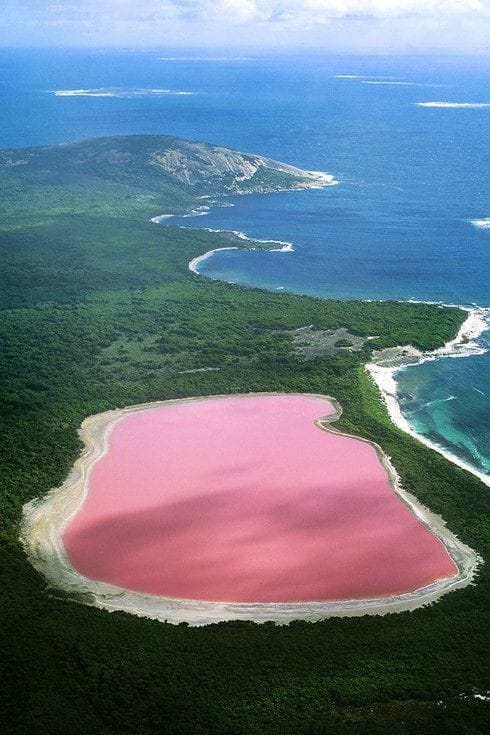 first record of a pink lake in Middle Island in Western Australia comes from 1802.godine. British mariner and hydrographer Matthew Flinders anchored at the island on his way to Sydney. During the 19th century, Middle Island was inhabited by hunters of seals and whales. In the early 20th century on the part of the lake made the salt works, which soon abandoned. Is still not known exactly what Hillier Lake owes its unique pink color. In 1950 a group of scientists investigating the causes of the color of the lake, but the lake water samples contained no traces of algae, which tend to give color to the water. However, it is speculated that the pink color lakes, such as similar phenomena, the result of high salinity and the presence of the algae that prefer salt such as Dunaliella salina and pink bacteria halobacteria. Well,