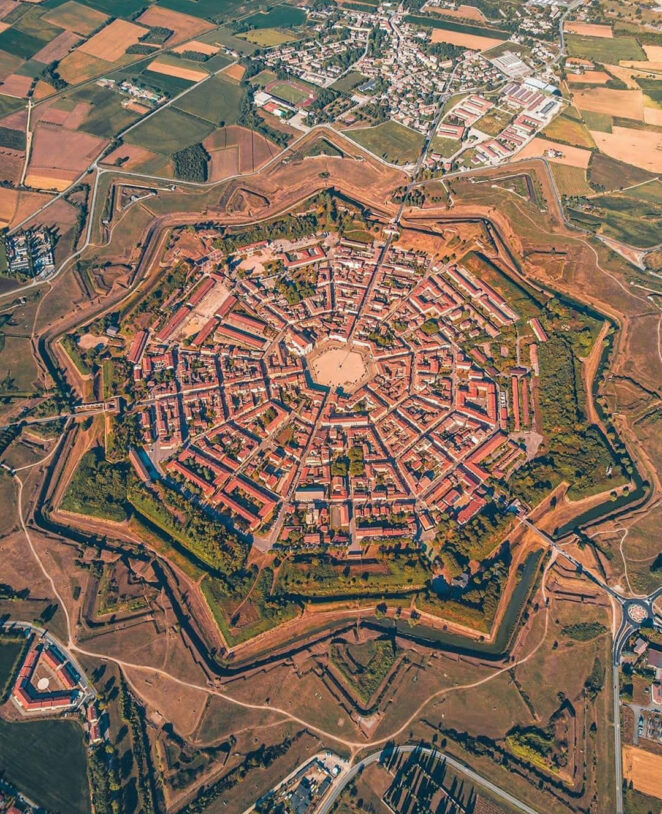 Palmanova (Friulian: Palme) is a town and municipality (commune) in the province of Udine in the region of Friuli-Venezia Giulia – Northern Italy. Palmanova is famous for its star-shaped floor plan, which at the time was the pinnacle of fortification architecture. Palmanova is 20 km from Udine, 28 km from Gorizia and 55 km from Trieste. Palmanova was the pinnacle of 16th century technology, its nine-pointed star plan designed by Vincenzo Scamozzi was the pinnacle of military engineering of the time. Protruding towers were built at the intersection of the branches, which could defend each other. The whole city was surrounded by a defensive moat, and only three well-defended gates allowed entry into the city.