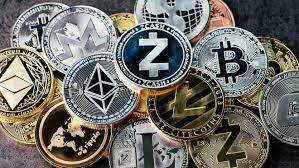 When I was at College, the Instructors did not know the difference between an undergraduate and a lab rat so we were used in many experiments.

Each group was to determine the value of each chip…

Negotiations went on and the Instructors were taking their notes, and finally, as class time drew to an end each group was to state how we had valued each chip.

There was a lot of discussion after class and in a subsequent class about how we apportioned value.

I say all this to indicate why my attention in ‘Crypto Currency’ ‘NFT’ was zero.

That it goes up and goes down reminds me of the class where this group thought that the yellow chip was $100 and the white was $1.00.