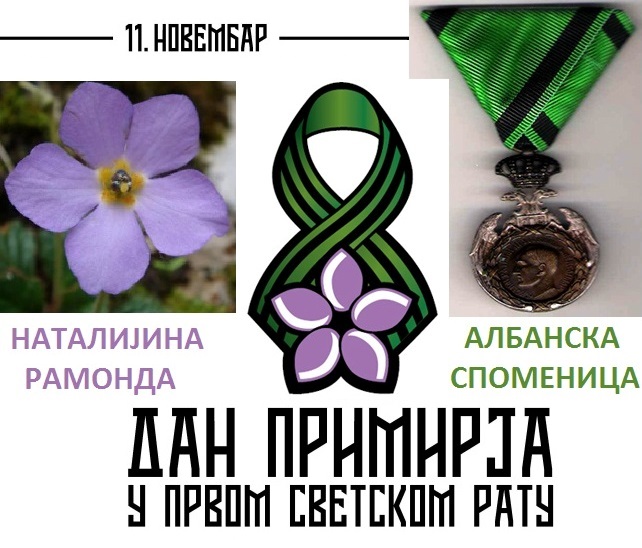 Armistice Day, to commemorate the day and the moment when the 1918 is put into force a truce in the Great War. This day is celebrated by wearing the badge, which is a combination of the legendary Order of the Albanian monuments and Natalie’s Ramonda. Natalie’s Ramonda, a cookie or a flower phoenix is an endemic plant of the central Balkans. Biologists say that Natalie’s Ramonda survived the ice age. The plant was discovered in 1884. Dr. Sava Petrović, court physician of King Milan Obrenovic. Together with Panich described the species and named it after Queen Natalia. There is also the Botanical Garden in Belgrade, the most beautiful in the spring, when the flower. It is a plant that has an amazing ability to resurrect after it is fully dried. It takes just one drop of water to revive. Therefore, it is called a phoenix flower. Natalie’s Ramonda is on the list of rare plants of Europe, in Serbia is a protected species, as a natural rarity. This plant is endemic to the Kajmakcalan, where he played one of the most important battles in the First World War, when the Serbian army in 1916, won an important victory.