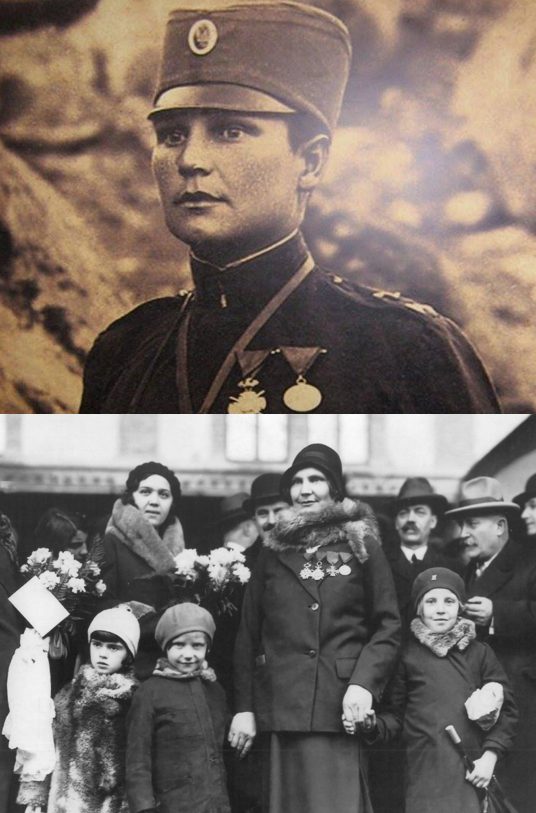 In the First World War is disguised as a man and fought under the name Milun. Only after being wounded in the hospital the doctors found out that the woman. As a soldier Iron Regiment took part in the Battle of Kolubara, has come with the army Albania foot, fought on the Salonika front, where he is alone captured 23 Bulgarian soldiers. Double winner of the Legion of Honor, Order of the Star of Karadjordje and only female holder of the French Order of War cross with a golden palm tree, and wounded nine times! Due to the immense courage French have dubbed the “Serbian Joan of Arc.” After World War II, Milunka Savic worked as a maid in a tavern and the bank. Humanity is revealed and so that it educated next to his for about 30 children. In the picture below (from the private archive of family Savić) Milunka Savić with her three daughters (one she was born, and two adopted) decorated with the highest Serbian and French medals from the Balkan wars and the First World War. One of the most medals pinned to her personally commanding a French officer on the Salonika front.