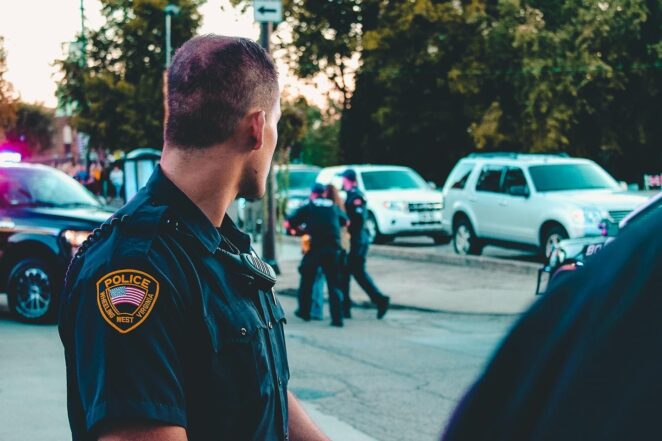 Ensuring national security in the USA is costly and requires a lot of dedication. The U.S. government usually allocates a significant budget for national defense, preservation, and peace. But one might ask, what is national security? Well, it is the act of protecting the country from external and internal threats. Besides terrorism and international warfare, cybercrime, public infrastructure, and the nation’s economic systems are areas that face threats.

Furthermore, one of the most significant advantages of such a job is that you will always know that you’re working for your country’s needs. That said, as your career grows and advances further, your national security job will become more attractive. In the end, when the time comes to cash in, you’ll be glad that you decided to choose a career in national security. With that in mind, let us look at a few professionals required to ensure adequate national security. Some of these professionals are listed down below.

An intelligence officer is probably one of the most coveted national security jobs. These individuals work for military operations to perform research to gather information on terrorists and networks who intend to cause harm to the USA. Plus, they work abroad and within the U.S to prevent terrorist actions all across the world.

Furthermore, individuals who become national security intelligence officers typically have tons of military experience. They have usually spent time in military units such as Marines, Navy Seals, Army Rangers, and the Green Berets in some capacity. As far as intelligence officer requirements go, aspiring candidates first need to obtain an education focused on data analytics techniques and advanced research skills. Furthermore, they must also acquire knowledge about international affairs, political science, history, and geography. Intelligence officer salaries typically range from 70,000 to $100,000 per year, depending on your experience and role.

Intelligence analysts are vital to the nation’s national security. After all, these professionals do their best to protect the country against possible threats in a particular capacity. An intelligence analyst’s job is to collect and review information via law enforcement databases, intelligence networks, surveillance, and interviews. They then present the gathered information to the respective government agencies for implementation.

Intelligence analysts work for government agencies such as the NSA, FBI, CIA, DOD, and other military branches. They work within the U.S. and collaborate with other country’s intelligence agencies to uncover and prevent terrorist plots and attacks. According to Glassdoor, an intelligence analyst’s salary is around $64,563 per year.

A Cyber Security Analyst’s job is to identify potential threats and risks in data and network systems and implement cybersecurity measures to protect possible areas of vulnerability. These professionals work on I.T. infrastructures, including installed system software, network hardware, and entire networks. Typically, a cyber security analyst has to deal with cybersecurity attacks that might threaten U.S. national security and react immediately in case of emergencies.

Furthermore, job requirements vary. For instance, the Homeland Security Cyber Security job typically requires a bachelor’s degree in law enforcement. Although, individuals who have obtained a master’s degree in this particular field are more preferred. The average salary of a Cyber Security Analyst is around $79,000 per year.

The CIA’s directorate of operations gathers intelligence information via covert missions. These professionals live for the challenge and are flexible, self-reliant, and confident in their abilities. Moreover, they work independently or in teams settings. That said, like most national security jobs, salaries depend on an individual’s experience and skills.

The average yearly salary for a directorate of operations agent is around $71,600 per year. Furthermore, to work in this role, individuals must have a four-year bachelor’s degree. Not to mention, they will have to hold themselves to the highest levels of excellence and integrity, putting the CIA before themselves. Moreover, they should be willing to work and live undercover and keep secrets hidden from close relatives and family members.

An FBI agent’s role is to work as an investigator for the FBI (Federal Bureau of Investigation), which encompasses investigating crimes and identifying threats against the country. These professionals are by far one of the most critical assets to the country’s national security. Their work generally includes; conducting interviews with suspects and witnesses, collecting evidence, and assessing collected evidence to ensure national security. Moreover, they can make arrests, detain suspects, search computer records, collect fingerprints, etc.

In order to become an FBI agent, the candidates must be American citizens. Furthermore, the job also has an age limit of 23 to 37 years. Not to mention, a bachelor’s degree is a requirement, just like other national security jobs. However, the type of bachelor’s degree required depends on the role you apply for. According to Payscale, the average salary of an FBI agent is around $65,888 per year.

Every organization, business, or home requires security. However, it is also the case for the country you live in. That said, to achieve excellent national security, highly skilled professionals will always be in high demand. They may have jobs that allow them to secure the integrity and safety of the country’s citizens, assets, interests, and national border. If you would like to accomplish the same, the national security careers mentioned in this article will provide you with a head start.