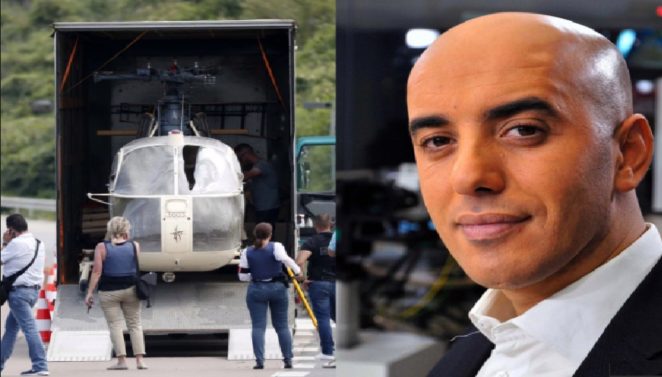 France’s biggest gangster broke the prison and escape from Jail through a helicopter like a filmy scene. Gangster showed movies scene of the genre in action-filled movies in the real-life. Gangster ‘Redoine Faid’ in Paris’s French capital adopted such a way of escape from prison that all were stunned.

Gangster colleagues developed a big plan to escape Redoine Faid. To escape Reddy from prison in the suburbs of Paris, a helicopter was shifted to the bushes, and then the armed men entered the prison where Reddy was already present in the guest house of the jail and escaped from prison to the helicopter.

The armed men had already planted the pilot on gun point. After which a specific distance was set, gangster and his companion jumped from the helicopter to the vehicle and keep changing the vehicles in every few minutes.

Poice says Gangster Redoine was last seen in a white car and search operation has been started for his search. 46 -year-old gangster ‘Redoin Faid’  was sentenced to 25 years in prison for the police’s murder and robbery 2010. It was the second time he broke the jail and escaped.