Today people are used to running into their local supermarket to pick up some groceries. However, you can get the freshest food from a Central Market where local farmers sell their produce. The Lancaster Central Market in Lancaster, Pennsylvania is one of the oldest continuously run public farmer’s markets in the U.S.

The people of Lancaster have been shopping at this Central Market for all of the 270 years it has been operating. Here they can be sure to get the freshest produce from local producers and farmers. It all began in the 1730s and the current building used for the Central Market was built in 1889. 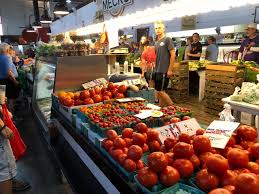 In Colonial times people had to eat whatever was available to them locally. In the winter it was often root vegetables like turnips and squash and in-season tomatoes and green peppers, Today people in Lancaster have discovered that no matter what fresh is always better and they continue to come to the Central Market.