“The Daily Show” hosted by Travor Noah, hosted about 5 minutes, In which he tried to show that Imran Khan and Donald Trump are quite similar. Travor showed scenes of some of the oldest programs related to politicians, both of which were popular in wealthy, cheerful females.

Traver showing Imran Khan’s bedroom also said that is it not a Pakistani trump tower ? Then, pictures of Imran Khan and Trump were also shown and given title to both as Twin. Then more clips were shown in which Imran Khan was declared an outsider, nationalist, racist, contradictory statement and non experienced. The host said both the trump and Imran Khan were accused of sexually harassment, and both of them had three three weddings.

Travor Noah’s program is being mixed with social media users in Pakistan.The PTI opponents did not always allow this opportunity to go hand and used to criticize Imran Khan and fight arrows. 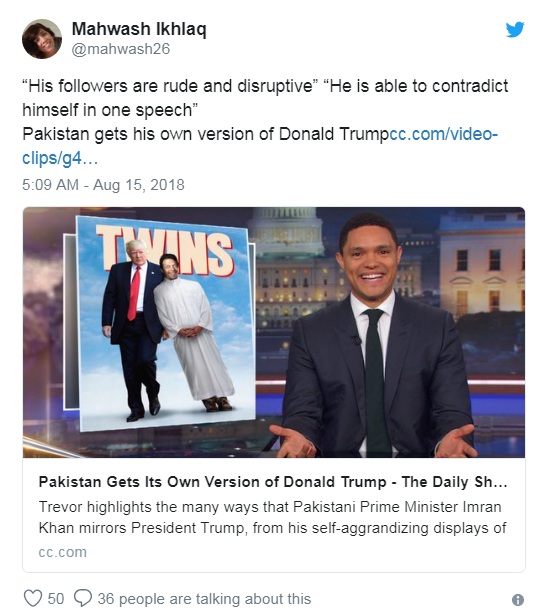 On the other hand, two types of reactionof PTI supporters came. Some defended Travor while some defending his captain. 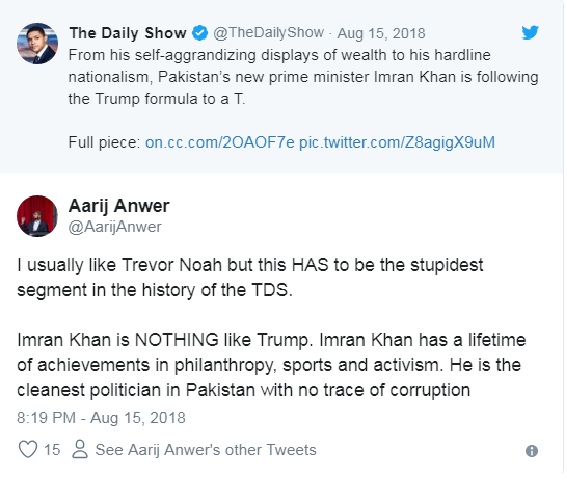 Some of the supporters said that Travor is a comrade, whose profession is to make fun of others, So this program should not be taken seriously and ignored after laughing. 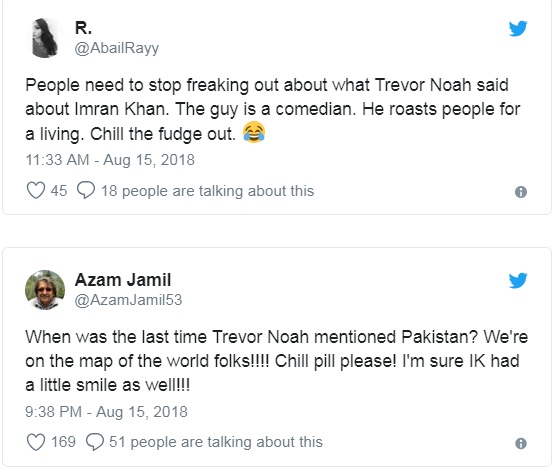 Travor Noah has also become a trend on social media in Pakistan, on which people are expressing their views.