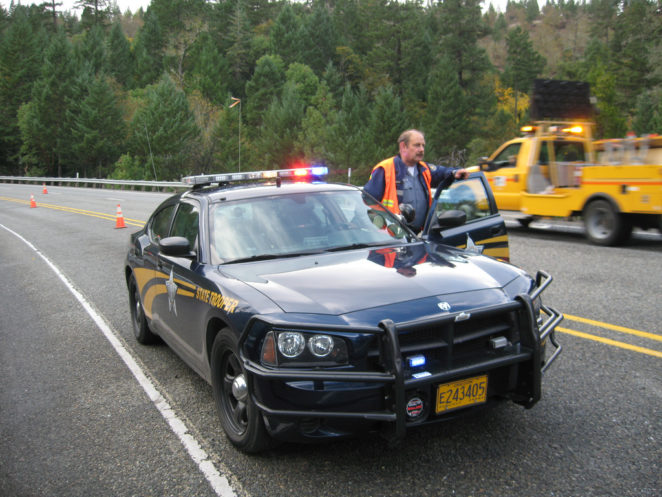 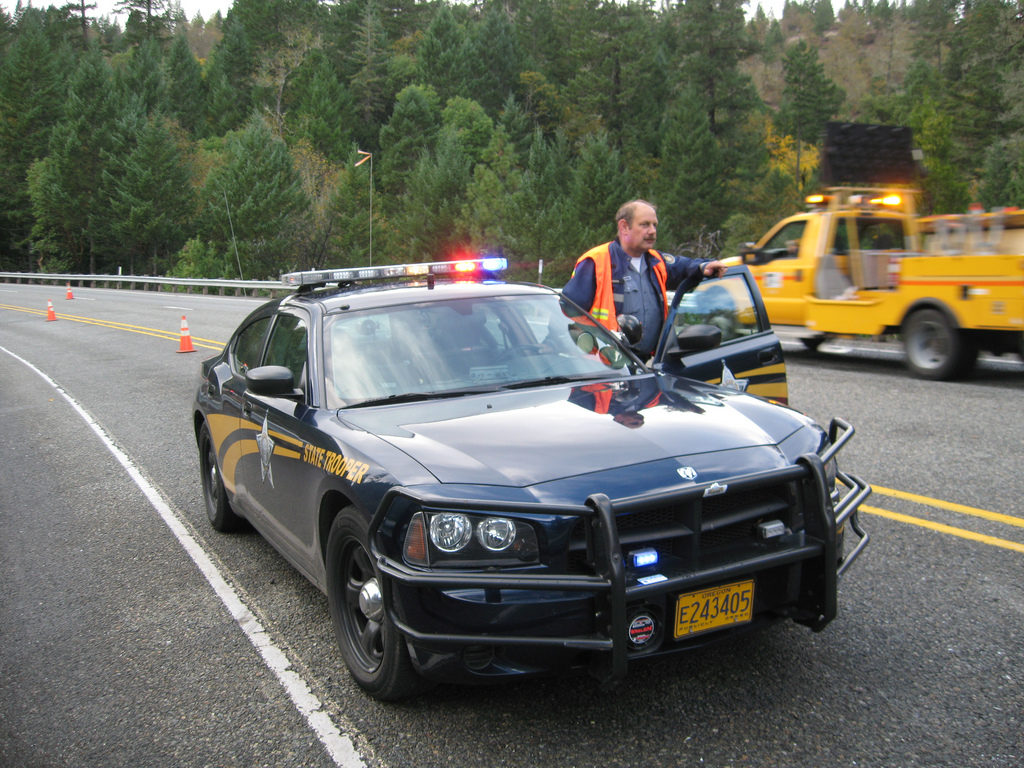 The story began in Polk County Oregon when Trooper Simpson was on routine patrol on Highway 22 when Lucas pulled besides Officer Simpson’s auto. He asked him if he could escort the couple to a local hospital so his wife Sarah who was a passenger in the auto was in labor getting ready to have her baby soon.

Trooper Simpson did his duty of assisting Lucas and his wife Sarah to take them to Salem Health  by acting as their escort so Lucas would not get into any trouble for driving in excessive speeds on the road to the hospital.

The trooper and the Slaven arrived at the Salem Health Hospital just in time since Sarah had a baby girl delivered five minutes later as they arrived at the hospital where a team of doctors were waiting for Sarah to be to help deliver her baby girl who was named Sophie Johanna Slaven.

After the birth of Sophie Slaven, Trooper Simpson brought back a box of chocolates and a card to the Salven family and a mini doll to the infant since Trooper Simpson himself is a dad as his way of saying thank you to the Slaven family for trusting him to assist them by escorting them to the hospital in time.

What really makes this story so sweet was that the Oregon State Police have recognized the Slaven family as part of their police family.

Lucas is employed as a firefighter at the McMillville Fire department who is thankful that Trooper Simpson was at the right place at the right time that Saturday evening in Polk County so he could arrive in time to witness his wife Sarah give birth to a beautiful baby girl.

This is one story that will not make the national news telecasts on television but nevertheless it is another wonderful story to share that law enforcement officials do have hearts of gold.