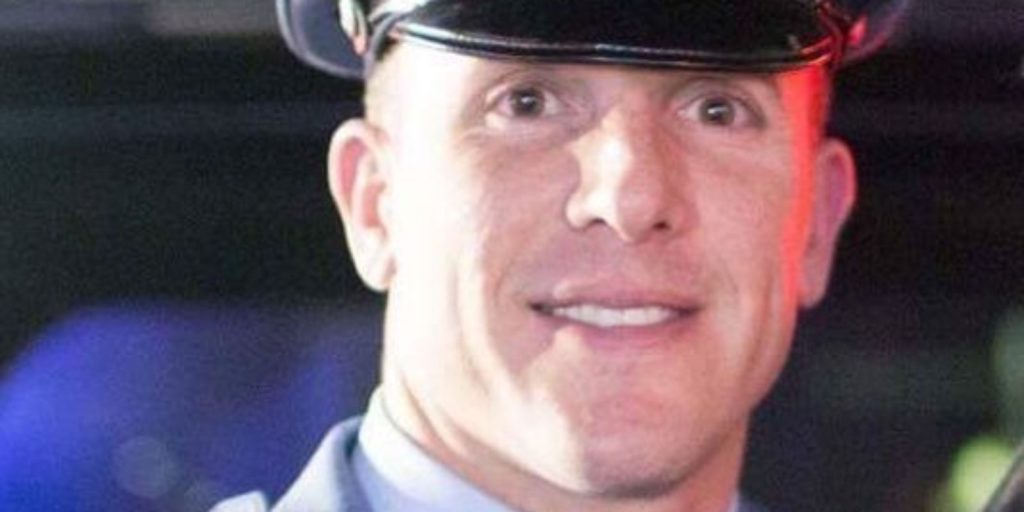 Dennis Palaia who is a New Jersey State Trooper is being called a hero for saving the life of a man who was choking on a spicy boneless chicken wing last week.

The man who was choking on a spicy chicken wing was sitting on a table next to Palaia who was off duty at the time of the incident at a Buffalo Wild Wings in New Jersey.

The Heimlich Maneuver is when one person grabs the waist of the choking victim so the food particle that is stuck on their throat gets out of the victim’s mouth.

The method that I know how to get food out of a choking victims mouth is to use a hard part on the back to get the food article out of the choking victim.

The cause of choking on a food article is usually when a person eats their food too fast or it is too large which gets stuck in the throat area which causes choking, which if it is taken care of quickly, the choking victim will pass away.

Since Palaia is a public servant who saved the life of a choking victim, Buffalo Wild Wings offered Dennis a year of free boneless chicken wings but Dennis refused the generous offer from the fast food restaurant chain.

Nevertheless Dennis Palaia is a hero for saving the life of a citizen inside a fast food restaurant.