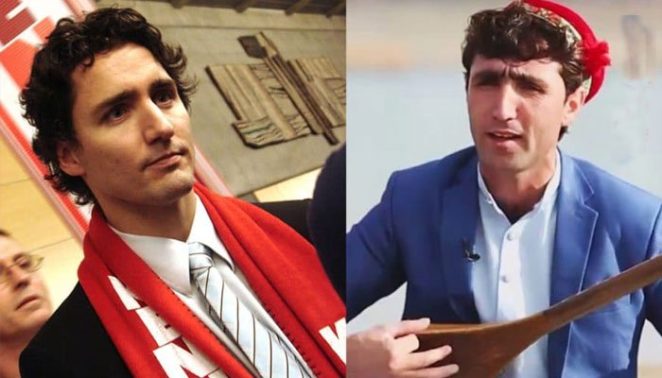 It is often agreed that ordinary people, like the shape of famous person, become the center of attention, but the popularity of ‘Afghan Trudeau’ has surprised everyone.

The young man named Salam maftoon participated in a TV show ‘Afghan Star’ to show the singing essence but when he came to stage every one surprised and start chanting Justin Trudeau.

This guy looks exactly like Trudeau. If rattles my brain https://t.co/Lp70xor3vR

Salam Maftoon an Afghani citizen looks exactly like Canadian Priminister Justin Trudeau. At first glance, anyone is betrayed that he is the Canadian Prime Minister. Since the essence of folklore, the pictures of Salam Mufton are viral on social media, on which many users have declared them as ‘Afghan Trudeau.

Salam Maftoon Afghan singer looks a lot like Canadian Prime Minister Justin Trudeau and his fans and followers are surprised at the resemblance. pic.twitter.com/nLSQCulccU

Once he was asked about this , He joking reply that Justin Trudeau is his elder brother and in childhood we became displace in afghan War.