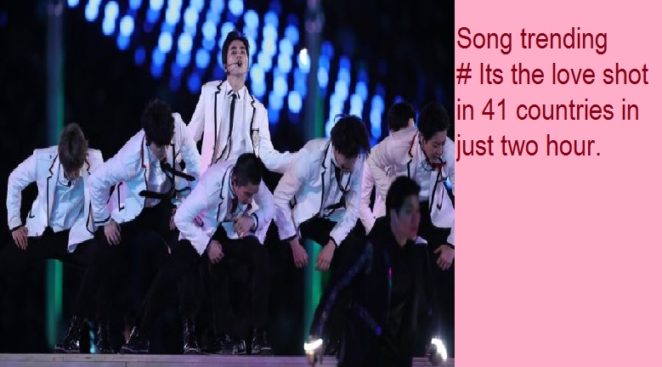 #Its the love shot were trending in 41 countries in just hour of release. While it was on the number one position in 27 countries in the list of various countries of Technology, Apple’s music service i tunes.

This hash tag is actually a Korean pop band’s new album ‘Love shot’ This song was trending in at least 27 countries within two hours of release. 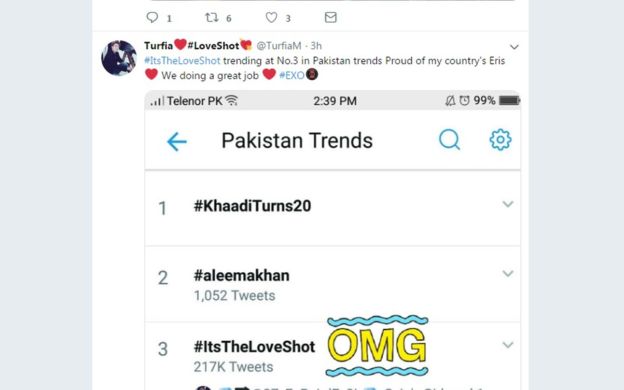 But this is not for the first time, Earlier on November 2, Exo album debuted by don’t mess up my tempo, was first in 46 countries on iTunes. Exo pop culture or K band include in bigger bands. According to American Trade Journal Forbes, pop culture bands such as ‘BTS’ and ‘Exo’ are competing with artists like ‘Justin Beiber’ and ‘Zain Malik’. 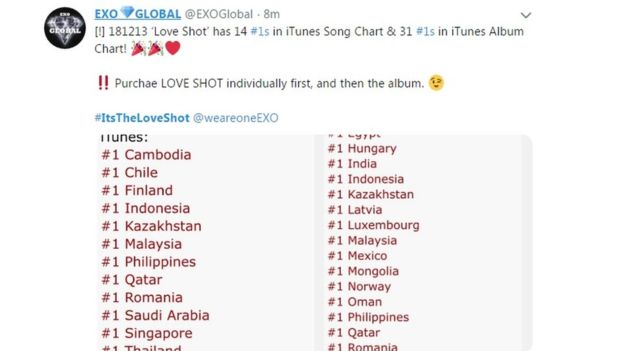 The award was receiving Justin Bieber for the last six years before 2017. But ‘K Pop”s popularity is now leaving behind West bands and artists.