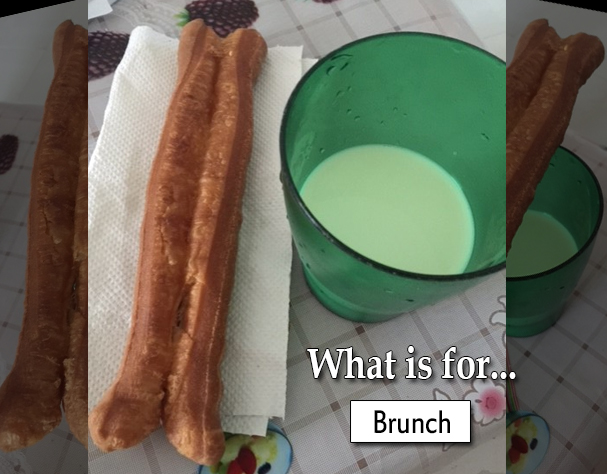 They are know as different name like Chinese fried churros or Chinese fried breadstick, Youtiao, You Char Kway/Guey with Soya Milk

This is a Chinese tradition style breakfast. 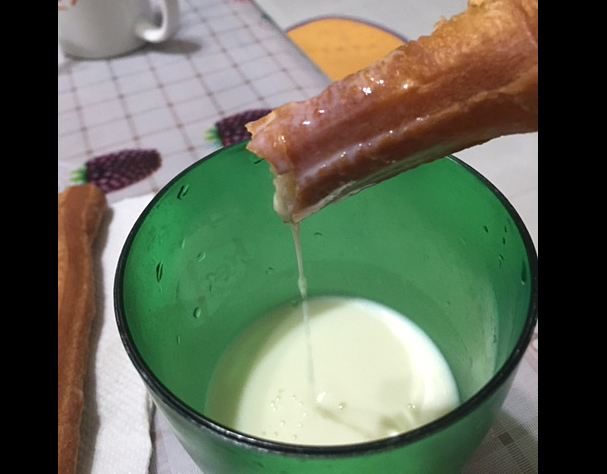 Basically you drip the Youtiao into the milk (coffee or tea will do also) and then eat it that way.

The is a story behind Youtiao –

During the Song Dynasty, Qin Hui and his wife collaborated to frame patriotic General, Yue Fei and caused his death. The angry citizens of the Song, made this food, they call “Deep Frying the Ghost (villian)” and then have them eaten.

Are you curious about what people around the world have for their meal?

Well, I’m sure am! So I’ve started a Challenge for foodies (any everyone else, as long as you eat!). It’s called “What is for…”, you can find out more >>> here