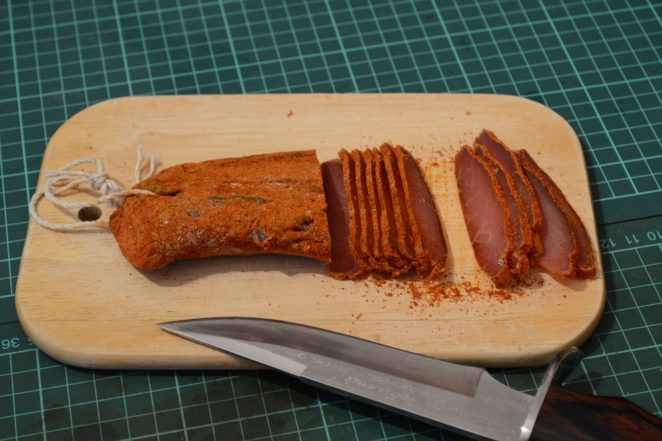 Pemmican was Invented by the North American natives and was used by their scouts who were constantly trailing ahead of the tribes, following their life source, the bison crossing the plains in search of grazing and water. The early white explorers had learned from the natives, how to prepare and use this same nourishing food to ensure their own survival as they forged ever westward.

They often needed to travel across arid and inhospitable areas in uncharted territory. These pioneers were constantly on the go and had to depend on portable, highly nutritious-energy sustaining and filling foods that would last for extended periods of time without being refrigerated.

Instead of looking at modern survivalist thinking for a moment, we should also look at how folks 150 years ago had lived and survived. They were highly successful at surviving hardship, and just the fact of us being here, is all the proof needed to prove it. These pioneers were the last generation to have to subsist on basic things-for a kind of lifestyle, that we would call survival skills now. Watch the video and learn…