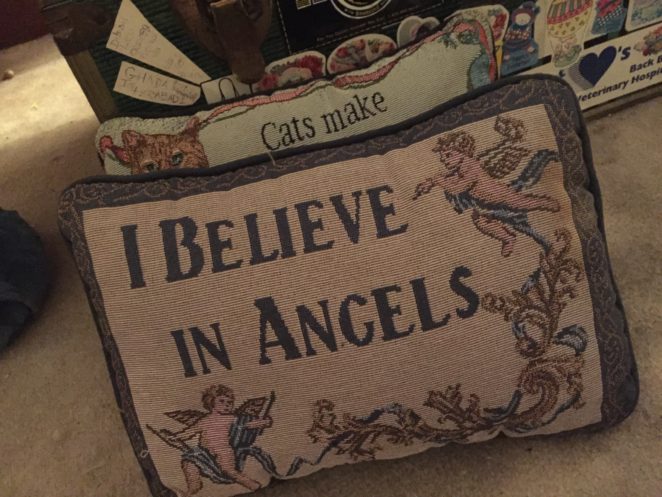 This morning when I woke up around 8 am, another tune was playing inside my head. I paused to think about it, and it sounded like Earth Angel. I looked it up on Youtube, and there was two music video of this song, one by The Penguins and one by Marvin Berry & The Starlighters. I am not sure which group was singing this song in my head since I am not really familiar with either group. I decided to use both videos because the first video has the lyrics written in the video.

I am not sure what this song is trying to tell me for today. I went ice skating from 1:30 pm to 5:30 pm at The District. The mall was busy, and I noticed Tilly’s was having a sale, but I didn’t really need anything. I did have a PetsMart coupon for a free 5 pound bag of Blue dry cat food. Gumby likes eating dry food in the evenings. So, I decided to use all three coupons before they expired. One was for a free bag and the other two were discounted. I also noticed many homeless cats looking for a home, and three were tiny kittens. I hope they all get a decent home somewhere.

It was a relaxing day, but it was hot earlier, in which the ice on the rink was melting. It was kind of hard to skate over melting ice. But I had fun skating because wintertime is the only time that I get to ice skate. By 4 pm, it started to cool down and the sun went down, in which I think was better. The ice was so much easier and fun to skate on because it was normal. I enjoyed skating in the evening more that I didn’t really want to leave but I was getting tired. I could have stayed until 8:30 pm if I wasn’t tired. My skating even improved in the evening. So, next year, I plan to ice skating during the evenings, especially if it is on an outdoor rink. When I returned home, I realized that I was dehydrated. So, I drank a lot of liquids with my dinner.