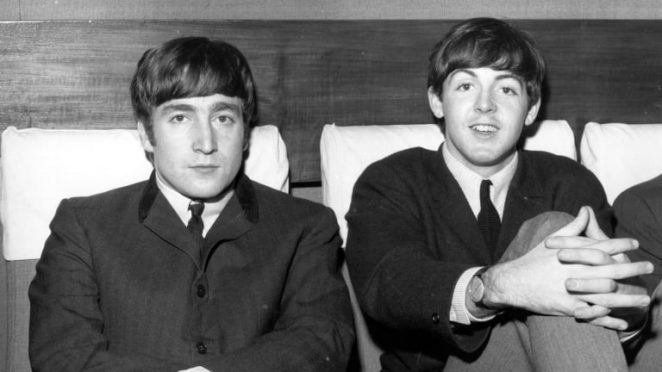 It was July 6, 1957, and in Liverpool, England the Liverpool Evening Express headline read “Merseyside Sizzles”. This was in reference to the heatwave which had taken hold of northern England as well as all of Europe. This same headline could just as well have referred to another piece of news that had nothing to do with the weather. On this very day, two English teenagers met for the first time. They were John Lennon and Paul McCartney. If they had not met at this time it might have taken a much longer time for them to get together as they lived in different neighborhoods, went to different schools and were almost two years apart in their ages.

That hot and muggy Saturday the stars were aligned just right for them John was the only one who was scheduled to perform in public on July 6. He was going to perform at the annual Woolton Parish Church Garden Fete with his Quarry Men. In the crowd watching and admiring John’s performance was also 15 year old Paul. Later on, a mutual friend made the introductions between them in the church auditorium. Then it was Paul’s turn to impress John. He had a guitar with him and started playing “Twenty Flight Rock” by Eddie Cochran followed by “Be Bop a Lula” by Gene Vincent and then a medley of Little Richard tunes. You could say it was a great time for rock and roll history.