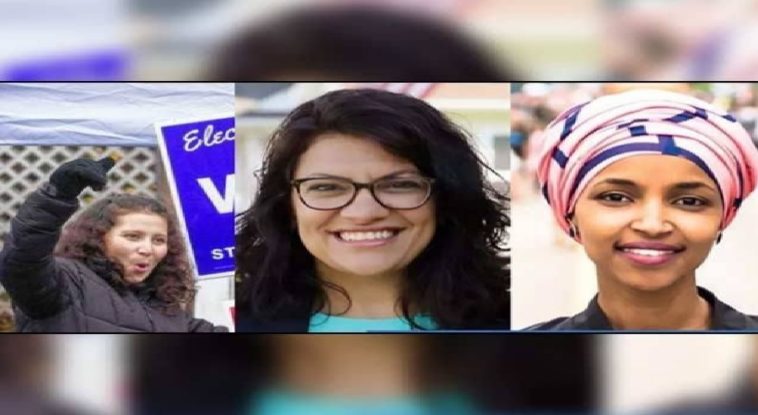 In the Midterm elections in the US where US President Trump party Republican has been hit by Democrats, Amazingly, 3 immigrant Muslim women have won their election victory.

Muslim women who elected, Include the Somali Refugee family doughter ilhan Umar, The Paletine imigants family daughter Rashida Talib, Safia Wazeer who in 1997, the family’s escape from the Taliban captivity,

Safia Wazeer :- Safia 27-year-old, elected from New Hampshire, She was living as refuge in Uzbekistan in 1997 with her family and from where the family moved to America. At that time Safia was 6 years old and now she is the mother of two children. The family-affected by Talibaan is happy with the success of her daughter.

Ilhan Umar :- A 37-year-old social worker, Ilhan Umar, was forced to live in a Kenya refugee camp due to civil war in Somalia in 1991 and after spending four years in camp, the family finally succeeded in reaching America. After the death of her mother in childhood, her father and grandmother raised her. Ilhan is selected from Minnesota.

Rashida Talib :- Rashid, 42-year-old, selected  from Michigan, belonged to the Palestinian immigrant family. Due to the worsening financial situation, the Rasheed help her parents’ hands in bringing up their younger siblings and also the educational chain continued. she has already been elected in 2009.

Be clear In President Trump Era the attack on Muslim women wearing scarf has increased, and hatred policy has caused immigrants to hatred in the Americans. However, Americans have rejected the hatred policies of the Donald Trump in the mid-term elections.