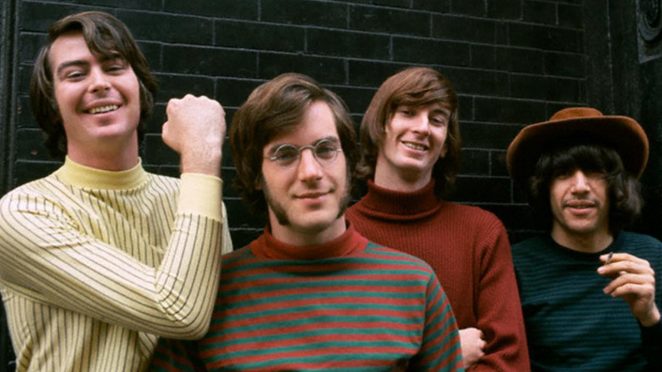 During the 1960s a popular rock band was The Lovin’ Spoonful. They were an American rock band whose original four members were inducted into the Rock and Roll Hall of Fame in 2000.

In 1965 the band came out with their first single “Do You Believe in Magic”. This song reached number nine on the Hot 100. Soon other singles followed folk-rock type of hits for which the band became popular “You Didn’t Have to Be So Nice”, “Daydream”, “Did You Ever Have to Make Up Your Mind” and “Summer in the City” which became a number one hit on the Hot 100. Other hits came along such as “Rain on the Roof” and “Nashville Cats”.

At the top of their success The Lovin’ Spoonful’s song “Powl” became the opening theme of Woody Allen’s first feature film, “What’s Up Tiger Lily”. John Sebastian composed the music for a Francis Ford Coppola film “You’re a Big Boy Now” and the band played the music for the soundtrack “”Darling Be Home Soon”. Both of these films were released in 1966. In 1967 Yanovsky left the band and was replaced by Jerry Yester and then in 1968 Sebastian left the group to pursue a solo career.

The Lovin’ Spoonful continued on as a trio. Their last two Hot 100 hits were “Never Going Back” and “Me About You”. They finally broke up in early 1969. The original band which consisted of Sebastian, Yanovsky, Butler, and Boone came together for a brief reunion in 1979 to perform at the Concord Hotel in the Catskills in New York State. Their appearance was filmed the Paul Simon film One Trick Pony released in 1980. The band decided to reform again in 1991 and started touring. There was some change in their line-up. Then in 2000 Yanovsky died and Sebastian decided he no longer wanted to perform with the band. This left a band with different members but Butler and Boone remained in the lead and they continue to perform.