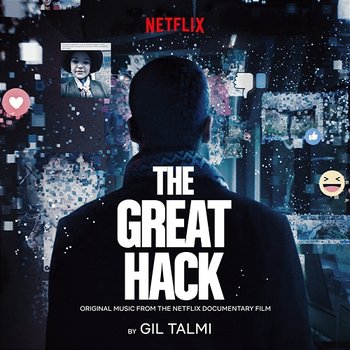 So the saying goes that if it’s free online then you are the product, what I thought most people understood when they log in. You don’t get something as brilliant and innovative as Facebook without them getting something back. They have bills to pay, and big ones. Not surprisingly the center left media have a very different view on social media and the the internet and the ‘Great Hack’, a film about the Facebok/Cambrdige Analytcia scandal, their guttural scream of anguish and the warning to people they think are not as clever and informed as them that it’s very important to protect our data online. That scream was so loud in the U.K. the same liberal left nominated it in for Best Documentary at the BAFTAS, but only one of two nominations it received internationally.

Like most my social media is an altered exaggerated version of me and any information they learn about me that way is not about me and so no point selling that data on to target me with products and propaganda in the first place.  That’s the way I behave online. That’s the way most of us do. Facebook and the like allow third parties to target you with adverts, articles and propaganda. It certainly would not influence my vote in an election, the inference of this film. If I see something iffy or interesting something I’m interested in I Google it and see if it’s real from a reputable source. I hope most people do that.

Lefty U.K news station Channel 4, who had been smugly and deliberately hammering the Leave Europe campaign, before and after Brexit, had a brilliant exclusive when a company called Cambridge Analytica fell victim to an undercover trap by C4, in which its CEO, Alexander Nix and his number two, Julian Wheatland, were exposed, claiming to have 5,000 data points on every American voter, and helping to depose various third world governments with their aggressive software on the side also coming up in conversation.  A man who saw the report, Professor David Carroll, took umbrage to the fact Facebook and SLC/CA had stolen his data and went to court to try and reclaim that data with the help of lawyer Ravi Naik of ITN Solicitors, an expert on data privacy, and both men grabbing the chance of a good story that suits their particular politics.

What Facebook were doing were allowing Cambridge Analytica to buy space on the platform to trick people with software to fill out one of those silly personality quizzes. People had to tick a terms and conditions waver to allow them to answer the questions, which, rather sneakily, gathered the personal Facebook data not only from the quizzer but from all of that users friends, without their permissions.  An America company, SLC, then used the data to target Facebook users to hit them with propaganda in favor of the Trump campaign – for example – a very sophisticated way to flip elections. Whether it worked or not is up for debate but the ‘Crooked Hillary’ hate campaign seem to start with these guys. All sorts of fake and exaggerated stories appeared to boost the right in America, and many from Russia bots. 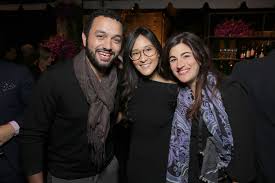 The investigative journalist Carole Cadwalladr continued the story into the influence of Cambridge Analytica. This led to a whistle-blower, a disgruntled young man called Christopher Wylie, who explains how the harvesting of metadata and targeting works to influence elections. Cadwalladr and Wylie reveal how psychographic profiling tactics can flip marginal voters if you feed them with false stories that agree with their views learnt from the Facebook platform and like.

As the case hits the news, and threatened court action lurks, Mark Zuckerberg appearing in front of the senate in the US to defend Facebook, it got that sticky. Brittany Kaiser, a big name in SLC, turned whistleblower to avoid trouble, a polarizing yet essential character in the story.

As with all left wing documentaries they end up a polemic and create victims and villains when they proportion blame, ‘the people’ exempt from blame, of course. not capable of making sensible decisions, the excuse here. The Facebook hack was wrong and they should be fined but common sense is required online. If there is free quiz you ask yourself why?

The documentary also won’t attribute blame to the younger people who turned whistleblower, clearly having no issues being involved in this murky trades then crying wolf when fired or under threat of charges. The film paints them as heroes and confused idealists rather than attention seeking narcissists they clearly are. They want that camera on them. They miss out in the film that Wylie worked on other hard-right campaigns and was having a gay affair with another guy involved high up who he outed of spite. Brittany Kaiser, on the other hand, is a very duplicitous and device figure and using the film to abscond herself from guilt, in my opinion. She enjoys power and that’s where it goes wrong for most.

It’s not that an interesting film to be fair and not very revelatory. We know all the content from the news over the last year or so, certainly not BAFTA interest worthy. This is an exercise about distributing blame and outrage on the Facebook ethics than ticking people off for allowing our data to be harvested. The coronavirus tracking app in the UK is an example of the left wing media duplicity on data control. This app will save lives but already the left are picking it apart because of data privacy issues, the app designed to track people’s movements too much for them but the only way it will work. Even if it was a perfect app and worked well the media will smugly not download it as they see themselves more important than the normal people, the ones the app is designed to save. My point if their outrage in this film is they are saying we are stupid and should be protected – from them.