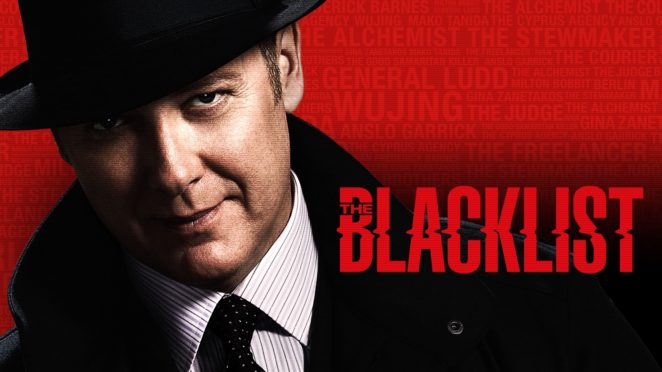 I have a high bar when it comes to sticking with a crime/drama box set. Everything I watch I expect to be entertaining. Not as good as The Sopranos, Breaking Bad and The Wire but enough so I watch the next episode. Things like The Manifest and True Detective don’t do it for me. The Black List is nothing special but strangely addictive in that semi quasi dumb FBI drama way.

Raymond ‘Red’ Remington (James Spader) is the FBIs Most Wanted. At the beginning of the show he dramatically hands himself in at FBI headquarters in downtown Washington DC with little resistance and a lot of purpose. He strikes up a deal with them through Chief Cooper (Harry Lennix) and taken to a Black Site for safe keeping. The deal is he will hand them super criminals on The Black List (Americas other most wanted) and in return Remington wants to be officially ‘off the grid’ and no longer the world’s most wanted. That means his handlers will have to cut a deal with people higher up the chain to keep him active, and all the people he may now dob in will be after him,

Remington is super smart and always ahead of his handlers and fellow cons. One of his requests is to work with rookie agent FBI Elizabeth Keen (Megan Boone), who he sees potential in, and maybe more. After he hands them their first name on the Black List she is intrigued and drawn into his world. But it’s a dangerous world of violence and conspiracy and when her rather wet husband Tom (Ryan Eggold) nearly dies in their family home because of her job she has to reconsider her relationship with him. Agent Ressler (Diego Klattenhoff) assigned to keep her safe.

As the super villains are captured each episode, with the help of Remington, it becomes clear there are other reasons why Remington is so interested in Keene, and when he tells her that her husband may not be the man she thought he was, another layer of conspiracy is added. Who is Remington to Keene and is her husband working for anything but for the good of America…

Although over the top at times as Remington, Keene and the FBI catch previously uncatchable super criminals in about 30 minutes every week its good fun. Production values are about right and the cast relatively unknown so Golden Globe nominated James Spader gets to the chew the scenery, his career receding like Remington’s hair line before being cast in this. He has got a lot of work off the back of the now six seasons of the Blacklist.

There is lots of action and drama and because our FBI hero’s take down a super villain every week there’s a lot of black sedan car chases, bullet and explosion dodging and unlikely escapes. I doesn’t bare close examination. But it’s fun as the characters become more filled out and likable and the mystery deepens around Keene’s relationship with Remington and just how much she really knows about her husband. The fact I have only seen one series of this suggests that intrigue will get tiring.