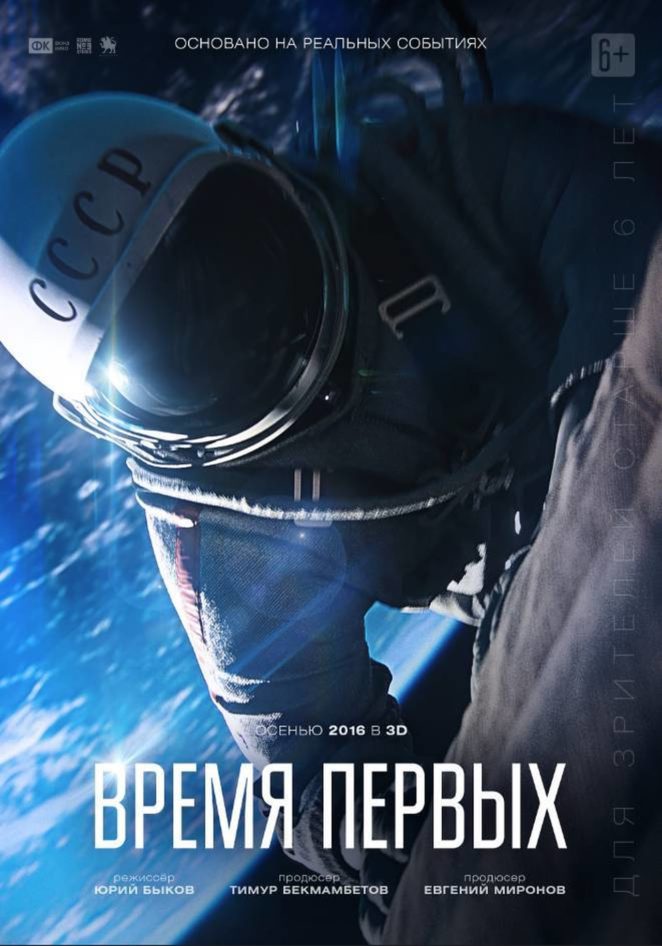 Before arrogant billionaires were blasting their sports cars into space to remind everyone just how much cash they had, some incredibly brave men and women were risking their lives to try and survive and conquer in the most dangerous environments of all to move mankind forward. Spacewalk is a Russian made movie that dramatizes some of that with a drama about the first ever spacewalk where Alexey Leonov stepped out of a specially adapted Russian capsule into the vacuum. Russia had previously put Sputnik into space in the 1950s ahead of the Americans and looked to be winning the space race with this huge 1965 achievement. America would eventually win by landing on the moon in 1969. China are going to win the next one.

The Soviets plan the world’s first spacewalk as the space race rages. It’s not going very well for this bit of Russian space kit in the Voskshod program as a technician is killed and the engineers question the safety of the craft, chef tech Sergei Korolev (Vladimir Ilyin) responsible for the mission’s safety and so completion. The plan is to send a test capsule up to see where they are with the design and then launch the manned craft to a tight schedule. Much to chief designer Boris Chertok (Yury Itskov) fears the test vehicle is destroyed in space two weeks before the official launch and with worried Soviet engineers not able to identify the causes of the explosion they want a long delay. Pressure is put on by the supreme leaders to launch anyway as American near their test.

Ex-WW2 pilot, Pavel Belyayev(Konstantin Khabensky) , and military test pilot Alexey Leonov(Yevgeny Mironov), are the men in line to take her up. But Pavel wrecks his leg in a parachute jump and is not considered fit; instead, he is replaced by a young and confident cosmonaut (Yevgeny Khrunov), much to the dismay of Alex. When the launch is delayed for a month, fueled by anger and determination and encouraged by his wing-man, Pavel trains himself up to become stronger and eventually re-admitted into the space program, much to the delight of Alexey.

The two cosmonauts team up again and decide to green light the mission by risking their lives for mother Russia as Svetlana Leonova (Alexandra Ursulyak) and their young daughter look on nervously from home at the launch. But it goes well and the two men are in space and Alexey is ordered to commence his spacewalk straightaway as it’s only a 24 hour mission. They have trained for a long list of things to go wrong and no lack of courage up there. 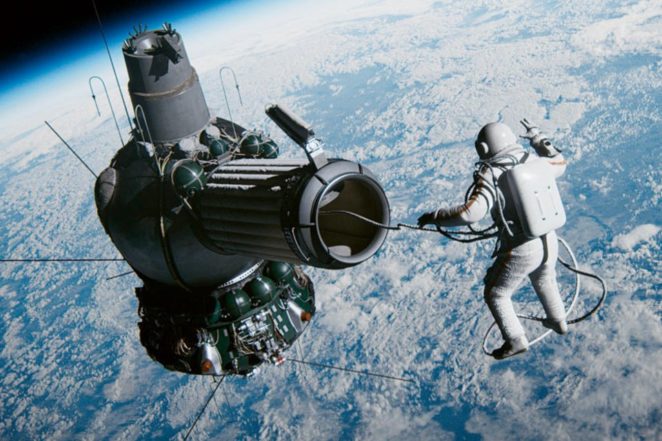 After a successful spacewalk, back on Earth Mission Commander Lieutenant-General Nikolai Kamanin (Anatoly Kotenyov) pronounces the mission a success to the world on life TV pictures as Leonova is ordered back to the capsule. But there is a problem, the suit over inflating as the air supply drops, the cosmonaut struggling to get back into the craft to depressurize as the oxygen runs out. Fearing America’s reaction the pictures are cut and ground control figure out what to do next and can they now get the craft home with the two men still alive? If they can’t then a story will have to be concocted to hide the mission failure to the people, and the West, meaning the cosmonauts may have to be sacrificed for the good of the Communist Party… 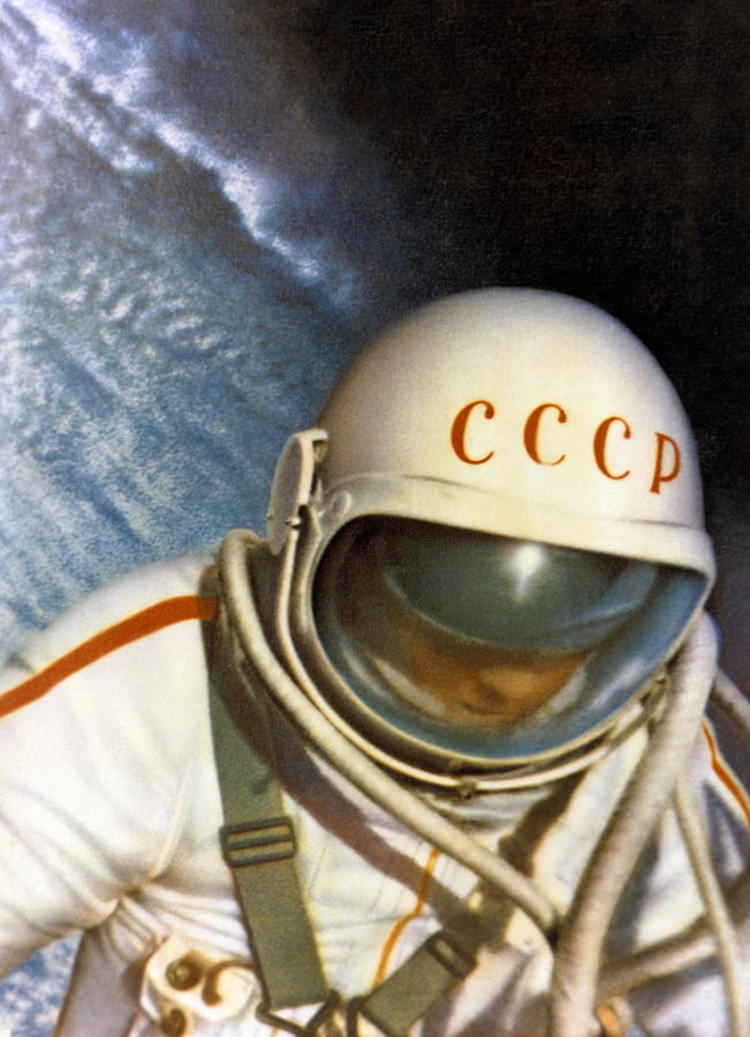 Like Apollo 13, I did not know the true story of these events until I saw the movie. Although Tom Hanks movie is far better and the story more incredible, Spacewalk was worth telling and interesting all the same. The mission went very wrong. It must have been terrifying to be up there knowing so many things could go wrong, and then did. Ron Howard’s films was more intricate and precise on the mission and creating superb tension and build up  that way where as Dmitry Kiselev’s film is far more dramatic and exaggerated to generate those patriotic thrills and spills. It has that propaganda feel to it even today. Its nicely done though and the clever flashback scenes to Leonov’s life give the film that extra dimension.

The special-effects are Hollywood top notch and has an expensive look to the movie, as all big Sci-Fi movies do these days. The acting and dialogue is a little more basic as it aims to appeal to all Russians although it works in context, writer Timur Bekmambetov the guy who did the excellent Russian vampire horror Night Watch. The lead character is good and plays the hero well and the Russian clichés piling up in the other performances. I didn’t notice the music so much. You could see the director borrowed heavily from Apollo 13 in the feel and look to the film at times and all the better for that. It’s tense, fun, gripping and interesting as we learn what really went on up there. It’s a bit long at 140 minutes and could lose half-an-hour but it’s one of those films you don’t really notice how long it is so an enjoyable movie experience. Definitely one to watch out for on your streaming or TV service.