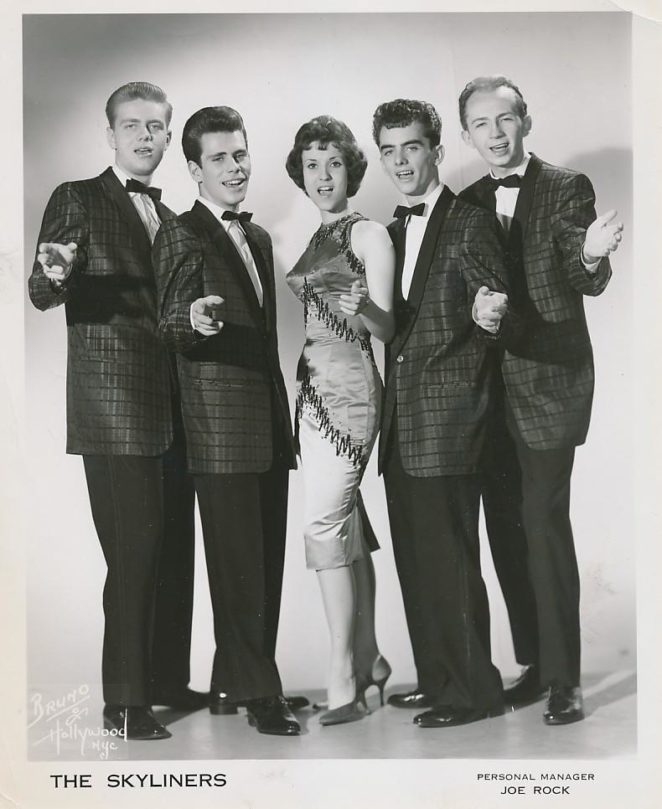 Even though the doo wop singing group The Skyliners had their hit record “Since I Don’t Have You” which was released as a single recording   in late December 1958 which was before I was born in 1961, the singer who sang the hit song about his girlfriend who moved from Pittsburgh Pennsylvania to the West Coast to attend stewardess school singer Jimmy Beaumont passed away on Saturday in his sleep in his home in McKeesport Pennsylvania at the age of 76.

Jimmy Beaumont may not have been a household name in the recording industry since the Skyliners group broke up in 1963 before the British invasion of artists like The Beatles, Dave Clark Five, Rolling Stones and other artists became the music phenom in that era, Jimmy Beaumont had success as a singer with a great voice in the Pittsburgh area that inspired other musicians to follow his footsteps in the recording industry like Glenwillard native Lou Christie who had hit record “Lighting Strikes.”

The irony of the hit record that the Skyliners had in “Since I Don’t Have You” was a song of sadness, it is the song that the late Jimmy Beaumont will be best remembered for since many of us do not appreciate our loved ones until they have departed from our lives.

Maybe one reason that the late Jimmy Beaumont was not a household name outside of Pittsburgh is that Beaumont was a very humble human being in an era of “Hey look me over” artists. However the Skyliners were performing reunion concerts recently and are still active doing singing shows in America.

Thanks for the memories Jimmy Beaumont. You will be sorely missed by your fans beyond words.