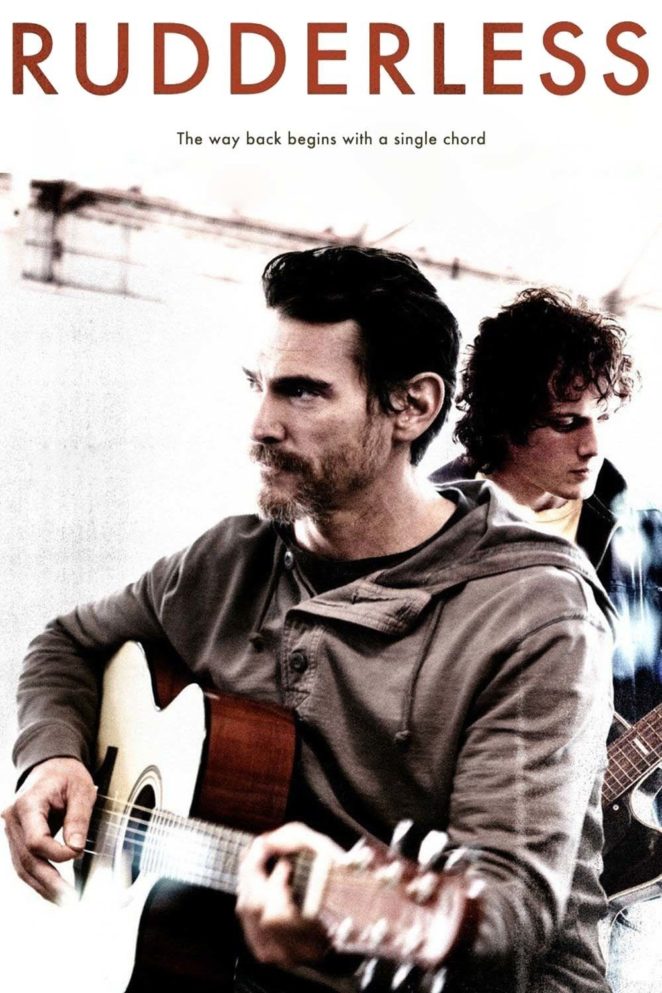 Rudderless is a mid budget American indie drama about the effects of a university shooting on the parents of the deceased. A mass shooting in the states is classed as two or more people killed or injured by a shooting and happens most weeks somewhere there. Pretty much anyone can buy a gun. There are over 300 mass shootings yearly in America and over 30,000 plus gun deaths and an astonishing 500,000 plus injuries from firearms. Of this 30,000 plus, 10,000 or so are suicides, 10,000 are gang related and the other 10,000 what’s left. 50 American adults a year are killed or injured by kids picking up a gun in the family home and accidentally firing it. America’s obsession with guns, considering the carnage, is bizarre. Quite incredibly just 171 Canadians were killed by guns in 2018.

This is the directing debut of William H Macey.

Middle class couple Sam (Billy Crudup) and his wife Emily (Felicity Huffman) are in mourning after their son was killed in a college shooting in Oklahoma, 5 others kids dying in the library. The press are harassing the families and all too much for the couple as they quickly divorce after the shooting. 57% of couples split when they lose a child.

Two years later and Sam is living on a sailboat drinking too heavily and doing odd jobs to make a buck, spending his down-time making music on his guitar. He can sing and play a bit and tries his hand at talent nights in town. The songs he sings are the ones composed by his now dead son who loved his music and made a few CDs, now in possession of dad.

At the local bar he gets his first fan, a young kid called Josh (Miles Heizer), who is also a singer songwriter. He bugs Sam to team up and sing together as he loves the songs but Sam not keen due to the personal nature of his singing, trying to keep the memory of his son alive through the music. But Josh doesn’t back down and they are soon jamming together, growing a following in the bars. When Josh adds a drummer and bass player they pack the place out and going places, bar owner Rab (William H Macey) keen to have them back.

Sam becomes known around town, music shop owner Del (Laurence Fishburne) particular interested in Sam. But Sam’s misses less than impressed with his lifestyle and wants him to finally deal with the divorce, the house and the loss of his son like a grown up. But a brilliant and surprising twist throws the film in a whole different direction.

Quentin: I’ve heard the donuts in here are better than sex.

Sam: You’re doing it wrong, then.

This is most definitely a movie of two halves. The first 45 minutes is engaging as a father expresses his love for his kid by keeping his memory alive although on the surface a selfish man. Then the clever twist comes and suddenly all of the movie before then makes sense and the rather craggy Billy Crudup’s torment through his excellent performance all the more powerful. The actor sings and plays the guitar here for authenticity and very good to. It’s one of the reasons he was cast for Almost Famous all the years ago.

Its 5m Budget took a risible $567,234 dollars back and simply a film that didn’t spend on publicity. With the loss of Blockbusters that acted as a library of new films available on the highstreet, as well as an easy way to rent a movie ,people don’t really bother with researching movies anymore. They watch what is on their recommended list on their movie package and film like Ruderless is buried. It’s a solid indie worth seeking out.

It’s an enjoyable mood piece and got made because a couple of names signed up on top of Crudup, the way it is these days. It’s entertaining because the music and soundtrack is good and because of that twist. One to watchout for if it shows up on TV.