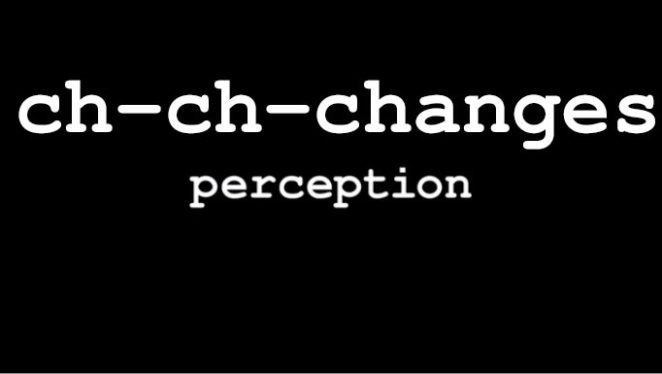 “Ch-Ch-Changes” is episode one of season two of Perception and Daniel is showing Frankenstein to his class. He says it is related to a fundamental question for the semester: What is a normal brain and how does it affect behaviour? An abnormal brain could turn someone into a monster but it is more likely to affect them in less dramatic ways. Some abnormalities are structural, and can be detected with a brain scan or an autopsy. Others are neurochemical, and we may not always know they are there. Some are treatable with surgery or drugs but, no matter what, we can’t exchange one brain for another.

At the FBI, Kate exits the lift to be told that there is a hot guy at her desk. The new U.S. attorney, and he isn’t wearing a wedding ring. Although it turns out he is married, because he’s Donnie, Kate’s soon-to-be ex-husband. She isn’t happy to see him. He was transferred back several weeks ago but knew Kate wouldn’t want to see him, so he’s been avoiding her. However, he needs her help. A capital murder case was overturned on appeal and he needs an expert psych witness. The word is, Kate knows the perfect guy.

Kate shows a video to Daniel of a man, Billy Flynn, being arrested. He was the leader of a motorcycle gang, the Road Ragers, and has a history of violence. When CPD turned up, Flynn drew a gun and, in the scuffle, shot himself with it under the chin by accident. A .22 lodged in Flynn’s brain but he survived. Flynn made a complete recover and five years ago a federal jury sentenced him to death, for tracking down his wife who had left him, bringing her back to Chicago, torturing her for 3 days then strangling her. A new attorney has got a new trial because the previous counsel never had a competency hearing. That’s where Daniel comes in. It’s not every day he has a chance to examine someone who has taken a bullet to the brain.

Donnie and Kate watch as Daniel interviews Flynn. Daniel seems to notice something and Flynn draws a sketch of a flower during the test. It’s pretty good. Afterwards, Daniel says he needs to take Flynn to the university for an MRI. Donnie isn’t happy. Yes, Kate tells Daniel, he’s that Donnie. Daniel needs an MRI before he can give an expert opinion. After it, he tells Kate a lot of technical stuff which boils down to the guy they want to execute doesn’t exist anymore. Donnie does not like answer.