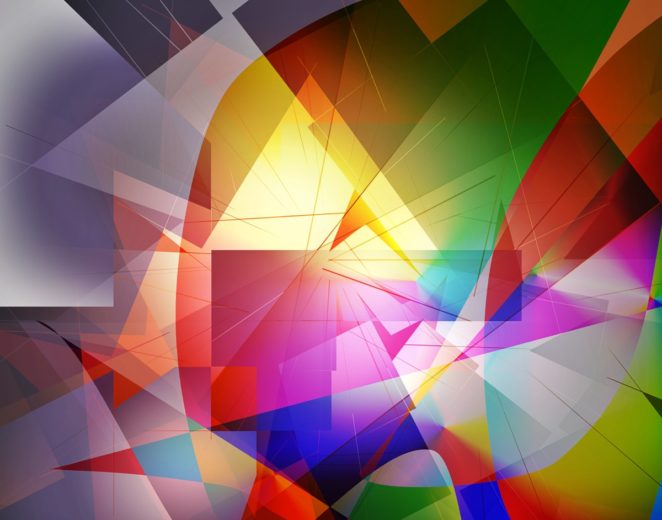 Todays paintings are obvious triplicate siblings. There are two sets with features resembling their siblings.

A painter never knows when a painting is finished. It is easy to recognize the cases where you have gone too far and you do not like the resulting work as well as you liked the work in progress. It is not so easy to recognize when you have not gone far enough and just a few more changes will enhance the result.

I create a draft image and then start altering it with photo editing tools. Some edits involve adding new layers, but other edits just change the filtering, contrast, and colors. There are also elements called overlays in my favorite editing tool “Pixlr” by Autodesk. Pixlr allows you to change the texture of the underlying canvas (as do many other digital painting apps) as well as adding hundreds of “standard” overlays that can be blended with the original with different mixing rules to add, subtract, multiply, darken, lighten, etc. It is very complicated to explain all the options but quite easy to actually play with the different options and create hundreds of variations of the same draft. The creativity lies in choosing amoung the thousands of different possible alterations to enhance rather than degrade your draft painting.

I tend to favor the sharper contrast, more saturated and edgy versions. In this case I like the last version on the right “Illustrious” the best.

In the above set of triplets, I like the first version, “Christmas Apple” the best. The subsequent versions seem to get a little too “muddy” with too many colors or less saturated and darker versions of the base colors. Which is your favorite. Clap once for version one, twice for version two and thrice for version three.

This one is called "Christmas Apple". The colors remind me of Apple's logo in the early days.

You can see the brothers and sisters of this image in my Blog Post where I explain the editing process to arrive at different versions of the same draft in an attempt to improve the image. The attempt sometimes ends up degrading the image, but I seldom know in advance which direction further editing will take me.

Experience is teaching me a lot about getting too complicated with my paintings. As I am sure you have noticed, I need to work on simplifying my paintings. And stopping at a point when there is enough interest, but not too much clutter.