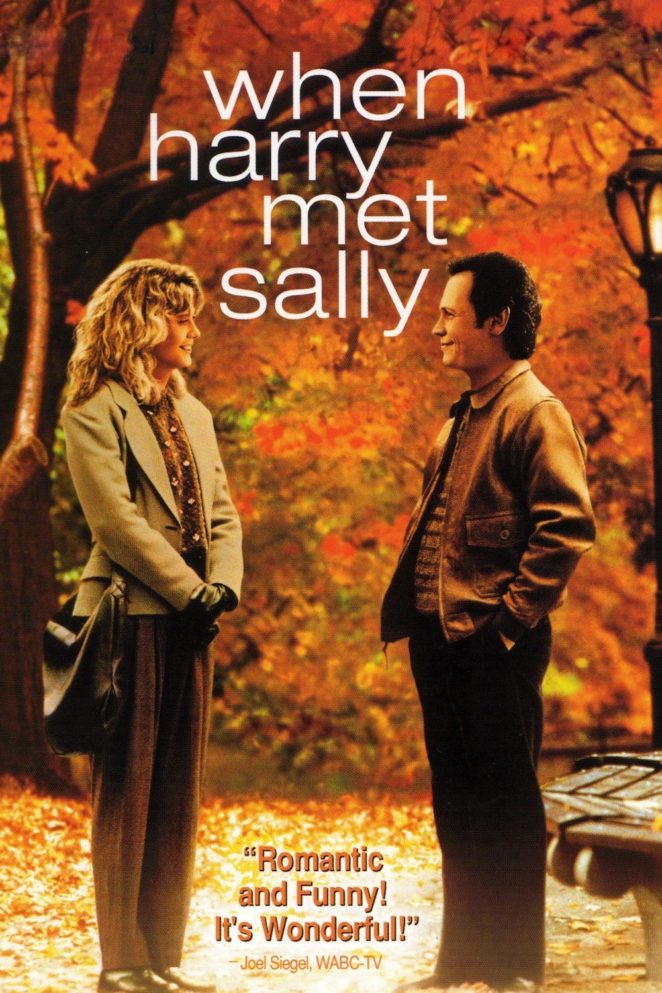 My wife and I often share our when Harry met Sally story.

It is a story of two people that met and didn’t like each other. Thrown together (driving from college to the big city and jobs) they didn’t get along. Sally, played by Meg Ryan was a perfectionist. Harry, played by Billy Crystal was a “realist.”

The early best line in the movie “men and women can’t be friends.”

But it is a movie focused on the story of the two of them becoming friends. Finally in the end, with the traditional Hollywood falling in love.

I truly adore this movie.

I gave When Harry met Sally a solid 5 out of 5.