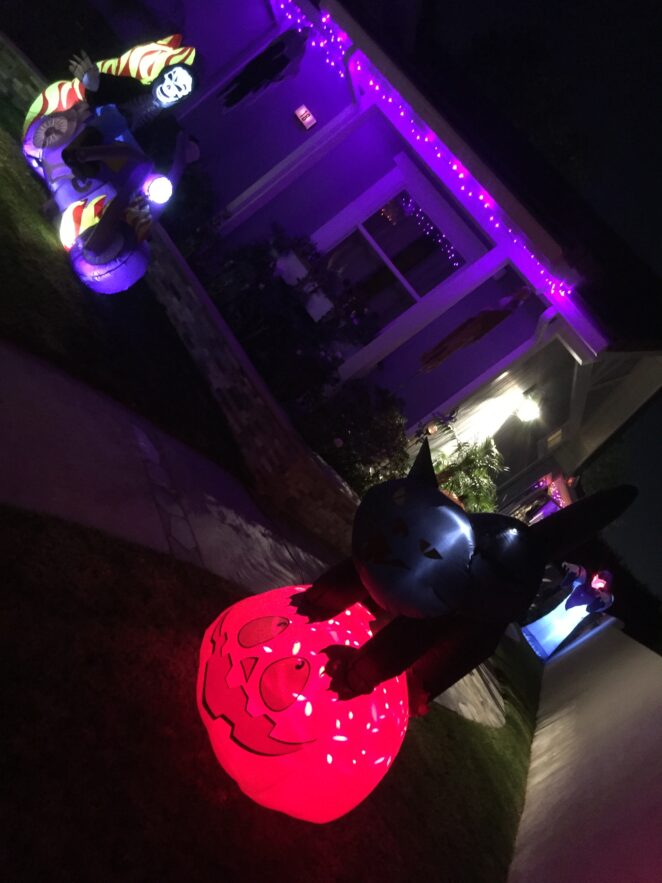 The weather was nice today. I noticed the colorful autumn leaves on some trees as well as few strewn on the sidewalks in my neighborhood. It looked pretty. Although the weather was nice earlier, I decided to wear my puffy jacket during the evening walk because the weather might cool down. I drover there at 5 :30pm, and watched a Youtube video while waiting for the rest to arrive. Six people showed up for the Woodbridge walking meetup. The weather was still nice and mild, and I felt hot in my puffy jacket. But it might have been cold if I didn’t wear it. The Woodbridge Village Center was busy with kids and families, whether going to the movies or eating dinner. The playground area was noisy with kids screaming and playing together. It is good to see the area lively again. At the end of the walk, I noticed I walked 4.7 miles and 11, 501 steps.

Alec Baldwin, born on April 3rd, is an asshole Aries. He jokingly points a gun at a woman and shoots her? This sounds pure stupidity. Who does that? It is likely a blood sacrifice during the Red October Halloween Satanic Ritual Sacrifice Season. His daughter Ireland is now a lesbian, probably because he had to deal with this piece of shit as a father. He shot her at a ranch, near Epstein’s Ranch, which is human trafficking area. He killed Halyna Hutchins. Her husband was Clinton’s lawyer. It probably had to do with Halyna wanted to expose something of Hilary Clinton. Alec Baldwin is part of the deep state, and the shooting is likely intentional because Halyna was going to expose deep state Hilary dirty deeds. It also has to do with making people get rid of their guns so that the government can control the public as slaves for the New World Order agenda. Therefore, the Alec Baldwin shooting is a set-up for promotions. Baldwins are Illuminati cult members. It is another false flag for the gun control agenda.

Peter Falk story. Late actor who played Columbo. I used to watch that series in the 70s. He looked confused, cockeyed, or both.

Learn a lesson about money during Mercury Retrograde?

Henry Winkler watched Heather O’Rourke die, and Erin Moran witnessed it. She had a ruptured intestine when she died, due to pedophilia. Spielberg was also involved.

Doris Day was a Satanist, born on April 3rd.

McAuley Culkin met a producer who was wearing red shoes, and these red shoes had to do with Heather O’Rourke’s skin.

Nicolas Cage is really a Coppola.