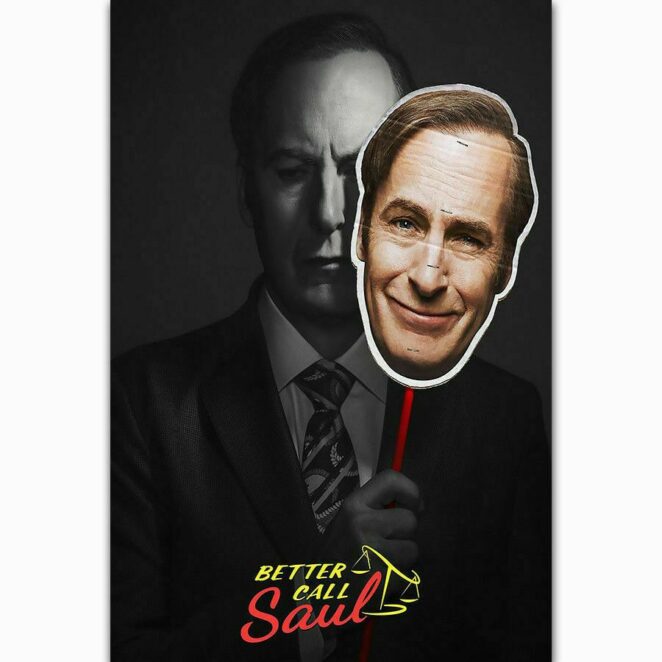 Big fans of HBO show Breaking Bad will know all about this show, a spin off series the concentrates on shyster lawyer Saul Goodman’s character from BB, the five series of Better Call Saul catching up with the Breaking Bad timeline and slowly feeding in other characters from Breaking Bad, the first three series concentrating on his relationship with his more esteemed lawyer brother Chuck McGill and then getting more drug cartel violent in the next two series, season six on hold due to coronavirus. I can’t wait for that one.

The first three series were very slow and subtle and lifted up with occasional top moments but as a Breaking Bad fan you just felt obliged to stick with it hoping it would ramp up to Breaking Bad level, one of the great TV shows of all time. Well season four it does as Gustav Fring arrives and sparks it up and season five the best so far.

Jimmy McGill (Bob Odenkirk) has given up on his corporate law lifestyle and setting up on his own as Saul Goodman, quickly becoming a backstreet lawyer of nefarious clients, including the criminal underworld, and increased interest from the cartels.

Ex cop and now cartel enforcer Mike Ehrmantraut (Jonathan Banks) is keeping an eye on Jimmy/Saul as his boss, Gustav Fring (Giancarlo Esposito), may require his services one day. All this is putting a strain on Jimmy’s relationship with fellow lawyer Kim Wexle (Rhea Seehorn), who is morally torn loving a man who operates very differently to her in the office.

Opposing cartel muscle Nacho Varga (Michael Mando) has been bumped up to run things in New Mexico after his boss, Hector Salamanca (Mark Margolis), was laid low and Nacho now conspiring with Fring to keep his boss laid low for good. Hectors charismatic cousin Lalo Salamanca (Tony Dalton) has taken over US operations to mentor Nacho as the double dealing and scheming intensifies as cartel war nears, Jimmy now in the middle of it as he begins to work for both sides, whether he likes it or not..

Good stuff and back up to Breaking Bad excitement and tension for creator Vince Gilligan.  He spent too long in the first three seasons filling out Jimmy’s boring back story and so a relief to get into the cartel action here, the body count rising in the last two exciting seasons. Most of the Breaking Bad characters have appeared in the first five seasons and who knows who will arrive in the next one.

Gilligan likes to flesh out his characters and then stick with them as they weave into the duplicitous storyline. The violence is ramping up and great to see some old faces in this season. Gilligan’s signature soundtrack and arid desert and Hispanic hybrid visual look striking as ever in the show and potential for the next season set up beautifully.