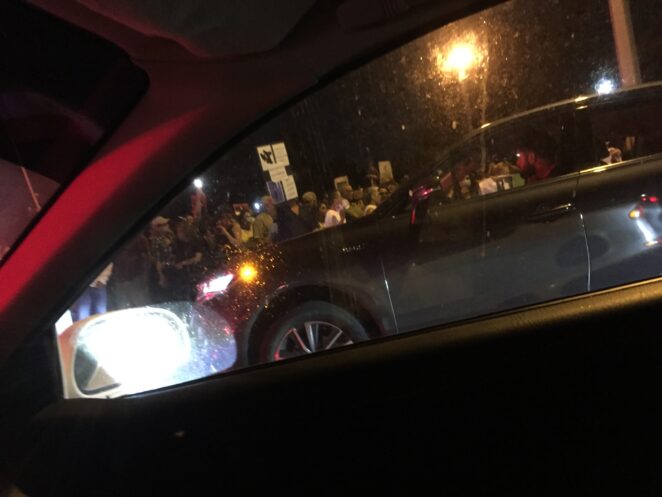 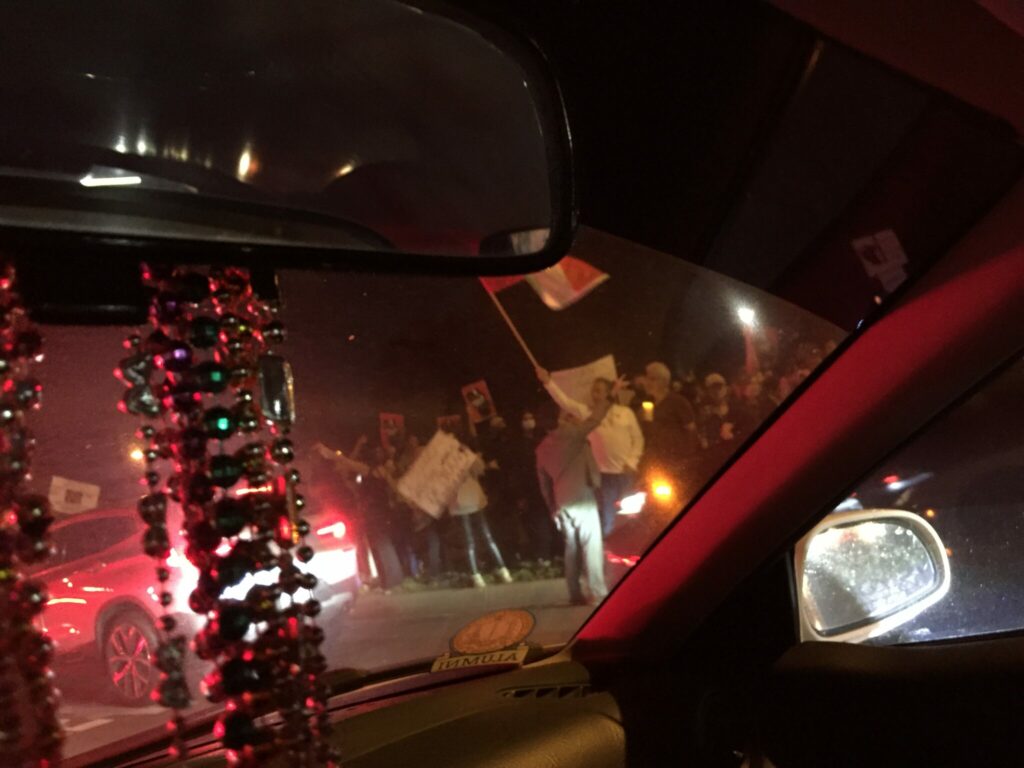 Last night, while driving home from walking meetup, there was busy traffic. I soon realized that it was a large Iranian protest of the murder of Mahsa Amini, who was tortured and abused by the Morality Police because she wasn’t properly wearing her hijab and hair strands were falling loosely out of her hijab. The abuse continued until she had a heart attack and brain seizure, which put her in a coma for two days and brain dead. She died of cerebral hemorrhage and stroke, due to skull fracture with severe trauma. She was born on September 20, 1999 in Saqqez, Iran, and she died on September 16, 2022 in Tehran, Iran. She was almost 23. (I took some snapshots with my iPhone while stuck in traffic at around 7:45 pm). 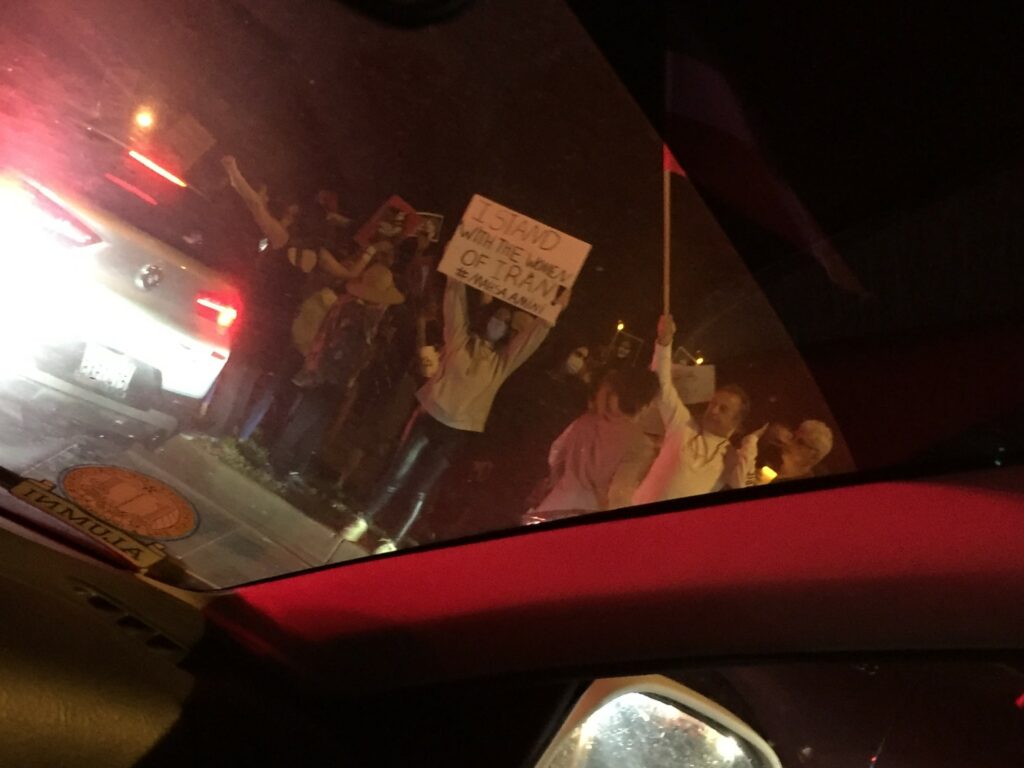 There will likely be one more time change, which is in November, and the time will be permanent. No more time changes. This is the second time that I have heard of this–here in this video chat as well as someone mentioned in the evening book meetup.

Jeffrey Dahlmer’s mother worked for the military. And, Jeffrey was used in experiment testing when he was a kid, placing him on psych medicine, which grooms them for dark cult puppets. Same thing happened to Charles Manson. He worked for the government, abused since childhood, as CIA assassin and puppet to kill off certain people. Also, the man that Elisa Lam met for brunch in San Diego was also from the military. Who knows what they discussed, before she went to LA and disappeared inside the Hotel Cecil. Then, the Lam-Elisa Tuberculosis Testing Kit was being promoted to the homeless people on LA Skid Row as well as everyone in the Hotel Cecil, making it mandatory that they all do this TB testing.

America is run by Big Pharma to put everyone on some drug to make them controllable and submissive slaves. First, they shove food down people ‘s throats with endless fast food and restaurant commercials. Then, they provide coupons for fast food, junk food, and other food, making it cheap and easy to get. Then, when people get sick or feel ill, they push all kinds of medication, necessarily beneficial, but its motive is to create drug addicts who need these meds to live. Such meds are likely to worsen the victim’s health without healing the person. They become helpless slaves to Big Pharma, desperate for the Zionist-occupied govt’s aid, which will likely worsen the victim’s situation.

Transgenderism promotion continues. First that male swimmer who won an medal as a female trannie swimmer with competing with women because he obviously sucks to compete with other men his own gender. Now, it is a judge, Alison Nathan? I am not sure if that is a trannie man or a lesbian butch. But Alison Julie Nathan was born on June 18, 1972 in Philadelphia, Pennsylvania, and is an American lawyer and judge. This person is 50 years old and married to Meg Satterthwaite. They have 2 kids. It looks like a man, but who knows.

Gwyneth Paltrow is turning 50 in September? I think she looks older than 50. She needs a tan and some botox.

Doris Day did Black Magick to get where she was at.

Camilla got Princess Anne’s husband, and then married Prince Charles.