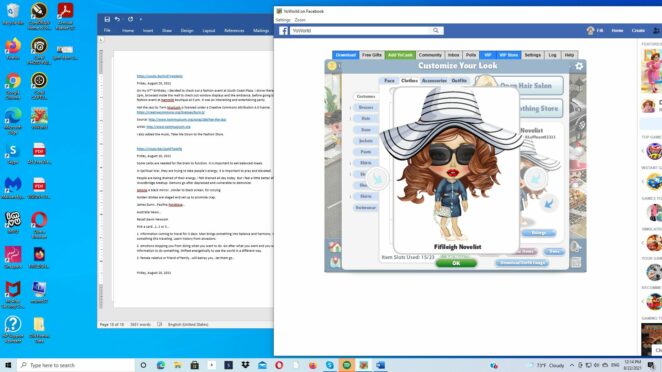 It is now Virgo season. When my mother was pregnant with me, the doctor told her I will be born in September, but I ended up coming out early on August 19th under Leo.

Recall Gavin Newsom continues in California, while the mainstream Zionist media continues to tell the public to vote NO on recalling Newsom.

In LA, they are pushing vaccine passports to force people to get their vaccines.

No more free bags in California.

12 million people died of heart problems, while much less have died of Cornyflu.

Russell Brand is annoying, rambles on about twisted crap to promote shit to the public. Just listen to his Youtube videos.

Someone once told me that I looked like a young Meryl Streep.

Yeah, I forgot that Sunday, August 22nd was a full moon night.

Virgo-rising => are treated like a Virgo, often critiqued too much that they are forced into perfectionism to prove themselves.

Virgo Moon => their mother often critiques them or they have some kind of ties with their mother.

No, I strongly believe that Jesus was born during springtime, specifically March 20th, or around this date.

I never drank TAB. I just thought it looked weird. And, TANG was a corny drink promoted to kids as a cool space drink.