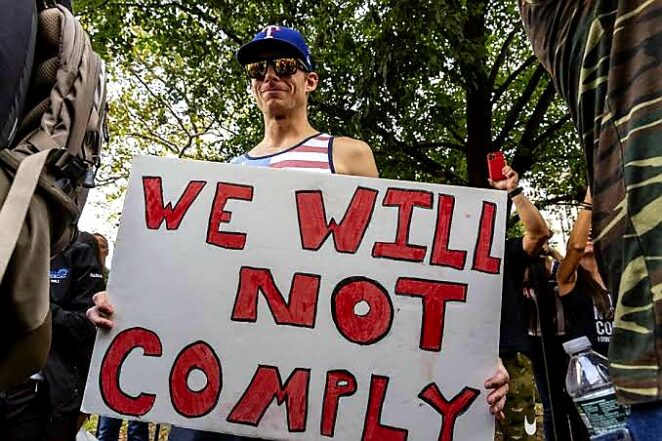 Eyesight issues? It is mostly old age issue because when I turned 50, I needed reading glasses. But the title is about the people who cannot see the truth who actually need to check their eyesight, unless they are demonizing the truthers by telling them they have eyesight issues to silence them.

They are using frequency wave so force people to see their fantasy world and not reality. Decaying people’s eyesight so they cannot see the truth?

Someone in the chat noted, “this plandemic is a means to get rid of the middle class.”

The above snapshot for this post is about the Police Unions filing a lawsuit against Fauci for vaccine mandates, and I found it on Youtube.