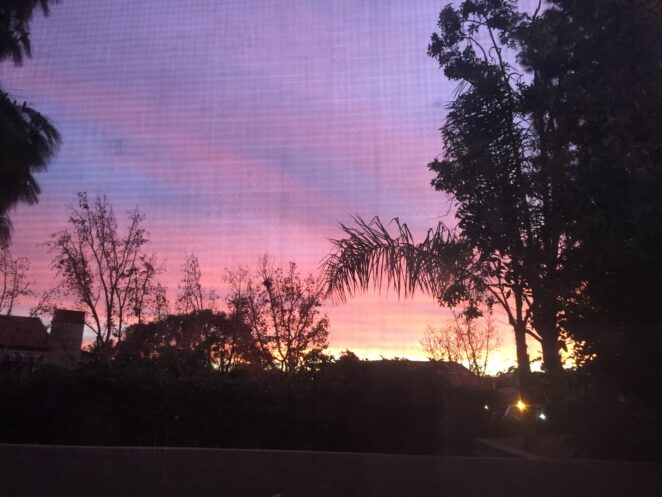 I start this post with sunrise snapshot from my slide door at around 6:30 am. 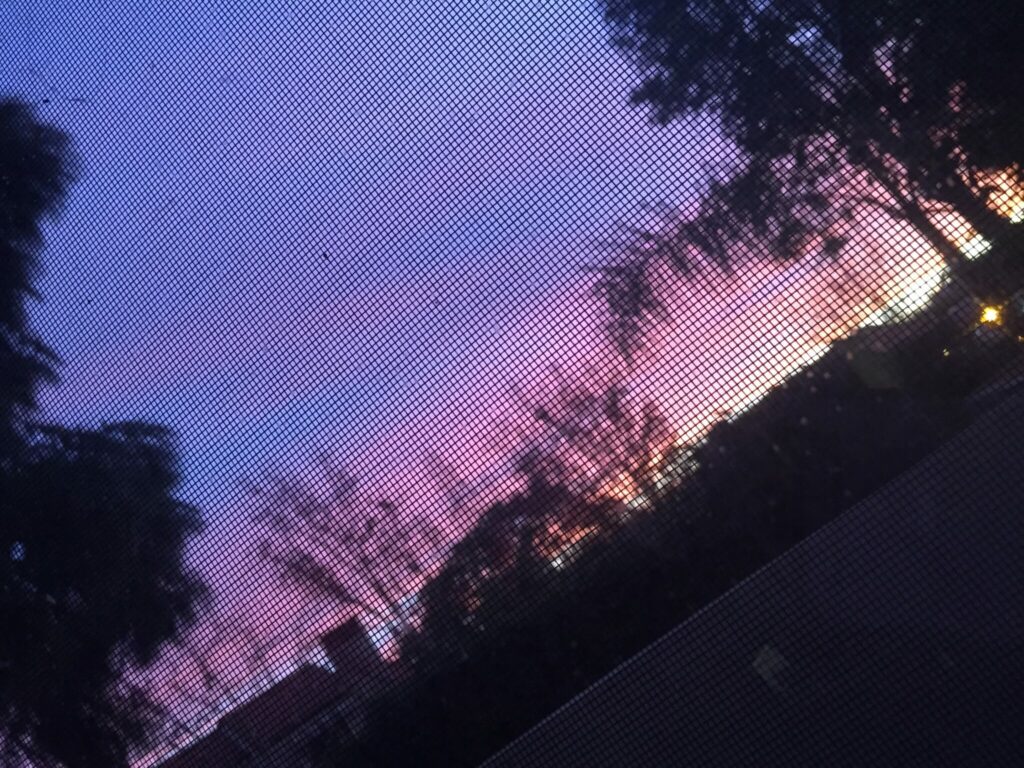 Full Moon in Cancer. The cancer moon is activating all kinds of things. Many things will happen. Cancer will become invested in traditions. People’s emotions will open up to what the traditions really are, not to what they wish them to be. 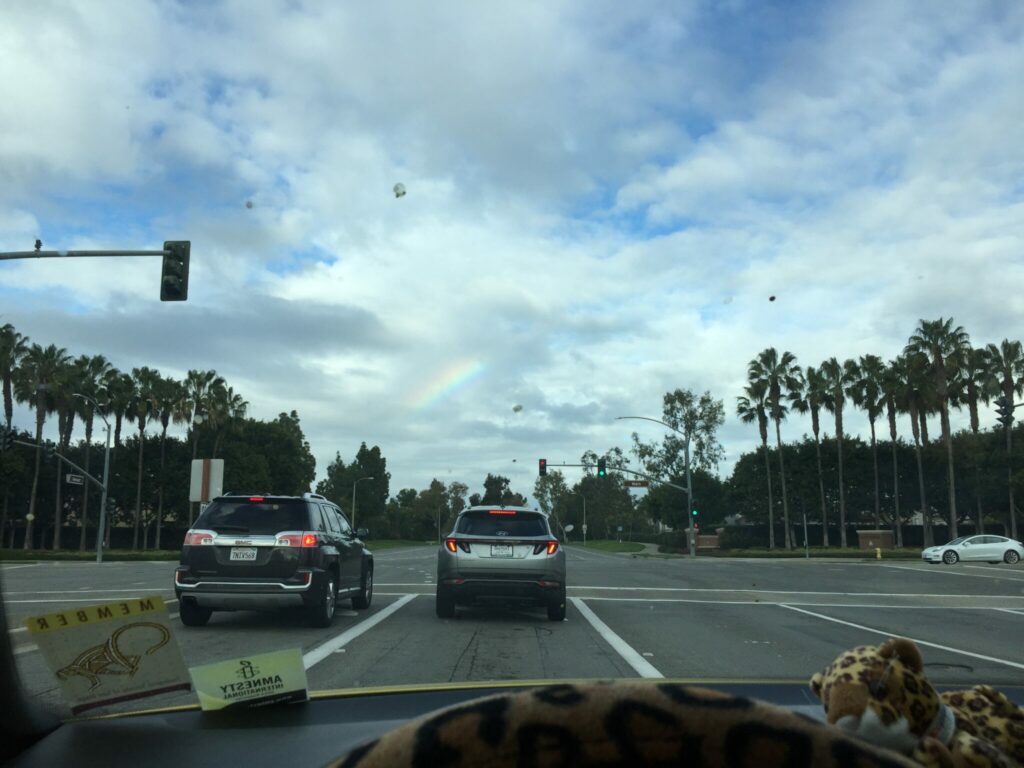 I saw a rainbow today at around 3 pm, my first rainbow for 2022. When I saw this rainbow today, I forgot today was Full Moon day. 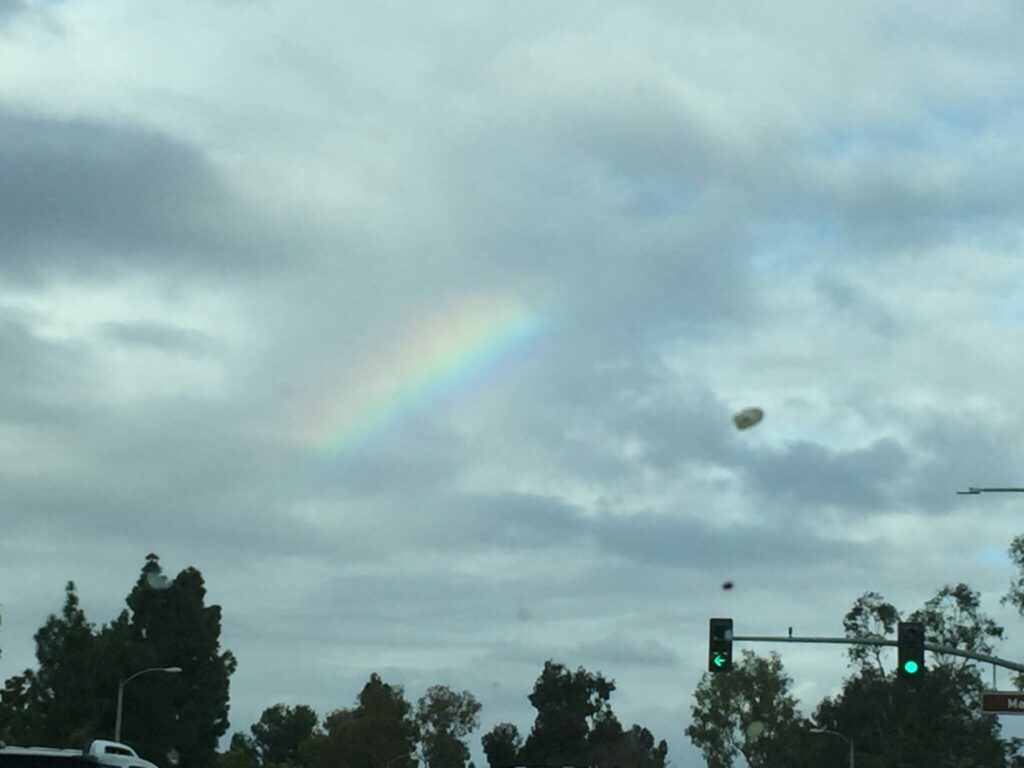 LA is being trashed, like other big cities, such as NYC, Chicago, London, Paris, etc.

Many people who have been vaccinated have been getting sick, while others who refuse to get vaccinated are being blamed for their sickness.

Bill Gates bought most of the farmland in America so that he can further manipulate the food, and more food will be contaminated with his toxic ideas.

My energy has been drained since Thursday, January 13th, probably because January 14th is Mercury Retrograde, which has been messing with my head since the 13th. I hope it leaves soon.

Now, they want people to wear a “duck-face” mask?

Pluto Return—is the take down of America—it will shake down the system and the world—around February 19th, 2022, at 10:22pm and February 22nd.

Drugs and other addictions open up your mind and body, and demonic entities can easily enter your body to possess you.

Time traveling? I have been through astral traveling once via a dream, which felt weird but interesting, because I didn’t know what was really happening until I noticed my late father at a young adult age, dressed in all white, at the other realm. The area had endless green grass, cloudless blue sky, and very light breeze. The air there was pure and clean, nothing like the air on earth, which is filth in comparison. There were some black and white scenes in the background, from the 50s—an old car and young adult people in white 50s outfits. My late father was relaxing on the green grass, hanging out with his friend, a 15-year-old Golden Retriever named Hangar. I chatted him for a while, before I woke up in my bed with a jolt. It felt out of body, but it was an interesting dream experience.

Pizza is a codeword for pedophilia and eating babies. Many celebrities promote cannibalism, mostly of kids and babies because eating babies gives them power, as well as drinking adrenochrome from babies and kids.

Don’t go to doctors or hospitals unless it is absolutely necessary. Take minimum drugs, when necessary, because most doctors, hospitals, and drugs are trying to keep you sick and needy to steal money from people. If you are poor, you might as well be dead because you don’t have money to steal.