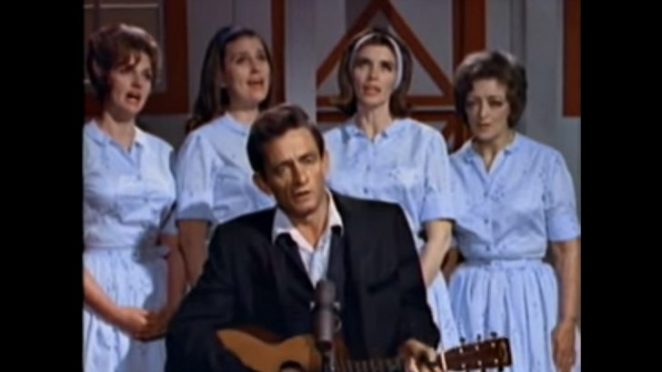 Who was the first family of country music? They were The Carter Family from southwest Virginia. The head of the family was “Mother” Maybelle Carter who performed along with her three daughters, Helen, Anita and June. It was her daughter June Carter, who married country music legend Johnny Cash.  Maybelle Carter was born Maybelle Addington on May 10, 1909.

Maybelle and the other members of her extended family all learned how to play instruments, sing in harmony and finally mastered a wide repertoire of traditional mountain folk songs. The family went about performing locally until they had the opportunity to be recorded in Bristol, Tennessee.  Later on, these were referred to as “The Bristol Sessions” and launched the musical career of The Carter Family.

They recorded songs that were a mixture of pure country and bluegrass like “Wildwood Flower” and “Can the Circle Be Unbroken”. These recordings gave them the opportunity to sing on live radio programs. Their act was known as “Mother Maybelle and the Carter Sisters” and they went on to record and perform for the next 35 years up until Maybelle Carter died on October 23, 1978.