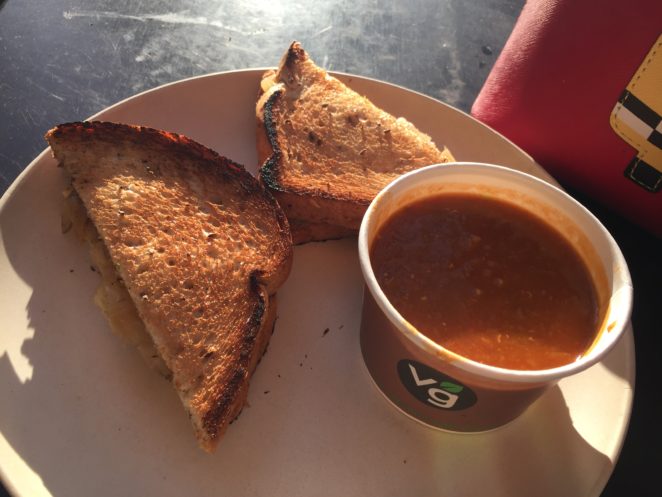 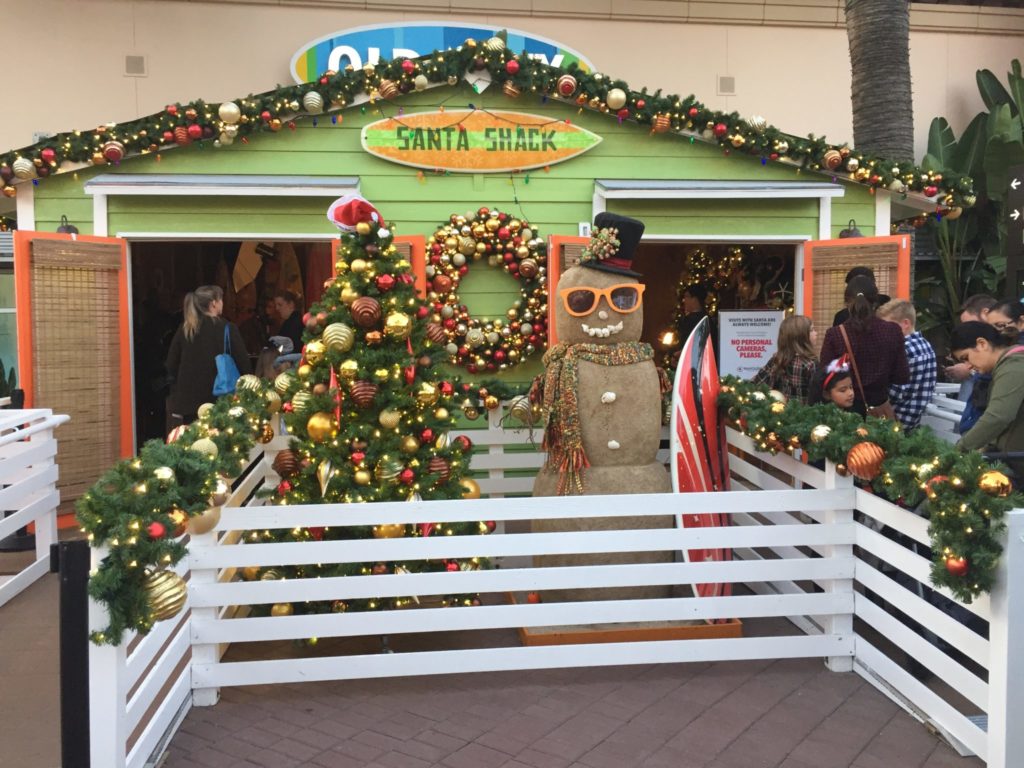 Friday was a long day for me, in which I arrived home at midnight Saturday morning. I turned on my computer to realize I needed to change the batteries in my wireless mouse. Then, I noticed Virily was down. I went on Facebook for an hour, until I decided to go to sleep. 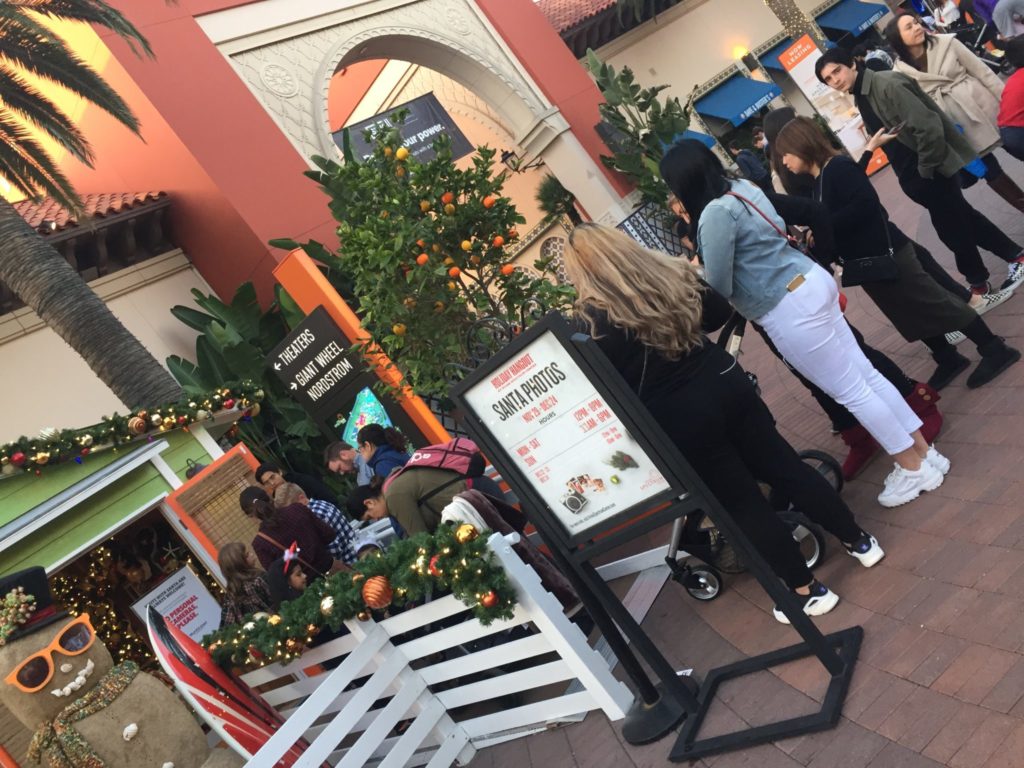 I drove to the Spectrum Center at 3 pm. The mall was very busy, filled with holiday decor, activities, and people shopping. I decided to eat an early dinner at Veggie Grill, and I bought a Vegan Patty Melt with side order of Moroccan Lentil Soup. 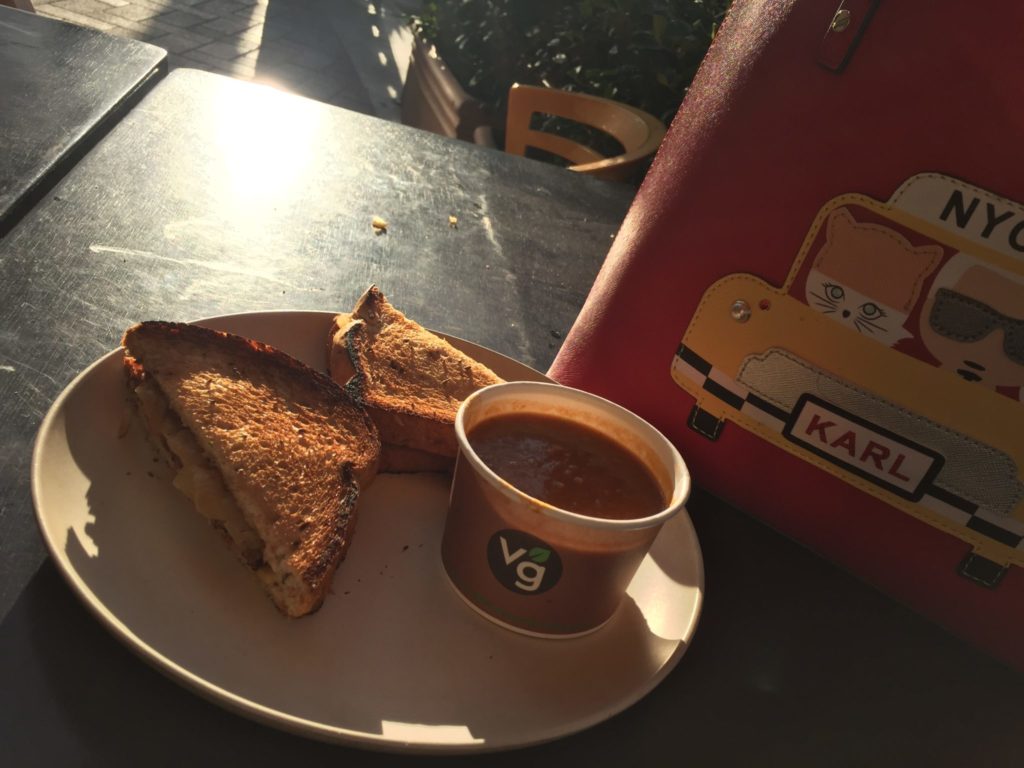 After eating, I walked around. I noticed Lenscrafters wasn’t there anymore. I am not sure if they completely closed down or they moved elsewhere. I had a feeling they weren’t going to last because the clerks in the store were always acting wacko idiots. But I liked that store because it had a good selection of glasses. Then, I noticed Forever 21 were having their closing sale. It was a mess inside. I browsed around and the closed looked more for teenagers. But I decided to buy a couple of skincare items as well as two sandals, and they all added up to $20. I bought my own stocking stuffers for this Christmas. Last week, I bough Gumby’s stocking stuffers from grocery outlet–bunch of catfood and treats. He has already ate some of the catfood. The fixtures are all for sale. I noticed some mannequins, but I think they are all half mannequin, not the full ones. The full ones with faces are all gone. I am not sure I have room for one anyway. I wanted one for photography projects. But I wanted a full one with a face. Maybe I should wait for another closing sale, and go early to get a full mannequin. The line inside the store was very long, and my feet were aching, as I waited in line, looking around and eavesdropping on other people’s conversations. When it was my turn in line, one of the three cashiers decided to leave, I guess for a break, which I thought was stupid because the line was so long. I could have finished and left in five minutes. But I waited for one of the other two. I finished fast, and took my bag to my car’s trunk. Then, I went back to the mall because I was thirsty. I realized that I forgot to bring my water bottle. 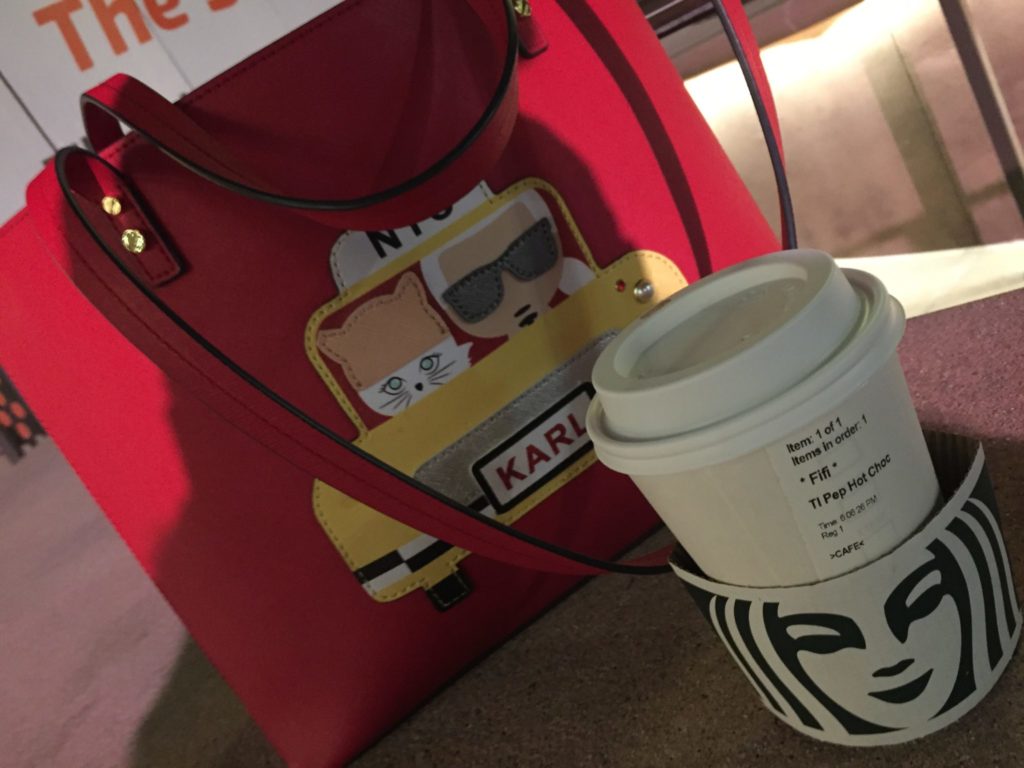 So, I went to Starbucks to buy a cup of Peppermint Hot Chocolate. I sat drinking my hot cocoa outside. The weather was cold, but nice and festive. I was playing around with my iPhone at an outside seating area, as I waited for my movie meetup group. Suddenly, a young 24-year-old Caucasian guy kept yelling and fighting with someone on his iPhone. He was dressed in a Star Wars outfit with brown robe, and he had a Yoda stuffed doll. So, he was waiting for the same movie. The 33-year-old black guy from Texas sitting in the same area suddenly started chatting with him to calm him down. So, we ended up chatting together for a while, but I mostly just listened. The 24-year-old has a mild case of Asperger’s, and he was arguing with his parents about his spending lifestyle because he wanted to fun with his life in order to relief stress. His grandfather is also dying from cancer, which is stressing him out. (I noticed that I always run into people like that during the holidays, struggling with some issues. But at least he is trying to relax and half fun by enjoying a movie to give himself a break. I think he needs to find his own place. But he mentioned that he cannot afford to go on his own. He is spending most of the money he makes for his entertainment purposes. I think that is how most men are anyway. He need to budget his money better so he can afford his own place somewhere). California is very expensive. It is hard for many young adults to have their own place. My neighbor stated that he might move to Texas for work because it is expensive for him to find another place in Irvine. He has a wife and baby, and his mother lives with them to babysit. 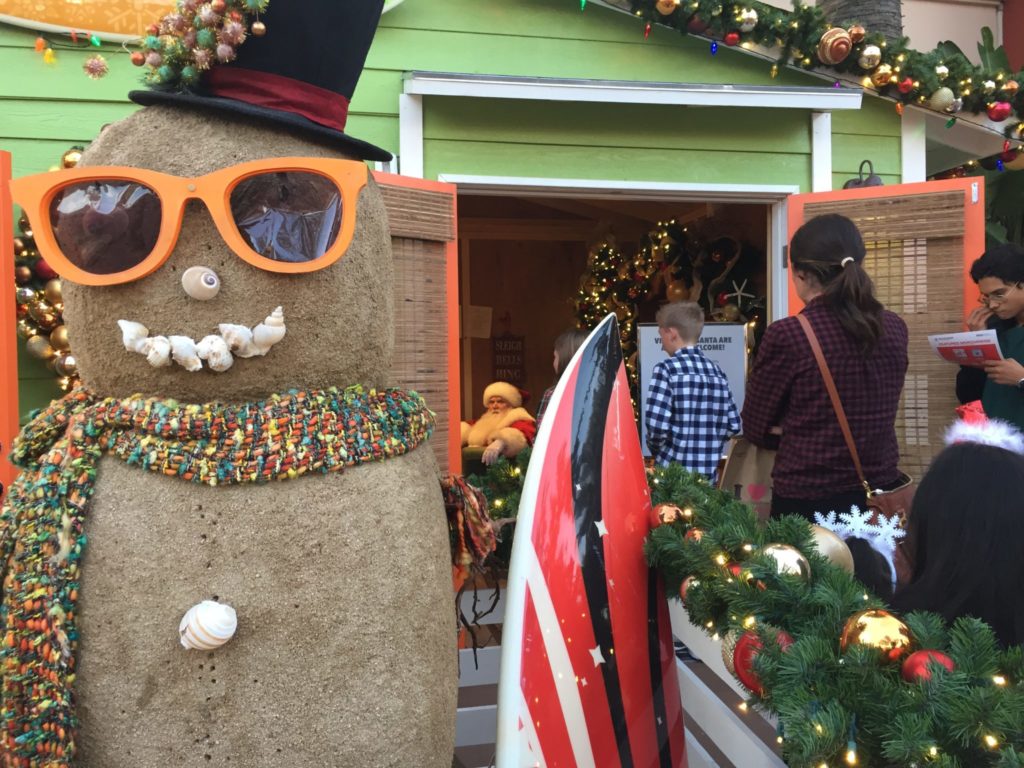 At 7 pm, I entered the IMAX theater, through the construction remodeling maze, looking for the temporary box ticket office, and bought my a regular standard ticket for the Star Wars finale, The Rise of Skywalker. I wonder if this is really the end. I picked my seat when I bought my ticket, and I couldn’t get one at the usual back seating area. So, I picked a side seat, by the wall, at F14. I entered auditorium theater 19, and noticed new red seats that rock back. As I waited, some people entered the auditorium, looking for another movie, I think Knives Out. So, they left. I checked my iPhone to tell the meetup group that I am in Auditorium 19, seat F14. I soon found out they are in a different auditorium– at theater 21. I guess that is what happens when everyone buys their ticket at different times.Too late now. I will see them after the movie. But my auditorium started the movie before theirs. I got out earlier. I decided to wait in the hallways after the movie, about 30 minutes, mostly in the bathroom. After the movie, 14 people hung out for half an hour outside. Some people decided to go out for a drink. I don’t drink and drive, and it is getting late. I drove home. I arrived at midnight, Virily was down, and I also needed to change my wireless mouse’s batteries again–like every three months. So, I just went to bed soon after. 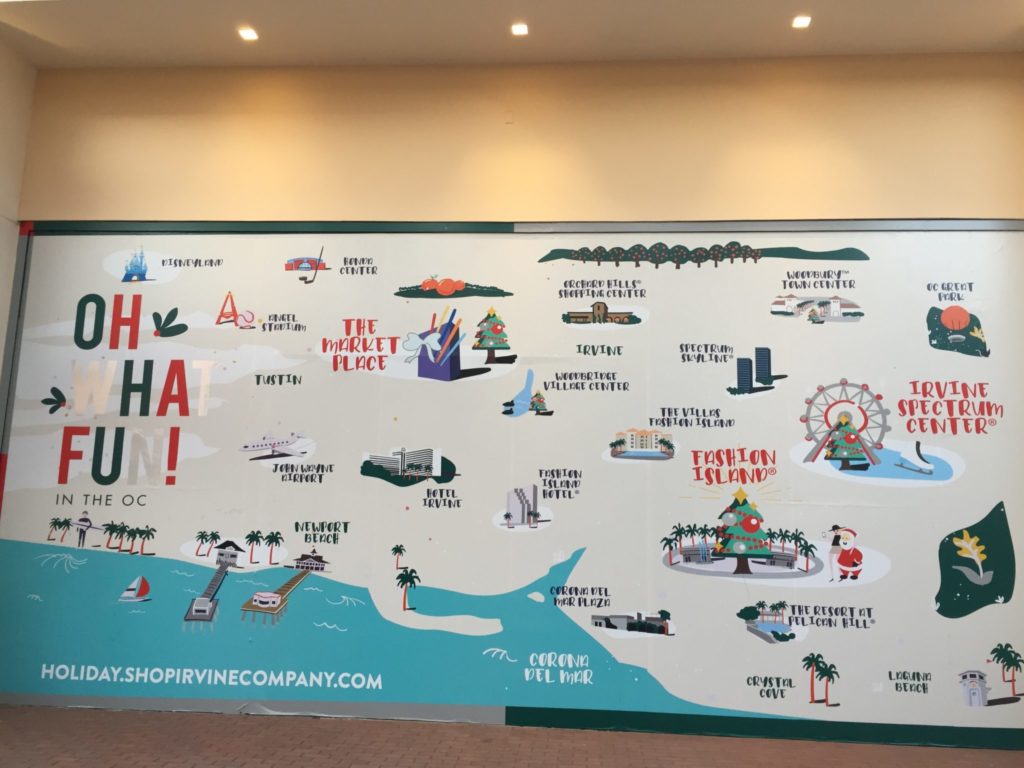 I thought this was an interesting basic map of the local area, from the coast to about circumference of Irvine, which is the close areas around Irvine.

Yesterday, I walked 3 miles in the mall, which is around 7,281 steps. Interesting workout.