US President Donald Trump has ordered Federal Investigation Agency (FBI) that FBI should investigate the allegations against the Supreme Court nominated judge Brett Kavanugh. President Trump has given this order on the request of US Senate Republican members. The investigation will be completed in a week and the verdict of the Senate on  judge’s Kavanugh nomination has been postponed until their report comes.

The White House has issued a statement on behalf of  Judge Kavanugh in which he said he would cooperate with the “FBI” in the investigation.  The Kavanaugh accuser Professor Ford’s, Lawyer Debra Kates, who has ,welcomed the investigation of the case ‘FBI’ and thanked the senators who made it possible. but the lawyer express the reservation on a week period for completion of the FBI Investigation in this case and said detailed investigations of the matter are necessary to bring all relevant evidence. 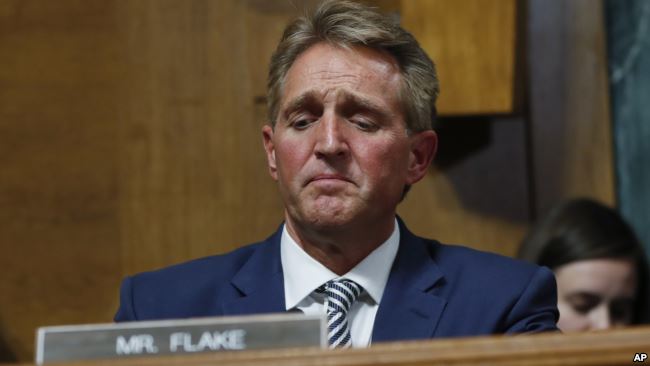 Prior to verifying the judge’s Kavanugh nomination, the FBI investigation was demanded by state Arizona, Republican Senator Jeff Flake, who was also a member of the Senate Judiciary Committee. Senator Flake said he was verifying Bett Kavanugh nomination on this condition at Friday’s in Judicial Committee meeting, that before the vote for his verdict in the Senate, the “FBI” should investigate allegations in seven days. All the Democrat members of the committee opposed Kavanugh when all the Republicans voted in support.

Just started, tonight, our 7th FBI investigation of Judge Brett Kavanaugh. He will someday be recognized as a truly great Justice of The United States Supreme Court!