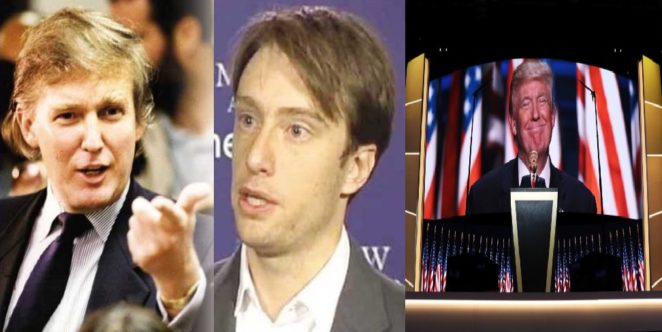 Donald Trump has been criticized on nomination, election campaign and US president’s presidential election, world wide and he is under discuss every where due to his policies and decision.

In the political field, Donald Trump faces several charges and criticisms, there are also questions on his private life and his role and people are also declaring him auspicious temperament, resentment and unwanted person and the worse president of american history and also dangerous for the world.

But American author Gabriel Shrman seeing him as Successful American President, and he will present the young Donald Trump in their story as an intelligent and best business person and according to this script, the movie will be made on the life of the Donald Trump.

According to the American Script Writer, he was collecting material on the life of the Donald Trump for the last 15 years and he is impressed by the young Donald Trump, due to his hard work and achievements being successful businessman. In that era, the present American President was an emerging builder.

According to the author, in the 1970s and 1980s, Donald Trump stabilized and went ahead in the business world, all this is impressive and surely fans will like it, however casting in film has not been finalized yet.Its production will be performed by the Gordon Media banner, as the author Gabriel Sharmen will be executive producer.