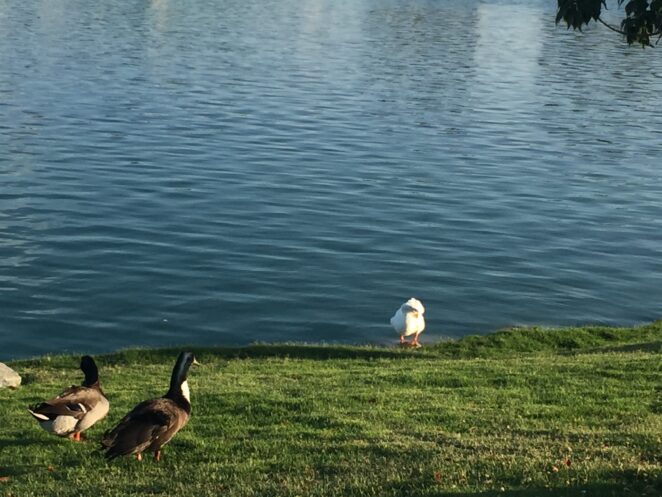 At 6pm, I went to the Woodbridge walking meetup. Only 6 people showed up, but only 3 people did both lakes. The weather was nice. The area was active with people enjoying the weather. There were many geese and ducks with their fuzzy babies. I even noticed some white ducks, in which I haven’t seen in a while. I walked 5 miles today.

The Woodbridge Center also looked more active today. Many families and kids were hanging out there, like a park area, even the the playground was closed off.

I also noticed Barnes & Noble has opened, but with restrictions. It closed today at 6 pm.

I found out today that George Floyd had criminal past, and he was on many drugs. George Floyd and Derek Chauvin (cop that killed him) had some confrontation before. So, I have a feeling he was sacrificed in order to push this race war for the NWO agenda. They want to provoke riots and chaos so that the NWO can bring order out of chaos.

I heard that the Spanish War was similar to this cornyflu because it mysteriously appeared, and then it mysteriously disappeared. It was also from a lab, and the 2nd version killed more people.

I returned home at 8 pm, and it was still light outside. I looked in my fridge and realized I need to go to the grocery store.