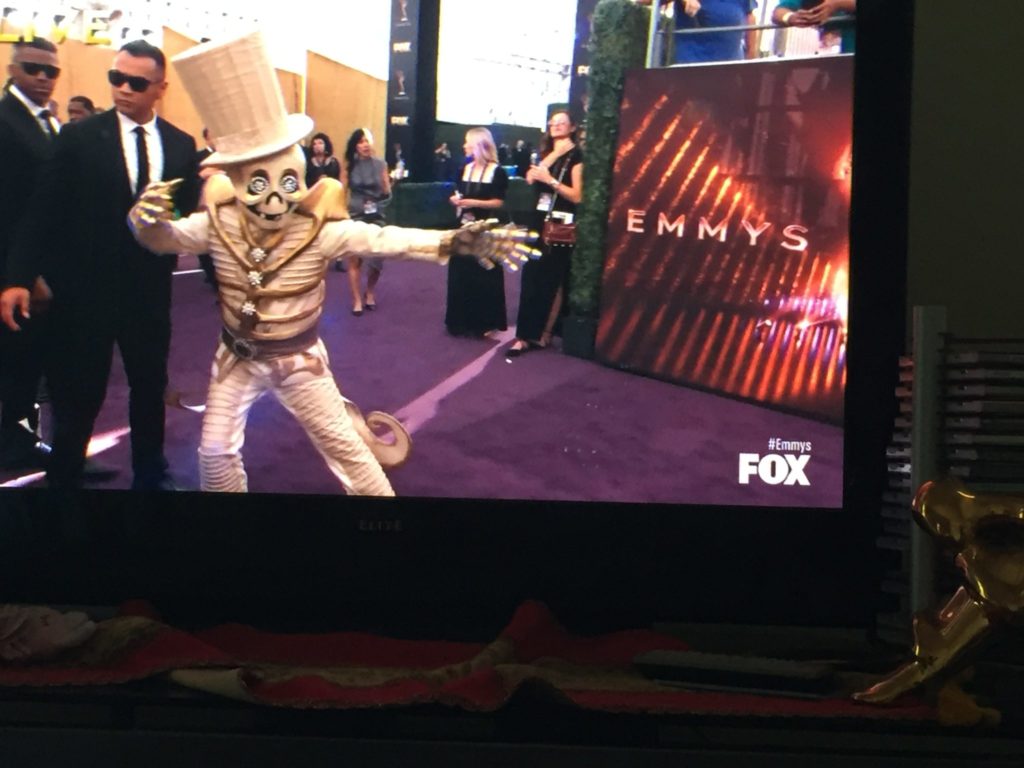 For fun, I decided to watch this year’s Emmy Awards, from the countdown at noon until the end at 8:00 pm because I was in the mood to watch Hollywood’s circus acts. 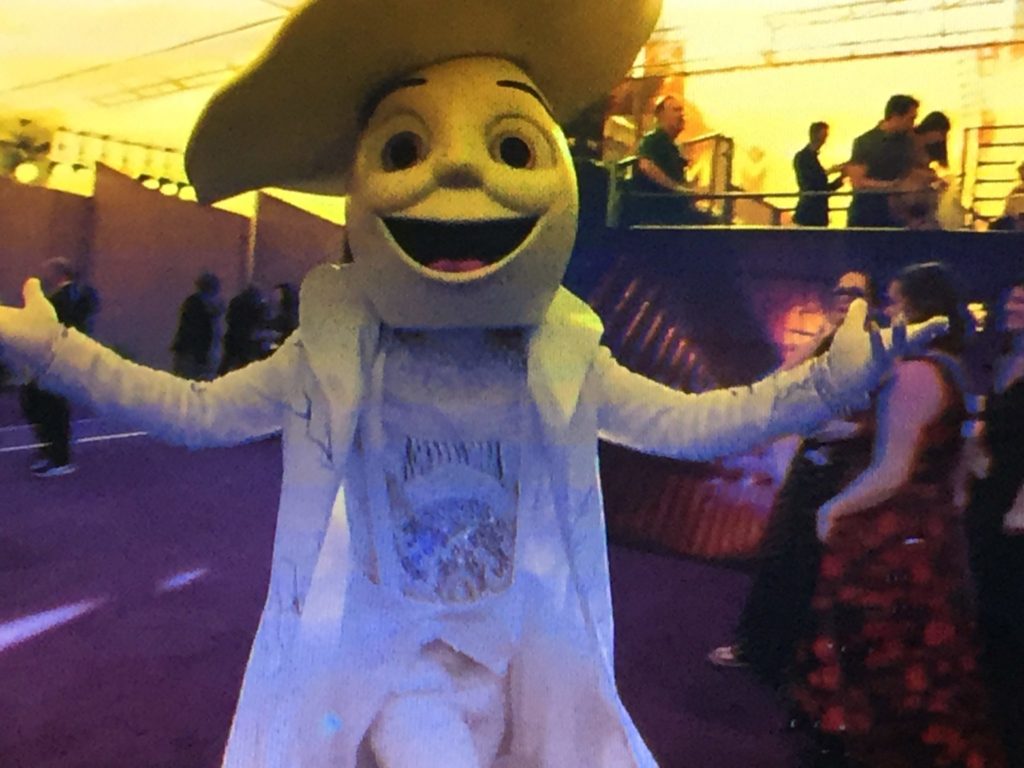 At noon, I turned on the TV to the KTLA channel, where they mostly talked about Emmys Fashions, but modeled on the “Purple Carpet” this year. I noticed gowns in red shades, pink shades, and lots of purple shades. Popular styles include cut-outs, shiny fabrics, sparkling gems on men’s jackets, half capes, mermaid gowns, sheer, satin, and chiffon. Yellow gowns are still popular, as well as pale neutrals and soft pastels. 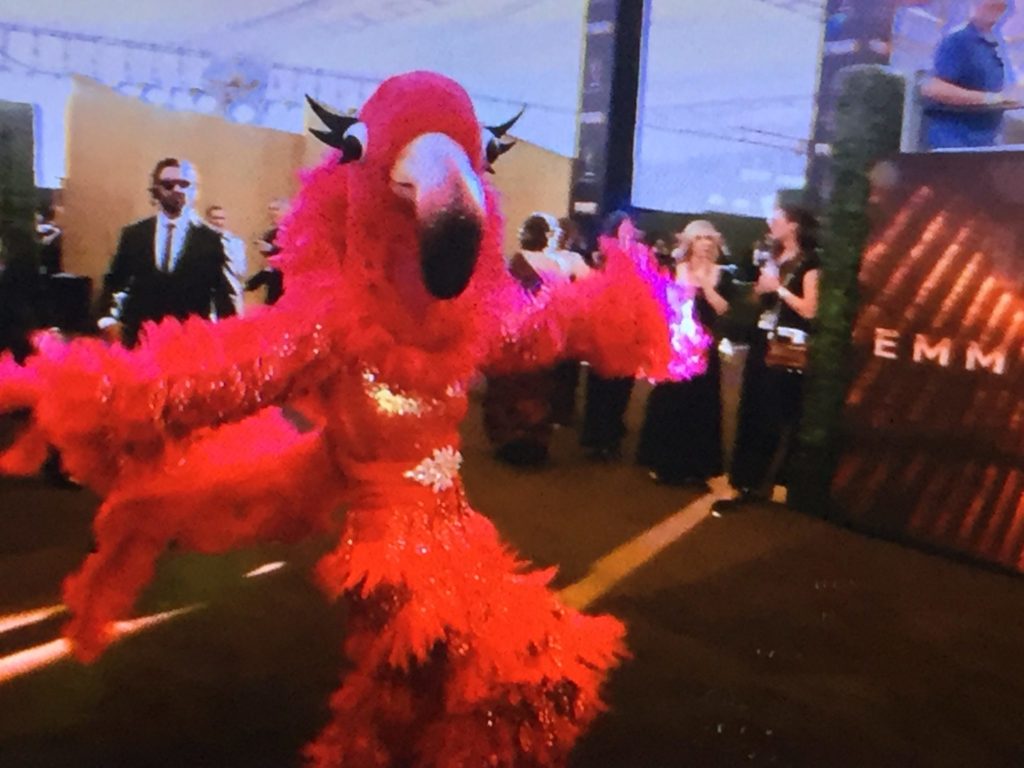 Celebrities go through a spa treatment before getting ready for the Emmys. For glowing skin, they use Cana Gold facial treatment. Hair products are promoted at Kohls, which are endorsed by their spokesmodel, Kendall Jenner. 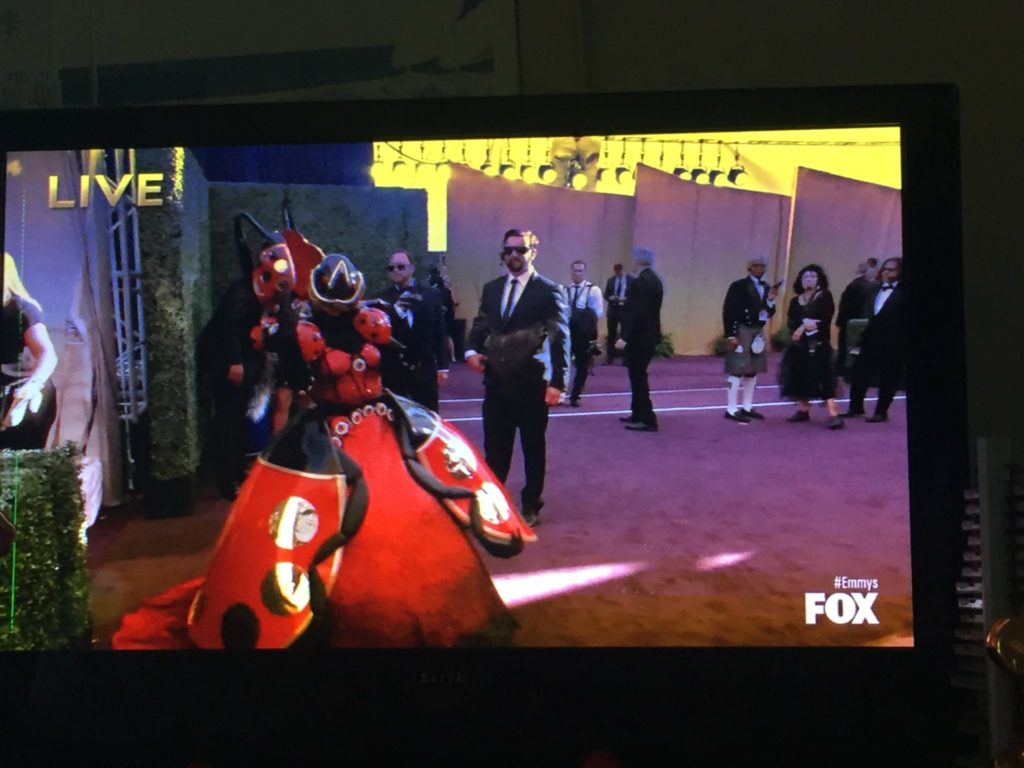 There were some snapshots for an Illuminati masquerade party of celebrities wearing crazy animal masks and costumes, which I think it is about promoting beastiality. The Emmys food will be at a bowling center, which includes an arcade and bowling alleys as well as cocktails. In 1949, the ticket to the Emmys only costed $5. I wonder how much it costs now. 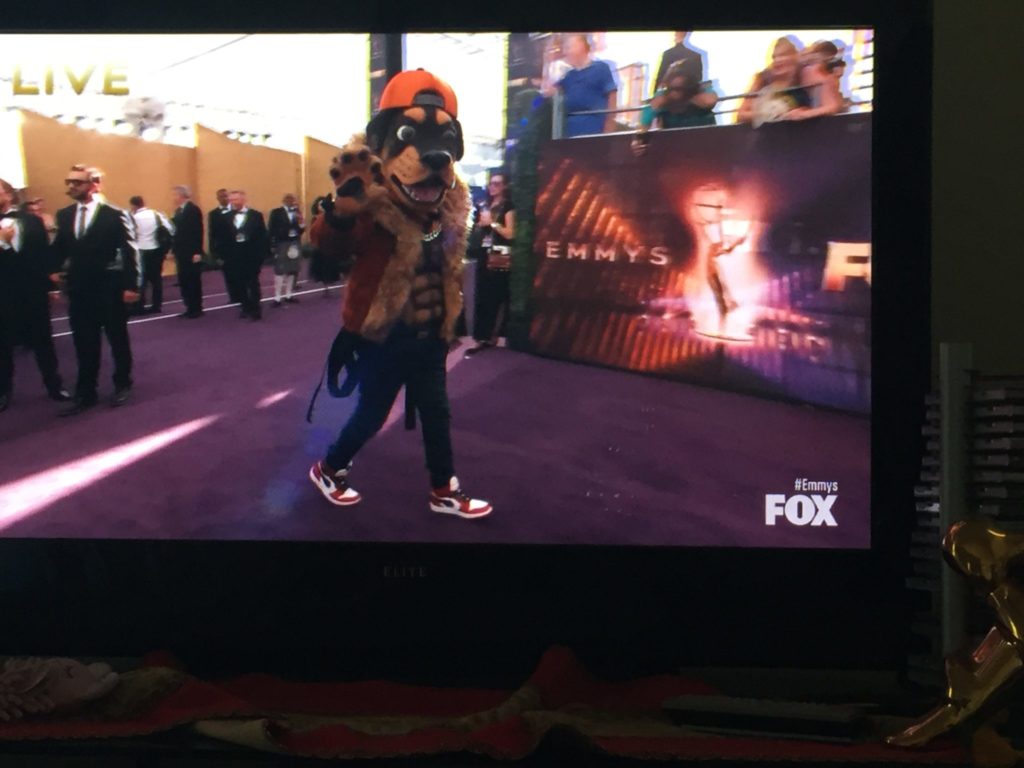 They promoted Nordstrom Rack for the best Fall 2019 and Emmys 2019 fashions. (I have been shopping at Nordstrom Rack since the eighties). Some popular Fall 2019 must-have include faux fur, midi skirt, faux fur vest, white sneaker, coatigan—combo of coat and cardigan, puffy jacket, and over-the-knee boots. Facial treatments include facial massage and mask, before the makeup is applied on clean and soft skin. Rouxbeauty—gray roots coverup—is sold at Sallys. (I need to get some). Mona is a natural a d vegan deodorant. Fingerless gloves are also popular, especially for driving. Bronzer is also a must-have makeup item. Other popular clothing includes gym clothes and hair pins. 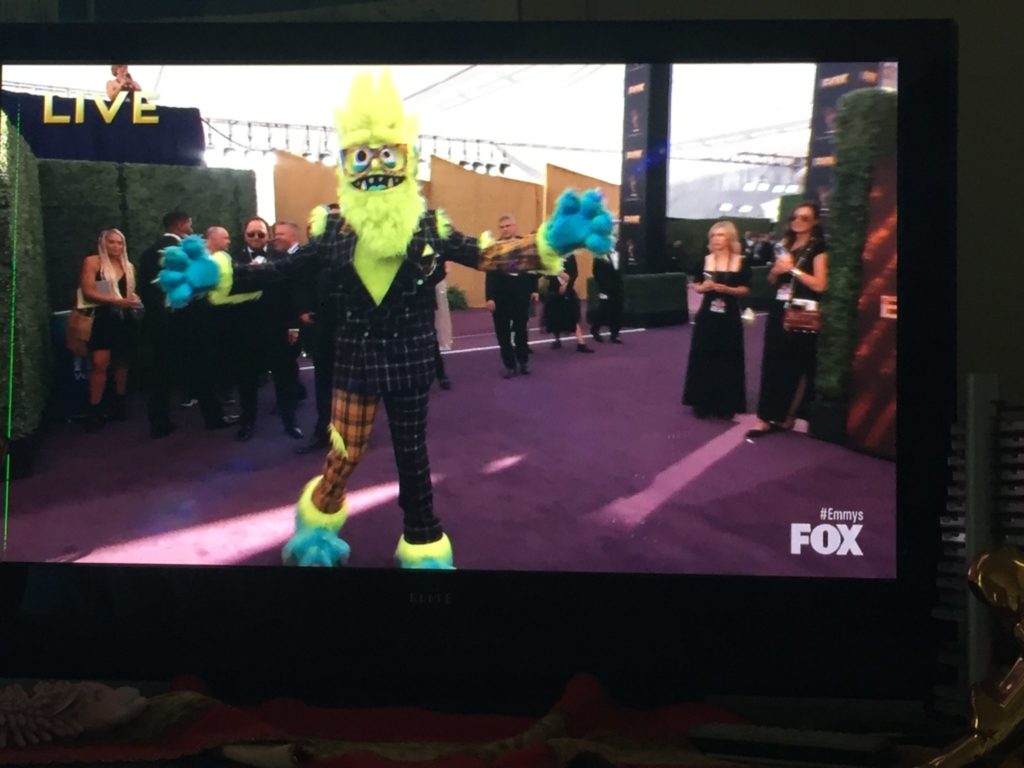 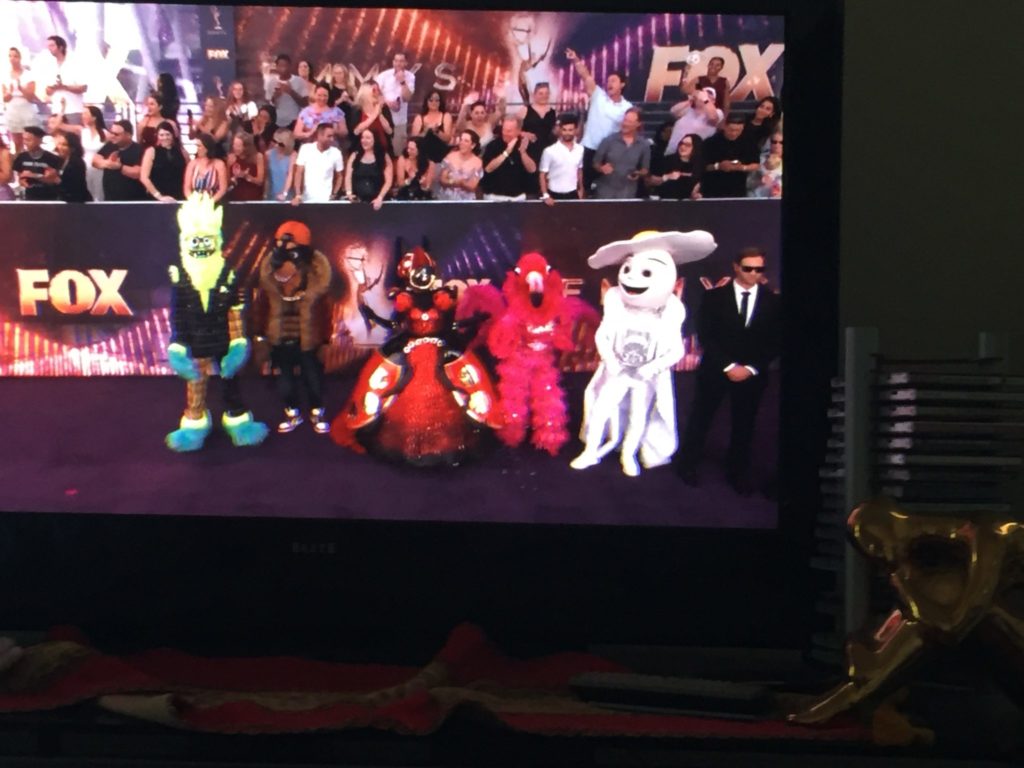 At 1:00 pm, they talked about some popular TV shows. Connors without Roseanne seems to be a hit because the cast seems to have pulled it off without her. It is noted that dramas are better on Cable TV because Network TV has more comedy and sitcoms. Viewer trends include Netflix streaming and Amazon movies, which includes Jack Ryan and Goliath. 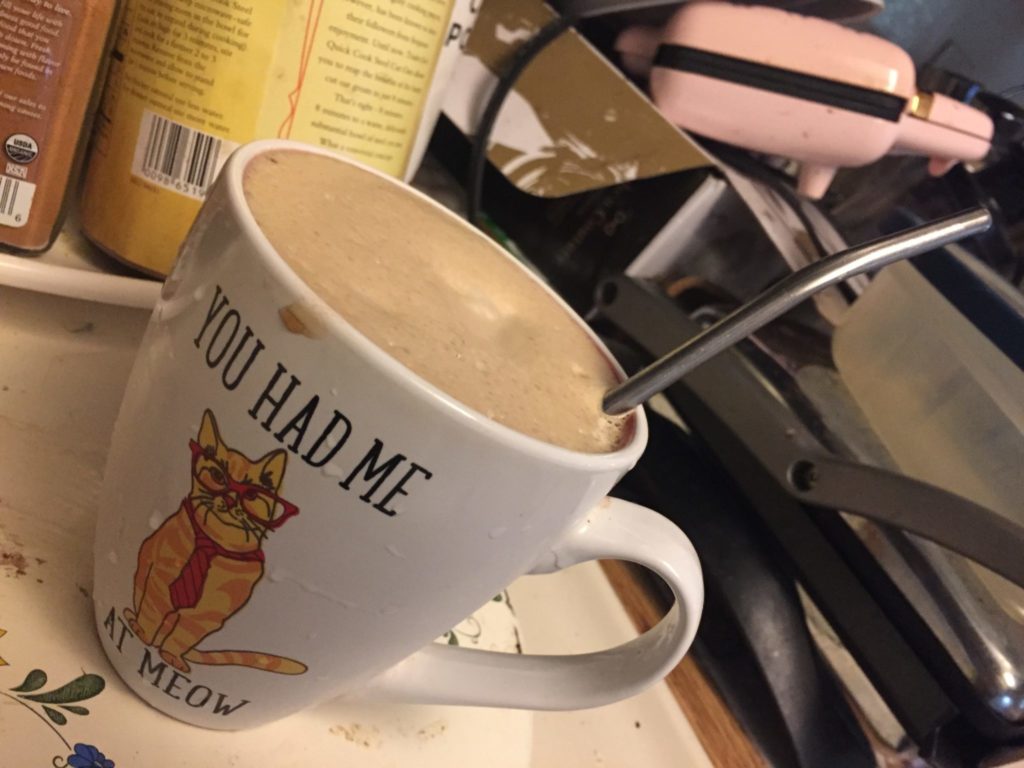 At 2:00 pm, I changed the channel to FOX, and continued to watch the countdown. The setting was at the Microsoft Theatre, and the weather in downtown Los Angeles was 91 degrees Fahrenheit. Seated at the bleachers, facing the Microsoft Theatre and purple carpet were fans, each waving a cardboard fan of a white-face mask. On the Terrace, this year’s sudden purple carpet is explained as a connection with “royalty” or “The Royals” because it is very expensive to dye the carpet to a purple color. But I am sure it also has to do with the Royals and Prince Andrews. (Let’s not forget that the color purple is a combination of red and blue, and red and blue are symbolism for satanism).

As a drone flies over downtown LA, I notice a monochromatic gray landscape of different buildings, but the Ritz Carlton hotel pops out. The Staple Center also sticks out because of a huge red logo on the rooftop.

Youtube Influencer Olivia Culpo is dressed in a white ruffled gown, which looks like a fluffy white rose, filled with fluttering white petals, all the way down to the long train.

People inside animated animal costumes walk on the purple carpet, which includes a gangster dog with a fur-trim coat, a bright pink furry flamingo, and a happy Day of the Dead Skeleton.

It is noted that the Emmys Afterparty is the Amazon Party at Chateau Marmont in WeHo.

Kelly Osborne, dressed in a floral dress with dark and bold colors, now has a long neon purple hair with bangs. She blends into the Emmys’ purple theme.

Another popular trend for this year includes feathers and shorts outfit with huge hoop earrings, and lots of purple everywhere. I notice a boho lace gown in purple looks very goth. But there were also lots of floral print gowns in different colors and styles.

By 3:30 pm, Jenny McCarthy-Wahlberg is now a purple carpet host, dressed in a pale blue asymmetrical dress, black biker belt with silver studs, wrapped twice around her waist to cinch her waist, and black high-heel shoes, which actually looks like fun street fashions attire. She also sports an elegant and clean updo hairstyle.

I noticed many men are wearing an insect pin on their jacket lapel, such as a dragonfly or bumblebee. I wonder if it is a symbol for anything.

Milo V. promotes a 70s motorcycle daredevil, Evel Keneival, which I haven’t heard of in a long time. I wonder why they brought him up all of the sudden.

More people inside animated costumes pop up on the purple carpet that the ambiance is starting to look similar to an Illuminati Party. I notice a Ladybug animated costume.

Sarah Silverman, dressed in a sheer long-sleeve blouse with ruffles and black short dress with straps, is interviewed by Kelly Osborne. Although I liked Sarah’s casual outfit, she reminded me of Wednesday Addams.

Christina Applegate, dressed in a sheer gray gown with ruffles, has moved on from Kelly Bundy to an Emmy nominee. Catherine Zeta-Jones, wearing a red gown, walks with her husband, Michael Douglas, toward Jenny, who surprises them with a birthday cake because Michael and Catherine share the same birthday on September 25th.

As I watch this year’s purple carpet countdown to the Emmys, I realize it is very theatrical this year. Gwendolyn Christie’s gown looks more like a period costume from a Greek or Roman Empire movie, which includes huge statement earrings.

I watch some of the commercials and noticed symbolism, which includes pale pink, owl, one-eye, princess crown, and land of fairies.

Kelly mentions to Jimmy Kimmel that this year’s Emmys is a no-host.

I notice Sacha Baron Cohen and his wife Isla Fisher in the crowd, but they look quiet and serious.

Mahershala Ali wears an insect pin on his lapel, but I am not sure if it is a dragonfly or bumblebee.

I notice Dior’s Joy commercial, where Jennifer Lawrence is their spokesmodel, mostly swimming in a pool with red lipstick.

Back on the purple carpet, I notice Gwyneth Paltrow, Kendall Jenner, and Kim Kardashian in the crowd, before Marisa Tomei, dressed in a red and pink gown, stops for an interview. Brittany Snow wears a sheer pale blue gown.

Fourteen minutes before the ceremony starts, I notice Paul Reiser in the crowd.  RuPaul, dressed in a pink and black suit, is interviewed by Kelly Osborne. It is noted that Jenny McCarthy-Wahlberg and Bob Odenkirk graduated from the same college. A tall trannie, dressed in pink and black ruffled dress, and a gay guy promote LGBT as well as a gay event on October 8th.

I notice a Loreal commercial, where Elle Fanning is their spokesmodel. 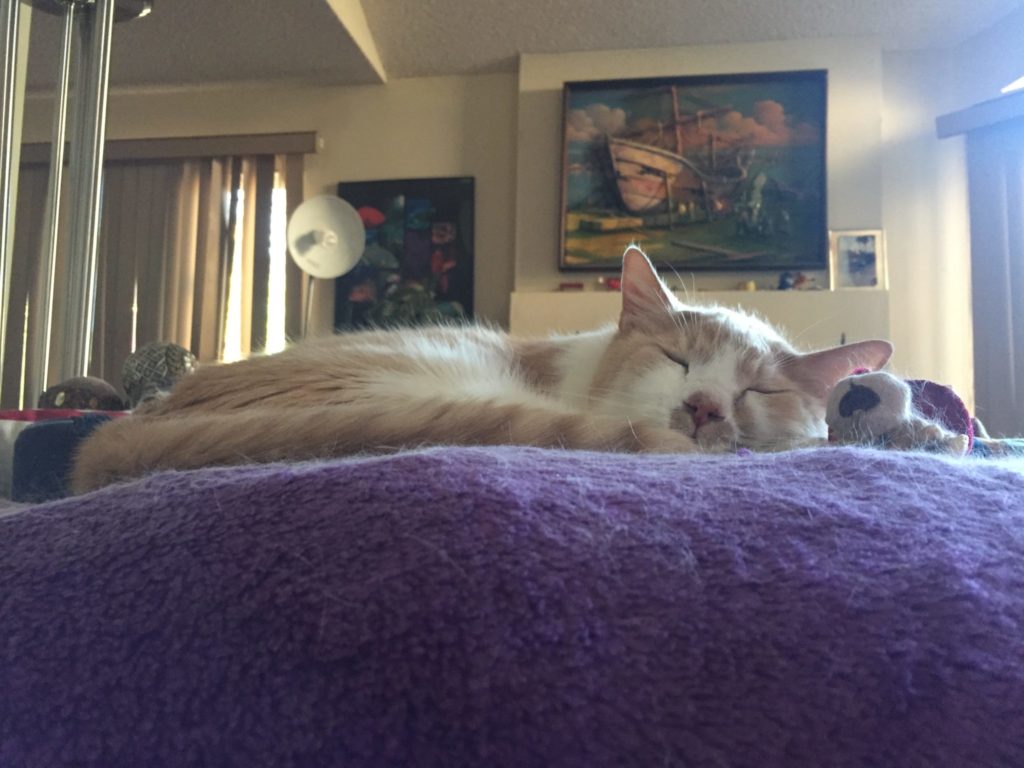